Allergy or Side Effect? 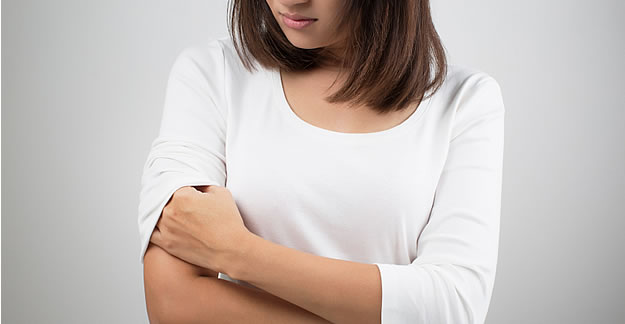 Think you’re allergic to a drug? Think again — it may be a side effect.

Many people may self-diagnose an allergy to a medication when they have experienced an undesirable reaction to it. But what is it that makes people think that’s the case — why don’t more of us suspect a side effect? How do you know if it’s an allergy or a side effect?

It can be hard to tease out the differences, but it’s important to know. If it’s a side effect you might be able to manage or minimize the side effects and benefit from the medicine. If you’re allergic to a medicine, you can’t use it, even if it’s the most effective drug for your illness.

For example, 10% of the US population believe themselves to be allergic to penicillin but only 1% are. Check out this excellent infographic from the CDC. Penicillin is often the first choice of care for doctors because it’s effective, inexpensive and does not add to the antibiotic-resistance problem that is a growing concern for all healthcare.

How often adverse events occur isn’t fully clear. Unwanted reactions from drugs are thought to affect 10% of the world’s population and as many as 20% of patients who are hospitalized.

‘Allergies have to develop. None of us are born with them.’

Hospital statistics show that adverse drug reactions (which include both allergies and side effects) happen in about 6% of hospital admissions, according to Andrew Alexander, MD, director of clinical education and associate clinical professor of family medicine at the University of California Riverside. “Of these 6%, 1% will die of their reaction,” he points out.

When is it an Allergy?

According to the American Academy of Allergy, Asthma, and Immunology (AAAAI), allergic reactions account for 5-10% of adverse drug reactions. Dr. Alexander says new data suggests that allergies are responsible for 33.7% of adverse drug events.

Penicillin famously comes to mind for drug allergies, and it may very well be the most common drug allergy, with as many as 10% of people being allergic to the antibiotic. Patients may also report being allergic to sulfa drugs, including sulfa-antibiotics like sulfamethoxazole (Bactrim, Septra, Septra DS) and the arthritis drug sulfasalazine (Azulfidine).

An allergic response happens when your body has come into contact with a substance that is sees as foreign. In order to get rid of this undesirable substance, your body recruits the help of special cells in your immune system that launch a response to get rid of the foreign invader. Some allergic reactions may occur immediately, while other reactions may take hours to develop.

Common allergic reactions to a medication are similar to what you might feel with seasonal or food allergies: a rash or hives, swelling of the lips or face, itching, and wheezing. An allergic reaction to a drug you’ve swallowed will affect your whole system as compared to a pollen allergy that more commonly would affect only your respiratory tract.

If you take a medicine often or for a long time your body may begin to produce antibodies to the drug that trigger a reaction at unpredictable time.

It’s important to note, too, that you might not have an allergic reaction to a drug the first time you take it. As Dr. Alexander points out, “Allergies have to develop. None of us are born with them.” If you take a medicine often or for a  long time your body may begin to produce antibodies to the drug that trigger a reaction at unpredictable time. This is another reason to use the lowest dose of medicine for the shortest time possible and as infrequently as possible.

Suzanne Robotti’s experience is not unusual. Robotti, founder of MedShadow, was told to take Aleve (naproxen, a common NSAID) every day for back pain until her follow up appointment. Because of scheduling problems she saw the doctor 6 weeks later, rather than 2, while continuing to take Aleve daily, as prescribed. A few days before her follow up appointment, she noticed her palms got itchy when she took the pills, a classic allergic sign. “My doctor told me I’d taken it so long that I’d developed an allergy to it.” The doctor warned her she should never take NSAIDs again as the allergy could increase with further use.

If any of the following symptoms of a severe allergic reaction — anaphylaxis — crop up, tell your doctor right away:

When is it a Side Effect?

Unlike drug allergies, side effects do not involve the immune system. Rather, they’re often caused by the way a medication works. Let’s say a drug lowers blood pressure by relaxing the blood vessels — it might cause dizziness (when blood vessels are more relaxed, it may take a little bit longer for the blood to reach the brain when you stand up, for example).

“Vomiting is usually a side effect,” says Dr. Alexander. “Insomnia, sleepiness, nausea and diarrhea are also classic side effects.” Other examples of side effects include headaches, dizziness, palpitations, sluggishness and constipation.

Drug-related side effects occur much more frequently than allergic reactions — even though people may think the opposite is true. Why are patients more willing to ascribe a bad reaction to an allergy rather than a side effect? It’s about our understandable desire, after experiencing a bad reaction, to avoid ever feeling that way again — so instead of asking the doctor to adjust a dose or suggest other means of avoiding what might be a side effect (such as switching to an extended release form or taking the drug at a different time of day), we self-diagnose an allergy.

It never hurts to read the labels on your medications. Over-the-counter drugs are required to have drug information on the back labels, and if you don’t find all your answers there, you can usually find a toll-free number on the label to call so you can ask a specialist information about that drug.

Open communication is key. Try to give your healthcare provider as much information as possible regarding the signs and symptoms you experienced. Be as specific as you can — and don’t be shy. Sometimes the little details can make it easier to identify the cause of your symptoms, and the solution. Your doctor can also tell you whether your symptoms are actually caused by drugs or an illness.

Another option is to ask your doctor, nurse practitioner, or physician’s assistant what sorts of reactions you expect before you leave his or her office with a new prescription. Your pharmacist can also answer questions about your new medication and whether it could worsen effects of drugs you’re already taking.

Adverse reactions may have greater effects in special populations. For example, people ages 65 and older, as they are twice as likely to seek treatment from an emergency department and 7 times more likely to land in the hospital due to some unwanted drug event. However, the fact that people in this age group tend to take more medications may increase this risk.

Prescription drugs often come with patient information guides that offers more information about the drug you’re taking, how to take it, potential side effects, and other medications. Ask your pharmacy for help if you don’t have an information handout. They can probably print you out a copy.