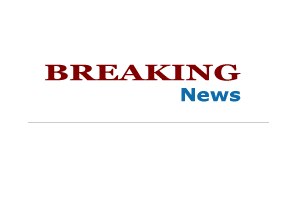 Pressure is mounting as 25 international societies have now joined the Androgen Study Group’s petition to the Journal of the American Medical Association (JAMA) to retract a misleading paper about cardiovascular risks for men taking testosterone therapy. These professional societies, including the American Society for Men’s Health, the International Society for Men’s Health and the International Society for the Study of the Aging Male, are dedicated to education and research in men’s health, endocrinology, andrology and sexual medicine. By signing this petition, they join more than 160 leading experts from 32 countries.

The press release says that a failure to retract amounts to “medical literature malpractice.” “This is the first time in history a worldwide community of distinguished researchers, scholars, and clinicians has united to demand removal of a study from the literature,” stated Abraham Morgentaler, Chairman of the Androgen Study Group, which submitted the petition to JAMA. “This unprecedented action is a complete repudiation of the false information published by JAMA that has harmed public health, distorted medical science, and violated the trust between medical journals and the consumer. Although science must always be open to new information and ideas, the wholly unreliable data in this study by Vigen et al. categorizes these results as misinformation.”

For background, my first post outlined the major study errors not recognized by mainstream media and my updated post detailed the original petition by the Androgen Study Group on March 25, 2014. The original petition outlined additional glaring errors in the testosterone study, such as error rates ranging from 44-89%, and the mind-boggling disclosure that one out of eleven “men” in the study were actually “women.”

Now, more bad news surfaces as more than two-dozen additional societies add their names to the call for retraction. According to the press release, JAMA sat on corrected results for two months before publishing the correction that raw risk rates were actually complex, statistically manipulated figures. “People find it hard to believe that JAMA would publish a study in which the percentages of men who suffered an adverse event was lower by half in men who received testosterone than untreated men, yet results were reported as if the opposite were true, thanks to absurdly complicated statistical manipulations of the data,” stated Andre Guay, MD, Clinical Professor of Endocrinology at Tufts Medical School. “Now we find out this is the gang that can’t shoot straight. In my 40 years in medicine I’ve never before seen a paper that says, ‘Here are our data, give or take a thousand individuals.’ There is nothing believable in this study.”

Why are all of the study errors significant? Because misinformation can lead to damages for both patients and doctors.

In the press release, Mohit Kera, MD, Associate Professor of Urology at Baylor Medical College, states, “This article has caused enormous damage. This article created an unfounded negative perception of testosterone therapy. Physicians discontinued treatment for men who were benefitting from treatment. It harmed physician-patient relations, as patients ask why their physicians placed their health at risk. And a new field of medical malpractice has sprung up overnight, with plaintiff attorneys in the US advertising nationwide for patients who suffered a stroke or heart attack after receiving testosterone. And it’s all based on pure nonsense.”

Litigation is certainly springing up quickly. A mere four days after the FDA’s safety announcement in January, 5 men filed a lawsuit in federal court in Chicago, where four claim they experienced heart attacks and one says he had a stroke after taking AndroGel. A petition to consolidate federal AndroGel lawsuits in Illinois was filed just this week.

“JAMA has been complicit in creating a media frenzy regarding false risks, and is directly responsible for the new wave of medical malpractice cases against physicians. For the good of consumers, physicians, and science, JAMA should retract the article before it causes even more harm, accompanied by a letter explaining how its editorial process failed and steps taken to correct it,” stated Dr. Morgentaler.

How long will it take JAMA to respond? JAMA has not answered my request for comment and Dr. Morgentaler tells me that JAMA has not responded directly to the petition. He says their first response to journalists a few weeks ago was that they were not retracting the study but more recently indicated they were considering it.

Time will tell if JAMA responds to the stiff opposition from this unprecedented action. *UPDATE: JAMA responded to my request for comment, saying that they are declining to retract and confirming that it is rare for JAMA to retract any papers: “It depends on the circumstances, but there is a thoughtful review by several editors and follow up with the lead author of the paper. This group wrote to us on March 25, and JAMA is declining to retract.”

In the meantime, if you or someone you care about is considering using testosterone therapy, find a complete discussion about considerations and links to additional resources in my feature story, Low T: Separating Facts From Frenzy.

This website uses cookies to improve your experience while you navigate through the website. Out of these, the cookies that are categorized as necessary are stored on your browser as they are essential for the working of basic functionalities of the website. We also use third-party cookies that help us analyze and understand how you use this website. These cookies will be stored in your browser only with your consent. You also have the option to opt-out of these cookies. But opting out of some of these cookies may affect your browsing experience.
Necessary Always Enabled
Necessary cookies are absolutely essential for the website to function properly. These cookies ensure basic functionalities and security features of the website, anonymously.
Functional
Functional cookies help to perform certain functionalities like sharing the content of the website on social media platforms, collect feedbacks, and other third-party features.
Performance
Performance cookies are used to understand and analyze the key performance indexes of the website which helps in delivering a better user experience for the visitors.
Analytics
Analytical cookies are used to understand how visitors interact with the website. These cookies help provide information on metrics the number of visitors, bounce rate, traffic source, etc.
Advertisement
Advertisement cookies are used to provide visitors with relevant ads and marketing campaigns. These cookies track visitors across websites and collect information to provide customized ads.
Others
Other uncategorized cookies are those that are being analyzed and have not been classified into a category as yet.
Save & Accept