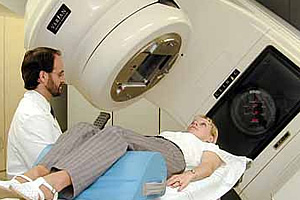 How do you know if your doctor is following updated guidelines? Especially if you don’t even know guidelines exist?

A significant number of women with lumpectomies are getting twice the amount of radiation treatments they are supposed to. 4 years ago the American Society of Radiation changed its guidelines, cutting the length of time for radiation from 5-7 weeks to 3-4 weeks for certain women. The doses of radiation are increased.

Of the 2 types of early breast cancer groups that qualified for shorter radiation, called accelerated partial-breast irradiation, only 34.5% of those who were in the “recommended” group got the shorter radiation and 21.2% from the group who were “permitted” got the shorter course in 2013. A New York Times article reported “60 to 77% of women with breast cancer have lumpectomies — a total of about 140,000 to 160,000 women.”

The shorter course of radiation has been proven equally effective, less expensive and women overwhelmingly prefer it. The studies concluded that the old and new methods were equally effective, but one separate study found that the shorter course method is much less toxic as compared to the conventional approach. In addition, women who received the new shorter duration of radiation were found to cite greater well-being and less fatigue 6 months after the radiation ended.

So why are doctors prescribing the longer courses of treatment? The “reasons” are outrageous. Bruce G. Haffty, MD, a professor and chairman of the department of radiation oncology at the Rutgers Cancer Institute of NJ, explained in The New York Times article that “If a physician is doing 5 to 7 weeks of radiation for 25 years … You are comfortable with the outcomes, patients are satisfied. Now you’ve got something that perhaps costs a bit less, but you wonder: Is it as effective?”

In my opinion, that’s not the doctor’s decision. It may be that some doctors discussed both options with women patients expressing their concern or preference for the older treatment. In that case, fine. Giving a patient all the facts and allowing the patient to come to a decision is a great aid to recovery, the patient is engaged, confident and invested in the healthcare path.

But in cases where the doctor perhaps isn’t as forthcoming and simply prescribes the outdated course of treatment, that’s just not right.

In 2011 the guidelines for radiation treatment (pdf) were changed by the American Society for Radiation Oncology. They found that cutting the number of treatments in half and increasing the dosage was just as effective as the longer method. This recommendation is based on 4 high quality studies that were reviewed. The ASCO Post (a publication from American Society of Clinical Oncology) describes 2 groups who are qualified. It was recommended for Group 1, which consisted of patients with early-stage breast cancer who are age ≥50 years, have pathologic stage T1 or T2N0, have no prior chemotherapy, and have radiation dose heterogeneity higher or lower than 7% of prescription dose. Group 2 was not as conclusive, but still permitted. This group consisted of  women with early-stage breast cancer, including those aged < 50 years.

The guidelines note that the shorter duration radiation for patients not meeting all the criteria listed in the first 2 groups was not prohibited nor did they oppose it, but rather that the evidence was not sufficient to reach consensus for such patients. The notation was phrased carefully, but I think it means shorter duration radiation should be discussed in most lumpectomy cases. It won’t be appropriate for all, but it’s likely a good option for many more cases than just those in the first 2 groups.

This type of medical discrepancy between what is recommended and what is practiced is one key reason you must go for a 2nd opinion, check the internet and search sites like MedShadow. The doctor is your health care partner, but you are the person who suffers if the extra weeks of radiation don’t offer a benefit.

Your life and your well-being are paramount. Different doctors have varying opinions based on years of training and experience. Avail yourself of more than one point of view. You’re worth it.