The Low T Story: Hunting for the Truth 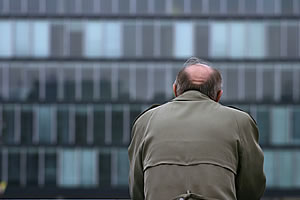 Truth and things that sound like the truth are not the same, especially for health news moving at the speed of the Internet. It can be pretty easy to believe stories in major media publications where studies from reputable journals are cited.

While I was researching Low T: Separating Facts From Frenzy, I read many stories about the testosterone therapy news, like these at The New York Times, NPR, Los Angeles Times, Yahoo! Health and The Wall Street Journal.

The news about low T caught fire recently when two new studies suggested that millions of men may be risking a heart attack, stroke or premature death by using testosterone replacement therapy. Both studies were observational and retrospective, so I knew that any headlines or editorials suggesting a causal link were just click bait. Reputable outlets were careful to not overstep there.

Dr. Abraham Morgentaler, one of my story sources, took me through each study, confirming my issues and pointing out several more. He is Director of Men’s Health Boston and an Associate Clinical Professor of Urology at Harvard Medical School, Beth Israel Deaconess Medical Center. He lectures nationally and internationally, teaching physicians the latest information about the diagnosis and treatment of conditions affecting men’s sexual and reproductive health. He is also the men’s health expert who originally coined the term “low T” many years ago, long before it was co-opted by drug manufacturers.

In the most recent study, published in the peer-reviewed journal PLOS ONE on January 29, 2014, researchers looked at prescription data and health records. The study compared heart attack rates in 55,593 middle-aged and older men with a total T level below 300 ng/dL in the 90 days following their first testosterone prescription with rates during the year before they received the first prescription. Researchers reported that within 90 days, men age 65 and older taking testosterone therapy showed more than double the incidence of heart attack compared to a comparison group taking erectile dysfunction drugs and state that the risk was nearly tripled for younger men with existing heart disease.

Here are the issues with the study:

As with the PLOS ONE study, there is no way to know if the men actually took the drug or if their levels of testosterone changed or normalized over the time period evaluated.

The second study, originally published in the peer-reviewed journal JAMA on November 6, 2013, looked at data for more than 8,000 veterans with low testosterone (under 300 ng/dL). For a subgroup of 1,223 men who had coronary angiography, a heart test, they tracked data about heart attacks, strokes and death over a three-year period.

Here are the issues with this study:

“One of the dangers for the average educated reader, medical or otherwise, is that these studies have now become so technical and statistical that we’ve lost contact with whether something makes sense or not,” says Dr. Morgentaler.

I’m looking forward to see the results of the National Institute of Aging’s study, The Testosterone Trial in Older Men. As a randomized, placebo-controlled prospective trial among 800 older men, this study promises to deliver the quality of evidence we need to make informed medical decisions. The study is expected to be completed by July 2015.