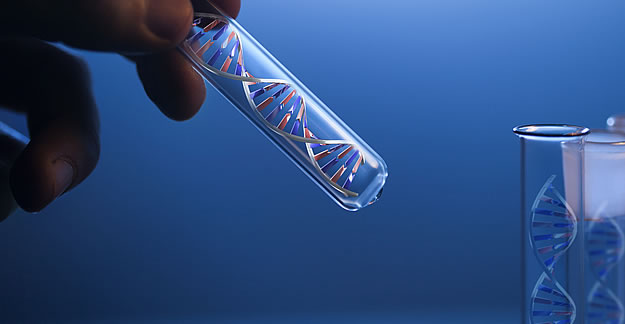 If you’ve watched drug commercials (and they’re impossible to avoid!), chances are you’ve heard the word “biologic,” and wondered what that means.

Biologics are products made from substances or components of living things (including humans, animals, and microorganisms). These can be blood products, tissues, or vaccines — but the ones you’re likely hearing more about are those used as medicines and treatments for a variety of health conditions.

“Drugs are typically manufactured through chemical synthesis and generally have well defined structures. Generic drugs are approved following the brand drug, having the same active ingredient, strength, dosage form, route of administration, and bioequivalency. The FDA then determines if the generic is therapeutically equivalent to the brand drug allowing interchangeability.

“In contrast, biologics are manufactured in living sources, and are often very large, complex molecules such as proteins. Therefore, the “generic” versions or biosimilars of these biologic products are more complex when manufacturing and thus being able to determine therapeutic equivalence. This overview highlights certain characteristics of biologics and biosimilars.” (from MPR)

While the name may sound scary, biologics have been around for quite some time. It’s not an accident you’re hearing it more. As medicine and technology become more advanced, more biologics are available than ever before. But are they any better than traditional drugs? It depends.

Some biologics — like those used to treat cancer as well as conditions such as rheumatoid arthritis, Crohn’s disease, and psoriasis — behave like drugs. In other words, they produce a drug-like response when they act on a target cell or protein in the body. For example, some biological cancer drugs (a good example is trastuzumab [Herceptin] for breast cancer) are designed to interact with specific cells in the body’s immune system. Through this interaction, these biologics strengthen your body’s immune response by encouraging the production of white blood cells.

Besides cancer-treating biologics, others are designed to treat autoimmune conditions, including rheumatoid arthritis, psoriasis, psoriatic arthritis and Crohn’s disease, as well as multiple sclerosis. Many of the newer biologics are easy to spot since their generic names end with the letters “mab,” which stands for monoclonal antibody.

Infliximab (remicade): treats moderately to severely active rheumatoid arthritis in adults, in combination with methotrexate; Crohn’s disease in children 6 and over; and psoriatic arthritis, among others (often used when people haven’t responded to other meds).

Biologics can be a good option to control inflammation caused by an autoimmune disorder like rheumatoid arthritis, but they’re actually not a first-line choice, and not for mild to moderate forms of these conditions. That said, inflammatory conditions like RA can eventually, if not controlled, damage many organs in the body — kidneys, heart, liver — not just the joints, or cause other problems like heart attack or stroke. In those cases, biologics can control RA better than drugs like methotrexate plus sulfasalazine, or methotrexate plus hyrochloroquine, which are other commonly used drugs and drug combinations (these drugs are called disease modifying anti-rhuematic drugs, or DMARDs).

In addition, DMARDs like methotrexate, glucocorticoids, and sulfasalazine have many side effects — some of which are unpleasant (bad diarrhea, nausea, changes in stool color, mouth sores, anemia). In theory, because biologics are designed to target a specific protein in the immune system that is unique to the way inflammation occurs in the body, they may be more specific than DMARDs and therefore may have fewer side effects. However, because the biologics used to treat RA target specific cells in the immune system, patients taking RA biologics may have fever, chills, and be more susceptible to infections. Also, biologics aren’t suitable for everyone, such as people who have TB or may have a dormant TB infection, and people who don’t like needles since they normally have to be injected.

Finally, biologics for autoimmune disorders, though effective, are expensive, and insurance often puts them into higher tiers that require prior authorization, or may require you to have “tried and failed” other drugs first.

In other cases, biologics — like blood transfusions, tissue transplants and gene therapy — help improve the way the body responds to health challenges. In gene therapy, doctors insert, replace, or manipulate a gene in your cells to help treat a disease. That said, this treatment is still considered experimental, so doctors tend to save it for patients who have difficult-to-treat conditions for which no cure exists.

Vaccines are another example of biologics. These substances are most often produced from the protein of disease-causing bacteria or viruses, which are then injected into the body. Exposing your body to foreign proteins helps the body’s immune system build a defense against the disease caused by that particular virus or bacteria.

Finally, some biologics are used to help diagnose disease, such as screening tests for HIV/AIDS, which involves collecting and testing human cells or tissue.

In additional to routine questions about how to use the biologic, general side effects, and interactions, some important questions to ask your doctor include:

Also, some biologics, such as vaccines, take time to work, so you might want to ask doctor how long will it take to see the positive effects.