4 Things to Know About PrEP for HIV Prevention 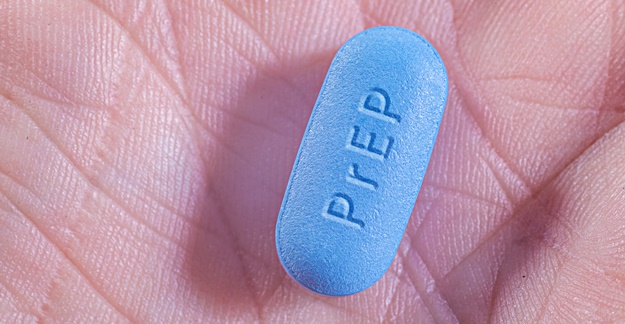 The PrEP regimen, which relies on taking the combination antiretroviral pill Truvada, can help prevent HIV. Here’s what you should know about it.

For decades, abstinence and condoms were the only options for preventing HIV.

Today, there’s a third: Truvada, a combination pill comprising 2 antiretroviral medications (emtricitabine and tenofovir) is approved by the FDA for HIV prevention. The protocol, called  PrEP (pre-exposure prophylaxis), is exactly what it sounds like — a chemical prophylactic against HIV that prevents infection, even if you are exposed.

It is, as Meagan Jordan — a 22-year-old who got a prescription for Truvada in 2015 — says, “an extra condom on top of a condom,” at least metaphorically speaking.

When the CDC issued its PrEP guidelines in 2014, Truvada became the latest scientific advance against HIV. Another is super-powerful medicines that can reduce the amount of virus in someone living with HIV to the point that they can’t pass it on.

But like birth control, Truvada doesn’t prevent other sexually transmitted infections (STIs). Truvada is there, says Martin Kramer, a physician assistant who runs the PrEP program at One Medical Group in San Francisco’s Castro District, precisely because no single method is 100% protective.

“Condoms break [and] people [with HIV] forget to take their medicine,” he said. “Especially if you are the vaginal- or anal-receptive partner in sex, your risk for HIV is high. This is added protection.”

1. Who Should Take PrEP?

It seems like it would be easy to figure out who’d be a good candidate for Truvada. The poster boys for PrEP are gay men, says Charlene Flash, MD, an infectious disease specialist who runs a PrEP clinic in Houston. But not so fast.

“Not every man who has sex with other men is a good candidate,” she said.

And it’s not only men. Women, even those who don’t engage in high-risk behavior themselves, might be good candidates for PrEP.

More important than sexual orientation are:

For women, risk is more subtle. Heterosexual sex is often how a woman acquires HIV, even when that woman only has 1 sexual partner. Assessing risk in women, then, is about assessing a woman’s own risky behavior, first, and then her partner’s. A partner’s STI history, drug use — even any hints that he might be hanging out with other women or men — increase an otherwise low-risk woman’s risk for HIV.

“No one wants to consider that their partner is unfaithful,” says Dr. Flash. “But there is a point where a woman says, ‘I know deep down in my heart that he’s sleeping with other people’ or ‘I know something is going on.’ If you can’t have a direct conversation, then perhaps you need something else, like PrEP.”

2. Where You Live Matters

Then, add in geography. People who date in communities without much access to health care, including many parts of the South, are more likely to have high rates of undiagnosed HIV, says Dr. Flash — which means relatively safe behaviors still carry higher risks for acquiring HIV. (You can find your community’s HIV rates on AIDSvu.)

Finally, think about the future, adds Dr. Flash: A desire to start a family with an HIV-positive partner or changing dynamics in a relationship might prompt the need for PrEP.

“Providers tend to only ask questions about what’s already happened,” she said. “Prevention is future oriented.”

There’s a small risk that you could still acquire HIV while taking Truvada. In the four years since its FDA approval, one person has acquired a Truvada-resistant strain of HIV while on PrEP. So PrEP, the regimen, is how doctors make sure you stay safe while you’re on Truvada, the medicine.

The PrEP protocol is mostly about testing and follow up, says Kramer. Before you start on Truvada, your provider will test you for HIV, pregnancy, other STIs and hepatitis C. He/she will also test kidney function, since Truvada can affect the kidneys.

If that’s clear, you’ll get a 90-day supply of Truvada. But before you can get a refill, you’ll have to come back and have most of those tests again.

“The thing I stress is the side effects and follow-up appointments,” says Kramer. “Some people try to get away with not doing follow up.”

The good news is that Truvada doesn’t interact with contraception or most other medications. But it may not be a good idea to add it to other common medicines that affect kidney function or bone mineral density, such as ibuprofen or corticosteroids. The same goes for patients with poorly controlled diabetes or hypertension, which can damage kidneys.

“Truvada is protective for HIV, but HIV is a rare event,” notes Dr. Flash. “Your likelihood of dying of heart disease as a result of hypertension or diabetes is much higher. I tell patients that they need to see a primary care provider at least once, even if it’s just to humor me. I’m here for your sexual health, but I want you to be fully healthy.”