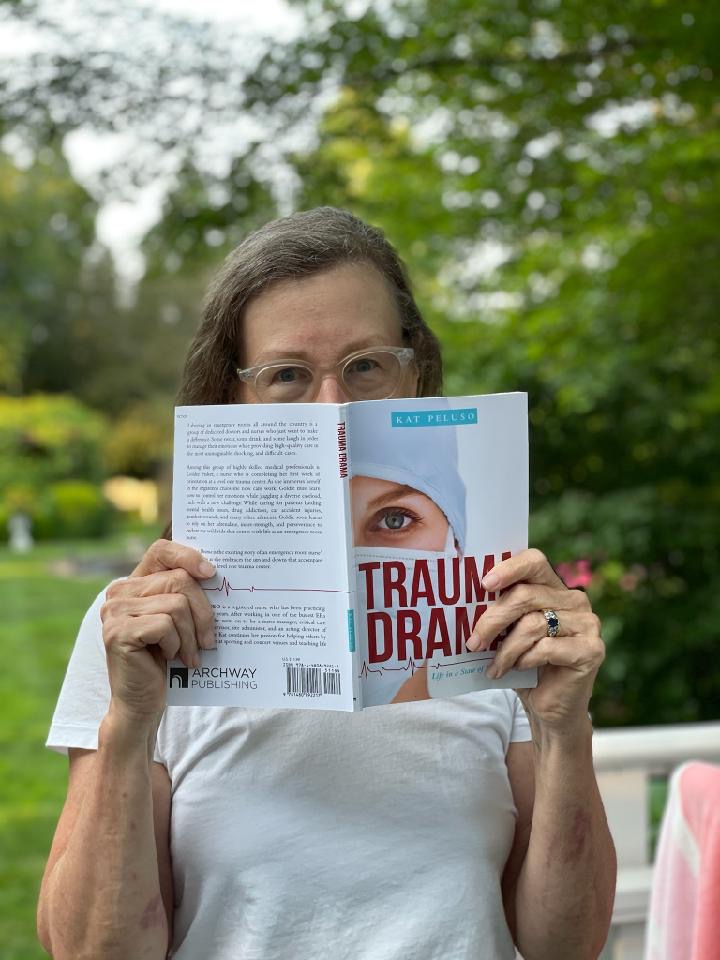 Trauma Drama is Kat Peloso’s novelization of nurse Goldie’s first few weeks transitioning into the emergency room (ER) after a decade of being an operating room nurse. Each chapter recounts another hair-raising story based on the controlled mayhem in the ER of a Level One trauma center. Not surprisingly, it reads like a memoir, because Peloso was once an ER nurse. The novel starts with a disclaimer that the names and other details have been changed to protect identities.

Goldie’s enthusiasm for this cesspool of gunshots, overdoses and dangerously angry patients is at first hard to believe. Her response when she learns she’ll be trained in how to preserve forensic evidence when dealing with trauma and sexual assault? “Wow, I can’t wait.” Yet I ultimately do believe the sentiment, because Peloso convincingly conveys Goldie’s enjoyment of her work’s adrenaline rush.

In the trauma center, everyone on the medical team gets along. The doctors are “awe-inspiring,” and a nurse who appears to be a “hard-ass, but here she is so loving and caring…” The humor reminds me of the 1970s TV show, M*A*S*H. In the novel, a young adult, beaten outside a nightclub, has a salami taped to the inside of his thigh to create a very long bulge. An assisting nurse’s response? “I guess we know why he was beaten.“ Chuckles all around.

There’s a lot to be said for a novel that can maintain humor and optimism in an ER. The page before the bulge incident, a drug dealer was spitting at the doctor and cursing Goldie, while having drugs pulled from his rectum. The stories roll into each other reflecting the fast pace and the incredible variety of health situations the ER staff has to deal with. Despite the deeply serious nature of ER care, Trauma Drama is a bright, lively, fun read.

Is It Burnout or Depression?