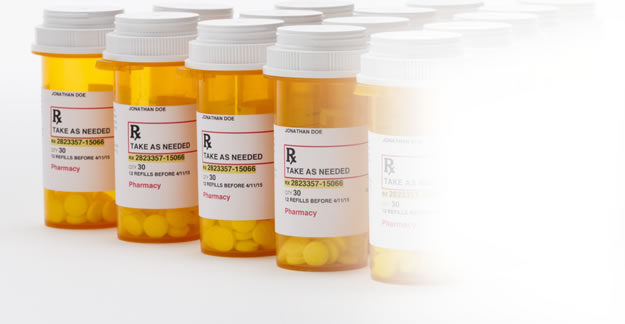 That’s how much pharmaceutical company Merck paid to people and families who claimed the painkiller Vioxx harmed them or their loved ones. In one of the largest civil lawsuit settlements in recent history, the Vioxx manufacturer in 2007 agreed to pay $4.85 billion to people involved in the 27,000 outstanding Vioxx lawsuits against Merck. Those cases claimed that Vioxx was linked to stroke, heart attack or premature death. But while the company agreed to settle, it never admitted the drug was at fault.

Many drugs that come on the market with promise, are advertised to the hilt and taken by thousands or millions of people around the world — and then either quietly (or with a big splash, as with Vioxx) disappear. Why? Here are 4 reasons:

1. Clinical trials aren’t as big as you think, explains drug safety expert Glen Schumock, PharmD, the head of the department of pharmacy systems, outcomes and policy at the College of Pharmacy at the University of Illinois, Chicago. Some may enroll as few as 1,000 people, and while all side effects are noted, some are uncommon. “Say there’s an adverse effect in 10 out of 100,000 people, but if you only have 6,000 people in your trial, you might not see that side effect because the frequency is so rare,” says Schumock. Consider, though, when that drug is given to 1,000,000 people — that means 10,000 people will have that “rare” side effect. (See our blog, “Do Rare Side Effects Happen?”)

2.”Real world” use of a drug differs, sometimes dramatically, from what goes on in a clinical trial. People selected to take part in a trial “typically have to meet some kind of criteria that is designed to give the drug the best chance to work,” says Schumock. Trial subjects may not be as sick as the average patient, are not taking other medications, and don’t have other diseases. Such participants are also highly monitored, typically seeing a medical professional every couple of weeks. Clinical trials are controlled environments. The real world, well, isn’t.

3. Time plays a role. Once a medication is approved by the FDA, patients and physicians may discover negative food or other drug interactions that didn’t occur during the trial’s timeline.

4. Off-label prescribing may bring up unexpected issues. A drug may be approved for one condition or population, but physicians are free to prescribe it for other uses or people, including children or the elderly, says Schumock. This can be problematic: children can be more sensitive to a drug’s side effects; the elderly, who may be more likely to have kidney function problems, might be exposed to more toxicity because the drug leaves the body at a slower rate.

All this helps explain why some drugs might get pulled from the market — either thanks to legal or regulatory pressure, or voluntarily on the part of the manufacturer — but you may not always hear that a drug is no more. Here are 8 drugs that, while coming to the market with gusto, have since disappeared from shelves:

For those dealing with severe nodular acne that didn’t respond to other treatments, Accutane offered the promise of clear skin. Manufactured by Roche and available in the US since 1982, the pills were taken over a period of several months, and were known to cause severe birth defects. Users had to pledge to use two forms of birth control and avoid pregnancy during and up to one month after an Accutane regimen.

While the birth defect link was well-known, later lawsuits against Roche contended that in some people, Accutane use was linked to inflammatory bowel disease, ulcerative colitis, Crohn’s disease, and increased instances of suicidal thoughts and/or actions. According to a Bloomberg report, more than 16 million people used Accutane between1982 and‘til 2009. That year, Roche stopped manufacturing Accutane, claiming that increased competition from generic drugs affected sales. A report in the Federal Register a year later noted that the company stopped manufacturing the medications — but not for safety or effectiveness reasons.

Both these products were NSAIDs, manufactured by Pfizer and Merck, respectively. Bextra was prescribed to treat the aches, inflammation and stiffness from osteoarthritis (OA) and adult rheumatoid arthritis (RA), and also for menstrual cramps. Similarly, Vioxx treated OA, adult RA, and painful periods, but it was also approved to help some kinds of juvenile rheumatoid arthritis, acute pain in adults and migraines. Very quickly Bextra use became linked to higher rates of severe cardiac events such as stroke, heart attacks, and death, as well as rare, serious, and potentially fatal skin reactions, according to the FDA. It was eventually pulled from the market in 2005 after being FDA-approved just 4 years earlier. Vioxx, available from 1999 to 2004 and used by an estimated 20,000 Americans, more than 20,000 million people around the world, was also connected to a higher risk of developing a serious cardiac issues including heart attack, stroke, and/or death. Merck withdrew it in September 2004

With so many people obese or overweight, these pills offered another tool to help shed weight, along with the standard recommendations of a healthy diet and increased physical activity. Both Meridia, made by Abbott Laboratories and available from 1997-2010, and Pondimin, available from 1973-1997 and produced by Wyeth-Ayerst Laboratories (the pharmaceutical division of American Home Products Corporation), were believed to be connected to higher risks of heart issues.

A large-scale trial linked Meridia to non-fatal strokes and heart attacks, and Abbott agreed to take the medication off the American marketplace in 1997. The FDA estimated about 100,000 people took Meridia. Pondimin was the brand name for the generic “fen” half of the so-called  “a blockbuster” diet drug, Phen-Fen. More than 18 million prescriptions were written for the combo in 1996 alone and it was taken by about 6 million people before Pondimin was recalled in 1997. Phen-Fen was linked to both heart valve deformities and also primary pulmonary hypertension, according to research published in 1997. Pondimin left the market that year — though phentermine, the “phen” of Phen-Fen, remains available. American Home Products in 1999 agreed to pay $3.75 billion to settle about 6,500 lawsuits affecting more than 11,000 people, according to a New York Times report.

GERD (gastroesophogeal reflux disease) happens when stomach acid or digested food backs up into the esophagus. Propulsid, made by Janssen Pharmaceutica, a part of Johnson & Johnson, and available in the U.S. from 1993 to 2000 (during which about 30 million Propulsid prescriptions were written), provided relief from the pain and burning. Yet studies showed that Propulsid caused irregular heartbeats, sometimes fatal, particularly in children being treated for spitting up. In 2000, Janssen announced they would stop advertising Propulsid and make it available only through a limited program for adults, children and infants who could show that they couldn’t tolerate other medications to treat their GERD and its related problems such as failure to thrive in newborns or children or severe, chronic constipation in adults.

This weekly-injection medication made by Genentech was used to treat moderate to severe plaque psoriasis, a skin condition characterized by red, scaly patches. While the drug was FDA-approved in 2003, the manufacturer announced it would withdraw Raptiva in 2009 because of rare but potentially fatal brain infection called progressive multifocal leukoencephalopathy (PML). In that six-year period, about 46,000 people took Raptiva; three of them were diagnosed with and died from PML, with a fourth diagnosis possibly linked to Raptiva use.

Manufactured by Novartis since 2002 but discontinued in 2007, Zelnorm was marketed to women with constipation and irritable bowel syndrome. Research suggested a possible link for Zelnorm users — some 500,000 Americans alone — with a “statistically significant” risk of developing strokes, heart attacks, or other heart issues, according to a CNN report. Today, the company still provides the medication for people who are otherwise facing life-threatening health issues without it.