Consumers Wake Up to the Reality of Insomnia Pills 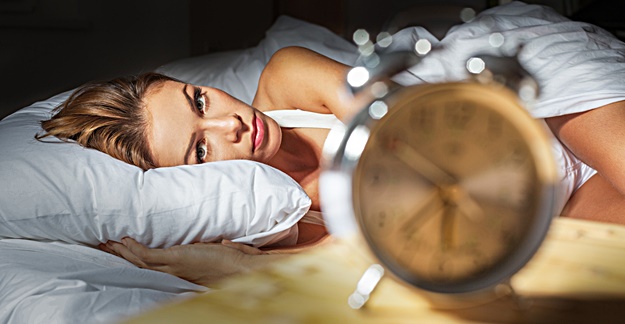 A group of medicines that became wildly popular over the past 20 years ended up posing serious dangers to some of the people who took them and to public health.

But they also helped millions of people get a little bit more sleep.

Yes, we are talking about the insomnia drugs doctors wrote just under 40,000 prescriptions for Belsomra in May, for example, compared to 2.6 million for zolpidem, according to IMS Health, a drug sales tracking firm.  But prescriptions for zolpidem were down from just under 3 million in December 2014.  Similar drops occurred for the two other prescription insomnia drugs.   — Ambien, now sold mostly as a generic called zolpidem, being the most widely known and prescribed. We’re also talking about Belsomra (suvorexant), the newest drug in this class and one of the most heavily advertised drugs over the last year.

After years of reports and attention to the risks associated with these medicines, their misuse and abuse, and their general lack of effectiveness at resolving the underlying causes of chronic insomnia, prescriptions for them are on the decline. And sales of Belsomra are in the dumpster.

Why You Should Avoid These Meds If Possible

But here’s the bottom line for people who occasionally have trouble sleeping (most of us) or the unlucky 5 to 10% who have chronic insomnia: Don’t take these medicines at all if you can avoid it, and if you do need to take one, do so for the shortest time possible. Not more than a week or so. A few days would be better.

Why? The mediocre effectiveness of insomnia drugs coupled with serious side effects and misuse should keep them out of your medicine cabinet. Here are some facts about the  effectiveness and side effects of these medicines, as well as data on their misuse, courtesy of Consumer Reports Best Buy Drugs. Additional information was provided by Steven Woloshin, MD and Lisa Schwartz, MD, both of the Geisel School of Medicine at Dartmouth, Thomas Moore of the Institute for Safe Medical Practices, and the FDA:

So, doctors and patients appear to be getting wise to the downside of these medicines, and they have resisted Belsomra. Though this resistance is also probably to due to its cost: $70 to $80 for 7 pills compared to $10 to $20 for 7 to 10 zolpidem pills.

While the trend suggests, at long last, more caution in prescribing these medicines, millions of prescriptions are still being written. There are many reasons for this, the main one being that 1 in 4 Americans say they have sleep problems.

If you are among such people, here’s wise advice from Consumer Reports:

Having occasional trouble sleeping is a universal human experience. Don’t take a pill if you’ve had trouble sleeping for just a couple nights, especially if the sleep disturbance is due to job or relationship stress or a temporary life upset. This almost always resolves in time.

Before taking a pill, try improving your sleep habits. Studies show this works. Among the techniques: Relaxation training, setting and sticking to consistent bedtimes and wake-up times, regular exercise, quitting smoking, cutting back on caffeine and alcohol in the afternoon and evening, keeping your bedroom quiet and dark and not watching TV or using a computer in bed (including a smartphone). Read a book instead.

If you still experience problems and/or have been diagnosed with chronic insomnia (three or more nights a week of poor sleep for 8 weeks or more), try cognitive-behavioral therapy. This involves working with a therapist (possibly at a sleep clinic) to learn a new set of behaviors around sleep. Numerous studies show CBT is as effective as sleeping pills in helping people with chronic insomnia.

If you still want to try a chemical sleep aid, try nonprescription drugs containing an antihistamine For example, diphenhydramine, the active ingredient in Benadryl, is also sold as a sleep aid under the brand names Nytol and Sominex, and as a generic), or doxylamine (Unisom and generic).  Diphenhydramine is also in Advil PM and Tylenol PM, though you should steer clear of these products unless you are also experiencing pain or fever. Don’t take any of these over-the-counter drugs for more than a few nights. And don’t take one if you are also taking any other medicine that causes sedation.

Don’t mix any kind of sleeping pill with alcohol.  This advice applies to people of all ages, but is especially important for people over age 65, who are prone to falls and the cumulative sedative effects of multiple medicines.