Yes, Statins Work. But Who Should Take Them? 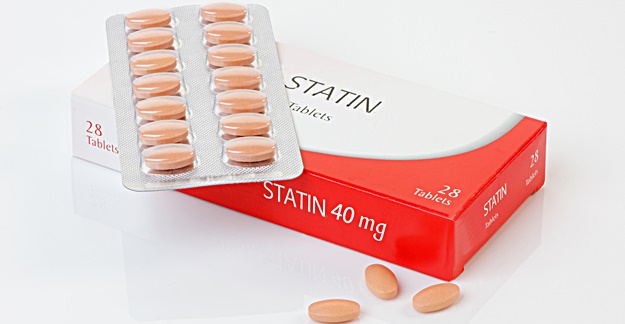 Statin drugs that lower cholesterol and reduce the risk of heart attacks and strokes are among the most-prescribed drugs in the U.S.

The evidence is overwhelming that statins work: They lower the risk of having a heart attack or stroke by an average of around 30%. And statins are credited — along with lifestyle and diet changes — with reducing the premature death rate from cardiovascular disease by 45% between 2000 and 2013. That translates into millions of lives saved and prolonged.

But amidst this medical success story, researchers continue to fiercely debate who should take a statin, and whether statins are, or aren’t, being overprescribed to people at low risk of a heart attack or stroke.

Since the late 1980s, public health and heart disease groups have issued a series of recommendations based on the ever-evolving evidence and data that surround statins. That, in turn, has primary care doctors constantly adapting to changing treatment guidelines for their patients.

The main concern: starting people on a drug they may have to take for their rest of their lives even as the long-term benefits and side effects are still being quantified.

The latest guidelines rely on your overall risk of a heart attack or stroke in the next 10 years — as determined by a variety of risk factors, and not just your cholesterol level. Those risks include your age, blood pressure level, whether you smoke, are overweight, or have diabetes or other medical problems.

Importantly, the new guidelines added between 8 million and 13 million more people aged 40 to 75 to the projection of those “needing” a statin. That brought the total to almost half the people in that age range.

Consumer Reports has tracked the statin debate and the treatment guidelines closely over the past 12 years in the context of its Best Buy Drug Project — a public information initiative. In February, Consumer Reports issued an updated report on statins. It’s based primarily on recent guidelines from the U.S. Preventive Services Task Force. It’s also informed by guidelines from the American College of Cardiology and the American Heart Association.

In addition, this MedShadow article is based on reporting I did for Consumer Reports on the use of statins by people under age 20 and those over age 75. Debate about statin use by people in both age groups has recently heated up.

Here’s what you need to know now about the 7 statin medications available:

The results are given as a percentage risk over 10 years. There are several calculators online; Consumer Reports recommends this one, developed by the American College of Cardiology.

A 2016 analysis in the New England Journal of Medicine found that a healthy lifestyle can cut the risk of a heart attack or other coronary event by a third, even among people with a family history of the disease.

The problem is that the U.S. Preventive Services Task Force (USPSTF) found insufficient evidence to make firm recommendations. Sadly, the main reason is that most of the studies conducted over the last 20 years failed to include enough people aged 75 and over.

In practice, however, most cardiologists apply the same rules as for 40- to 75-year-olds.

“The physiology and biology do not change once you hit 76,” says Steven Nissen, MD, head of cardiology at the Cleveland Clinic. “And there’s no evidence indicating the benefits [of statins] are not the same for older people.”

Roger Chou, MD, a professor of medicine at Oregon Health & Science University who led the team that conducted the analysis of statin studies for the task force, concurs: “It’s reasonable to assume the reduction in risk would be the same,” he told me.

“The evidence is just not there,” says Paula Lozano, MD, a pediatrician and researcher at Kaiser Permanente Washington Health Research Institute in Seattle and lead author of a separate USPSTF report on cholesterol screening and statin use among children and teens.

“The fact is, we don’t have good evidence to support prescribing these drugs to people under 20, in terms of either long-term benefit or safety. And statins do have side effects that are not yet well understood in kids,” says the Cleveland Clinic’s Steve Nissen.

Absent routine screening of kids for high cholesterol, the burden is squarely on parents, Lozano and Nissen say. If you have a history of FH or early heart disease in your family, your kids should be screened.

How Safe Are Statins?

For most people who need a statin and take a low dose, the drugs cause no or mild or very rare problems and, after almost 35 years of widespread use, appear to be quite safe overall.

At higher doses, however, the risk of side effects goes up substantially, and a sizable number of people who take a 40mg or 80mg dose experience side effects — most especially, muscle aches, soreness, tenderness or weakness.

Studies indicate that between 5% and 10% of all people who take a statin — regardless of dose — experience muscle ache or weakness symptoms. Usually, the effects are mild and tolerable. Between 10% and 20% of people in clinical trials have not been able to tolerate an 80mg dose, however.

Bottom line: You should always take the lowest dose possible that brings your cholesterol levels into normal, healthy range.

Statins can also cause liver and kidney damage, but both are rare. Contact your doctor immediately if you start taking a statin and experience nausea or vomiting, stomach pain, brown- or dark-colored urine, or feel very tired even though you slept well.

The FDA recommends that people prescribed a statin have liver function tests before starting treatment.