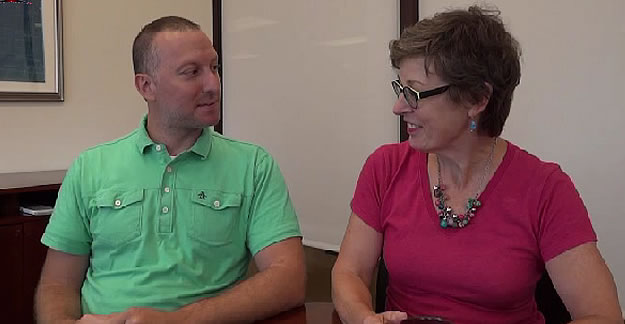 SR: Hi, I’m Su Robotti and I’m the founder of MedShadow. This is Jonathan Block, the Content Editor of MedShadow. At MedShadow, we focus on the side effects and long-term effects of the medicines that we all take every day. So today, what are we going to talk about Jonathan?

JB: We’re going to be talking about insomnia drugs.

SR: Oh, that should keep me up.

JB: It certainly should, but there are some good news about insomnia drugs, at least from the MedShadow perspective. The number of prescriptions for insomnia drugs has actually been going down in recent years. Why is this good news? Well, a number of things. Sleep aids such as Ambien and a newer one on the market called Belsomra, they seem to have a large number of side effects, which we’re going to go into a little bit later. And the other thing is that people tend to take these drugs for a lot longer than they should be taking it for. For example, they’re only supposed to be taking it for 7 to 10 days, at the most, and there’s instances of people taking it for weeks, months, even years.

SR: Well, let’s talk about the side effects, because I assume that’s why you’re not supposed to continue taking them.

SR: So, what are the major, I mean, everyone has heard about the lawsuits that had to do with Ambien, and driving while asleep. Is that actually a thing? Does that really happen?

JB: Yes, it does happen. There have been instances — you mentioned Ambien — instances of sleep walking, sometimes. There have even been cases of people having sex while asleep after taking an Ambien, There’s also a problem of next day drowsiness where people wake up and they still really can’t function. But there’s actually so much many more serious side effects. For example, Belsomra, which is a rather new insomnia drug to come in the market — it came on the market last year. There was a study that found that about 2 percent of the people who were taking the drug in a study experienced temporary muscle paralysis, the inability to speak, so you can imagine taking something like Belsomra and having your muscles unable to move being unable to speak and how scary that could be.

SR: 2 percent sounds like not that many people but I guess when you think of it as two people out of every 100, I’d be the unlucky one to be that too or 1 out of 50.

JB: Perhaps. The other key thing is that there is a huge risk of dependency in taking these drugs where, again, if you take it for a long period of time, which is considered more than 10 days, you’re going to need more and more of the medication in order for it to have a therapeutic effect. Also, some people, if they take it for a long period of time, if they go off the medication, they’ll find that they can’t fall asleep. They can’t fall asleep unless they’re on the medication.

SR: Is that called the rebound effect?

SR: And how long does that — how do you get off of the rebound effect? How long does it take to break yourself off an Ambien or Belsomra addiction so to speak?

JB: Well it depends on the person, obviously, they have to work with their physician to figure out the best way to get weaned off it. B ut, like any other medication, that one might be addicted to, it’s something that will take some time.

SR: Good, okay, before we wrap up on this, what I did want to point out is that, unfortunately a big percentage of people, maybe up to 20 percent, seem to be mixing Ambien or Belsomra with either alcohol or opioid drugs that they may be taking for legitimate pain management issues. But you should never, ever, ever mix these two drugs. Never mix sleeping pills or alcohol or opioids because all of them depress your respiratory system, and that’s what kills movie stars. Don’t be like that.

JB: We’re talking a matter of minutes here and when I say minutes I’m talking maybe 15, 20 minutes, if that, sometimes. It’s only in the single digits.

SR: So that’s how you go is that you fall asleep, 15 minutes faster, you sleep maybe 15 minutes more on average with these pills.

SR: So, considering the side effects, considering the rebound effect, the need to continuously use in the matter of few days and the risk if you use them while interacting with other drugs or alcohol, at MedShadow we suggest you be very careful, you think about it, and you try to use other techniques that are proven to work well. At MedShadow, we have several articles on what’s called sleep hygiene. Ways to help yourself fall asleep more easily and sleep better. We also have a slide show on foods that will help you sleep better. So please go to our website: www.meadshadow.org.

JB: One of the techniques is to improve sleep habits themselves. This could be doing something known as cognitive behavioral therapy, and you could actually work with a professional to do this and you can actually get a much better night sleep without the use of any kind of drug.

SR: Or just turn off the TV and the computer an hour before you go to bed, and cut back on the caffeine. So from MedShadow please think carefully about the medicines you take and have a good night’s sleep.