Is Social Media Useful in Understanding Side Effects? 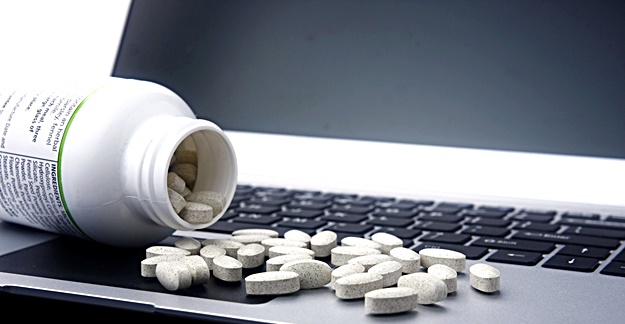 “Oh god, I really hate you prednisone, I can’t sleep because of you.” It’s only 66 characters long, but Twitter messages like this one may become a critical tool for understanding and reporting a drug’s side effects in the future.

As people have become more and more comfortable sharing personal information online, including personal health information, pharmacoepidemiologists — the health care professionals who closely track a drug’s benefits and side effects in the general population — now see social media sites like Twitter and Facebook as vast troves of data about prescription drug use in America.

It would be an understatement to say that traditional systems for reporting drug side effects, including the FDA’s MedWatch program, are failing. One of the larger published papers to look at the problem, a review of 37 studies from 12 countries, found that adverse effects of prescription drugs were underreported 94% of the time, meaning that a patient experienced a drug side effect but it was not reported to the appropriate local, regional or national drug safety surveillance systems.

The study, published in 2006 in Drug Safety, found that the problem was even more pronounced for common, less serious side effects — that is, the side effects patients are most likely to experience are the ones that are least likely to be reported. Severe or serious adverse effects of drugs were reported 80% of the time, compared to 95% for more common side effects.

The Problem of Unreported Side Effects to FDA

Earlier this year, researchers at the University of Manchester in the UK published a study using social media to understand drug side effects that may help solve many of these problems. Using natural language processing software, the investigators searched Twitter for posts that mentioned side effects from prednisone, a very commonly prescribed glucocorticosteroid.

When they looked at the most frequently mentioned side effects, they weren’t surprised to find weight gain near the top. But insomnia, the side effect most often found in the initial analysis, is not generally considered by doctors to be a significant side effect of prednisone.

“Insomnia doesn’t really feature in much of the medical literature,” said Rikesh Patel, MRCP (Member of the Royal College of Physicians, the UK equivalent of MD in the US), the study’s lead author and a fellow in rheumatology at the University of Manchester. “For example, we don’t routinely recommend that patients take their steroid therapy in the morning versus evening, and actually that might be a reflection that there is little known about insomnia and its relationship to steroid therapy.”

There are several reasons for the discrepancy between side effects reported on social media and those reported through the traditional adverse event surveillance system, the FDA’s MedWatch program.

Perhaps the most important is that the traditional system of reporting a side effect is laborious. It requires filling out a multipage form, which busy physicians often don’t have the time to do.

“In clinical practice, it’s not viable to do that for every single side effect,” said Dr. Patel. “So you get skewed reporting in which only the most serious and rarer side effects come up in that system.”

On social media, patients may be more candid, or confessional, as well as more likely to report the side effects that are affecting their quality of life.

So, in some ways social media may present a more accurate view of how prescription drugs are negatively affecting patients’ day-to-day lives. However, despite the advantages, social media is not a magic bullet.

A More Candid View of Side Effects

“Patients may be more candid on social media, but then there is the added layer of privacy protections on the various platforms that limit comprehensive data collection,” said Michael S. Sinha, MD, JD, MPH, a postdoctoral fellow in the Program On Regulation, Therapeutics, and Law (PORTAL) at Brigham and Women’s Hospital and Harvard Medical School, Boston, and lead author of a study looking at how social media can be used to tell patients about important FDA drug safety messages.

Nor does Dr. Sinha believe that patients should be using social media sites to learn about a prescription drug’s side effects.

“I suspect that a social media approach to drug side effect reporting is not ready for prime time,” he said. “Patients are better off communicating with their health care providers directly about side effects as opposed to posting on social media or mining those sites for information.”

While Dr. Sinha acknowledged that side effects are rarely reported to the FDA MedWatch program, the ones that are provide much-needed information that social media simply cannot collect. “Simply put, researchers and regulators need far more information about drug use and side effects than can be reported in a single social media post or series of posts.”

In the future, it is likely that big-data approaches that include monitoring social media for drug side effects will likely complement existing, more in-depth approaches.

“In the process of consenting a patient when you start them on any drug, you want to tell them about serious side effects because those are the red flags that you need to look out for,” Dr. Patel said. “Maybe [this] would be captured in a traditional approach. But you also want to tell them about side effects that happen to people very commonly…and that’s something that’s just not captured using a spontaneous pharmacovigilance system.”