Why Prescribed Benzo Patients Shouldn’t Go To Detox or Rehab 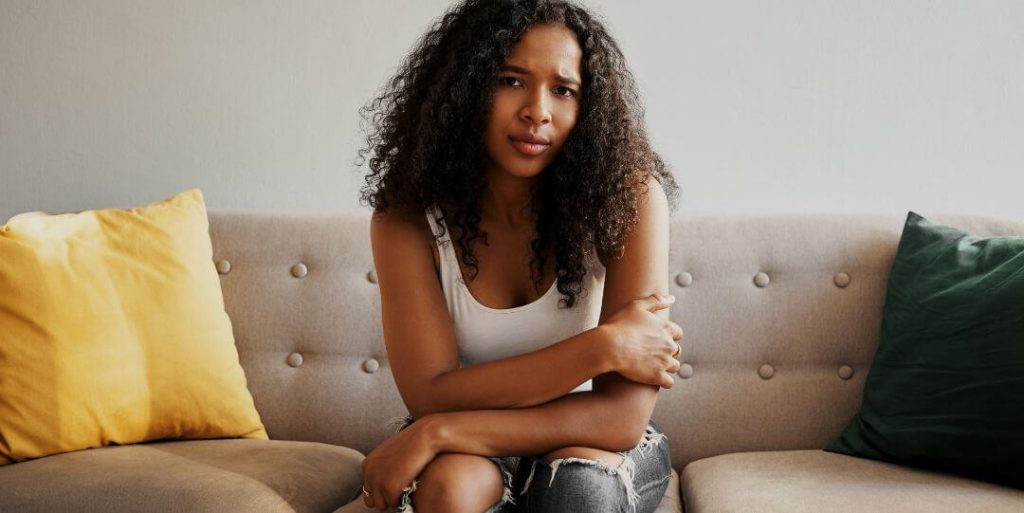 Or Z-drug patients — Lunesta, Ambien or Sonata too

Note: This article was written for doctors. We believe that patients need this information to ensure their own well-being and to better advocate for themselves. It has been edited and shortened. The original article is in the link above. -eds.

This article explores five reasons why drug and alcohol detox or rehab facilities are inappropriate for withdrawing compliant, prescribed benzodiazepine patients. Z-Drugs (Lunesta, Ambien, and Sonata) are benzodiazepine receptor agonists. That means they work in a similar way to the benzodiazepine drugs inside the brain. The guidelines and issues discussed in this article apply also to them.

1. Physical Dependence is Not Addiction

Unlike physical dependence, addiction is a behavior pattern – it’s a set of destructive behaviors, often driven by uncontrollable cravings, including compulsive drug use, drug-seeking, and the inability to control drug use in spite of resulting harms to self and/or others. A person can be both physically dependent and addicted to a drug or drug(s) simultaneously, but someone can also be physically dependent and not addicted. Thus, physical dependence in and of itself does not constitute addiction, although it can often accompany addiction. Patients who take their benzodiazepines as directed by their prescriber are physically dependent, not addicted.

Too many patients are being made physically dependent on benzodiazepines by their doctors — often unknowingly and without informed consent. Once tolerance sets in, or some other reason or motivation for an attempt at stopping the drug, the patient tries to discontinue the benzodiazepine and cannot without intolerable withdrawal. Prescribers may try to solve this problem by parking them permanently on the drug, increasing the dose, or the proverbial “buck” is passed, perhaps due to equating evidence of tolerance and withdrawal symptoms with an incorrect assumption that the patient is addicted, and these patients may be unloaded on rehab/detox facilities.Nearly all residential rehab/detox centers in the United States utilize a 12-step model (based on Alcoholics Anonymous). This model focuses on the compulsive use and behavioral problems of addiction and maintaining abstinence through fellowship and completing “the steps”— admitting that one cannot control one’s compulsion; recognizing a higher power; examining past errors; making amends for these errors; learning to live a new life with a new code of behavior; helping others with addiction—and is therefore inappropriate for those made physically dependent on benzodiazepines by their doctor through prescribed, compliant use. None of the 12 steps nor detox safely reverses the physiological changes in GABA receptor conformation (where the receptor won’t react to host GABA and only to the benzodiazepines) that occur in benzodiazepine physical dependence; only a slow taper addresses this problem and may restore function.

The prescribers of benzodiazepines should hold the burden of being knowledgeable about the differences between prescribed physical dependence and addiction—in other words, not automatically equating evidence of tolerance and withdrawal symptoms with assumptions that the patient is addicted. Sadly, when they get it wrong, patients are inappropriately sent to detox/rehab centers, often resulting in dangerous and sometimes protracted suffering.

2. Rehab is Too Expensive and Too Short

In 2013, annual industry revenues were about $35 billion for addiction treatment centers— attending these places proves unaffordable for most, the cost usually ranging anywhere from $15,000 to the low six-figures for a 30-day stay at a private facility. That aside, as some government agencies or psychiatric wards offer free or more affordable detox programs, the facilities usually do not offer programs or stays lasting any longer than 7-90 days. These time frames are too short and unsafe for a large percentage of people who struggle to discontinue benzodiazepines. Some physically dependent benzodiazepine patients report requiring upwards of 12 to 18 months or even years to complete a tolerable withdrawal program.

These detox/rehab facilities, which are grossly ill-suited for iatrogenic benzodiazepine physical dependence, are sometimes being utilized solely due to a lack of resources specifically dedicated to deprescribing. Since most reputable guidelines for benzodiazepine discontinuation call for a slow, patient-controlled taper, the common sense solution, in addition to prescriber education and training, is that withdrawal-specific resources and facilities need to be developed and offered to patients— much like what is available through the UK withdrawal charities and in Australia, set up specifically with withdrawal advisers educated and experienced in aiding benzodiazepine- and Z-drug- (and sometimes antidepressant- and opioid-) dependent patients with withdrawal via slow taper.

Rehab/detox facilities that accept benzodiazepine-dependent patients will often abruptly stop the patient’s benzodiazepine(s) and/or Z-drug, replacing them with a short (one week or so) phenobarbital or Librium “taper,” sometimes followed by the prescription of adjunctive medications like gabapentin, Lyrica, beta blockers, antidepressants, antipsychotics, etc. to “manage” the withdrawal. In these cases, patients can be admitted to the facility on one drug—the benzodiazepine—and are then discharged home on prescribed polypharmacy (multiple drugs), including drugs which carry their own similar risk of physical dependence and withdrawal and requirements for taper. This in spite of the fact that the British National Formulary specifically states of the benzodiazepine withdrawal process, “The addition of beta-blockers, antidepressants and antipsychotics should be avoided where possible.”

Also, after a rapid “taper” or cold-turkey withdrawal, some patients anecdotally report a “delayed (or tardive) withdrawal syndrome”—one where the severe symptoms of withdrawal do not fully manifest until a few months post abrupt cessation—so, those patients are discharged from their rehab centers with little to no support or aftercare in place, only to go on to develop psychosis, seizures, suicidality at home a few weeks or months later. At this point, due directly to the detox from benzodiazepines, patients may also find themselves in an even more precarious position as is explained by Dr. Heather Ashton in her manual: “Many benzodiazepine users who find themselves in this position have withdrawn too quickly; some have undergone ‘cold turkey’. They think that if they go back on benzodiazepines and start over again on a slower schedule they will be more successful. Unfortunately, things are not so simple. For reasons that are not clear, (but perhaps because the original experience of withdrawal has already sensitised the nervous system and heightened the level of anxiety) the original benzodiazepine dose often does not work the second time round. Some may find that only a higher dose partially alleviates their symptoms, and then they still have to go through a long withdrawal process again, which again may not be symptom-free.”

4. Getting Off of Benzos Must Be Personalized

Each person’s experience of benzodiazepine withdrawal will be unique, varying in severity and duration. Some people, even those who took high doses of prescribed benzodiazepines long-term, will experience only minor or, in some cases, no withdrawal. According to Dr. Heather Ashton, “Some people can stop their benzodiazepines with no symptoms at all: according to some authorities, this figure may be as high as 50% even after a year of chronic usage. Even if this figure is correct (which is arguable) it is unwise to stop benzodiazepines suddenly”. Dr. Malcolm Lader states, “I estimate about 20-30% of people who are on a benzodiazepine like diazepam have trouble coming off and of those about a third have very distressing symptoms.” His figures are conservative, as Reconnexion, a nonprofit organization in Australia offering counseling and support for benzodiazepine dependent patients, states: “It is estimated that between 50-80% of people who have taken benzodiazepines continually for six months or longer will experience withdrawal symptoms when reducing the dose.”

Regardless of the exact figure of those affected, it is unwise to stop a benzodiazepine prescription suddenly or rapidly in a detox or rehab facility simply because there is no medical testing or crystal ball available when it comes to benzodiazepines— in other words, there is absolutely no way for anyone to know in advance which patients, specifically, will experience a withdrawal syndrome upon attempts at cessation, which patients will go on to develop severe or protracted withdrawal, or which patients could cold-turkey or rapidly taper with minimal to no symptoms. For this reason, medical providers and patients should not play “Russian roulette” when it comes to benzodiazepine cessation, as it puts patients at unnecessary risk for the sometimes-devastating outcomes detailed just prior in the ‘Poor & Dangerous Outcomes’ section of this article.

5. Tapering Is Most Successful

Dr. Heather Ashton reports a 90% success rate for her stepwise, gradual, patient-controlled taper plan found in The Ashton Manual, developed by her after working one-on-one for twelve years in a clinic with physically dependent benzodiazepine patients wishing to withdraw.

This study, done to establish the efficacy of an intervention program which included tapering to reduce the chronic use of benzodiazepines, resulted in 45.2% of patients in the intervention group discontinuing their benzodiazepine compared to 9.2% in the control group. The study concludes that “standardised advice given by the family physician, together with a tapering off schedule, is effective for withdrawing patients from long-term benzodiazepine use and is feasible in primary care.”

This study assessed the effect of a direct-to-consumer educational intervention—the EMPOWER brochure, which contains a 4.5 month taper plan—on benzodiazepine discontinuation in people aged 65-95 taking chronic benzodiazepine prescription. A total of 261 participants (86%) completed the 6-month follow-up. Of the recipients in the intervention group, 62% initiated conversation about benzodiazepine therapy cessation with a physician and/or pharmacist. At 6 months, 27% of the intervention group had discontinued benzodiazepine use compared with 5% of the control group. Dose reduction occurred in an additional 11%. More information on studies can be found in the original article – eds. https://www.benzoinfo.com/2018/04/20/why-prescribed-benzo-patients-shouldnt-go-to-detox-or-rehab/