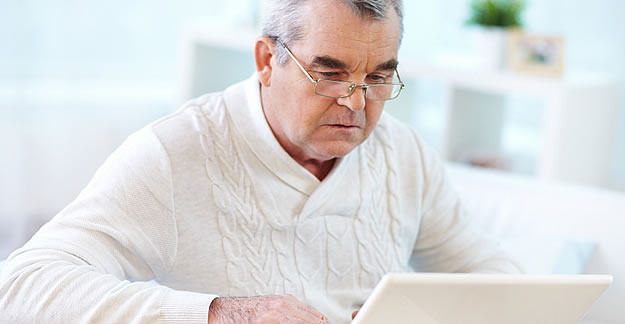 Crowdsourcing is the hot new trend in health web sites. They offer an intriguing, sometimes insightful look into patients’ actual experiences with a particular drug or disease.

Too little is known about the side effects of any drug before it hits the mass market, and woefully few drugs are studied for long-term effects. By sharing their experiences regarding the medications they take on these crowdsourcing websites, consumers can potentially help bring to light more rapidly a drug’s potential adverse events.

But user beware, none of the sites listed below attempt any verification that the people behind the rankings and comments have actually used the drug and have not checked if the patient used medicine correctly, or used it simultaneously with another medicine creating an unanticipated drug interaction effect.

All of the sites I perused have thousands, if not millions, of patient responses. The best have organized the info into useful factoids. Others spill raw data onto the screen in a dismaying barrage of numbers. Some pull excellent quotes and other seem to allow random rants. No site was perfect. Here’s a rundown of sites we know of with our comments. They are presented in order of most visited (as of publicly available stats October 2015):

Treato is the only of the 4 sites reviewed that doesn’t allow users to add comments. Treato.com’s software program (algorithm) roams the Internet and picks up discussions about medicines and conditions. It lists lots and lots of comments culled from “social media,” presumably Twitter and Facebook. The program aggregates the information (which protects the privacy of individuals), determines which comments are positive or negative and creates scores based on that analysis. With the many misspellings and questions asked in the comments displayed, I wonder how the programs determines which comments are positive and which are negative. The site doesn’t describe medical issues or explain how or why drugs work.

Pro: The sheer volume of chatter that the Treato picks up suggests the results aren’t manipulated and that the major side effects will float to the top. Treato claims to have combed through more than 2.2 billion comments (as of August 2015).

Cons: Many unusual side effects are mentioned in the comments. The comments are not vetted, so they might be accurate or they might be garbage. The site of origin for the comment is listed, but a visitor to Treato.com can comment. Where does that comment go?

Cool thing: It suggests other drugs to compare it to. For example, when I typed in Singulair, the right hand sidebar offered links to comparisons such as: Singulair vs. prednisone, Singulair vs. Advair.

Pharmaceutical Independence: Treato sells the information to pharmaceutical companies. Treato will also seek out information on a specific drug or track discussions about a new drug under contract to pharma companies. No advertising on the website, but every time I was on the site occasional pop ups appeared asking if I like my health insurance.

The grandaddy of crowdshare side effect sites at 15 years old. Ask A Patient is completely crowd-sourced Its age shows in the clip art-style graphics.

All comments submitted are available to read, which quickly becomes overwhelming and I can’t believe is actually used often. The summary is more helpful and I like that each side effect has a number indicating how many people experienced it.

Pro: Easy to use

Cool Thing: It has the FDA Adverse Events for each drug summarized in an easy-to-use format (unlike the FDA).

Pharmaceutical Independence: Claims independence. In its About Us it notes funding comes from banner ad generated by user interest and managed by a 3rd party. While on the site, I never saw an ad.

Iodine has been called the Yelp of medicines. It allows users to rate their experience with a drug by answering such questions as: Is it worth it overall? How well does it work for you? Is it worth the hassle? Can compare up to 4 medications at once. Good support pages with tips from pharmacists.

Pro: “Upsides/Downsides” page for each drug is a clear summary.

Con: When unusual side effects are mentioned there is no way to know if it’s an actual side effect, a disgruntled patient or an interaction with another drug or supplement.

Cool thing: It shows effectiveness and most common side effects on a time chart (first few days, weeks, etc). Also, the “Is it worth it?” ranking is given by sex and age.

Pharmaceutical Independence: Iodine.com founder calls them a “contractor” for the FDA. Their funding allows them to make the FDA Adverse Events information more available for the public and gather information on side effects. Presently they do not take advertising. They have many “angel” investors” whose affiliations are unknown and admit they have no business model (plan to make money).

Deceptively simple home page offers a box to type in a drug query and another box to report a side effect to the FDA. Digging deeper into the site, it has much to offer: MedWatcher tracks drug mentions on the web including Twitter, Facebook and forums with charts for each. It allows a user to comb through social media chatter for mentions of side effects. I easily found a Twitter comment “Stomach got worse this morning. Went out to get some Zantac which others on Tecfidera said helped with the pain. I’m hoping it works. DX” posted on Feb 7, 2014 from Inwood, WV. A little scary.

Pro: Easy sign up for drug alerts from the FDA, lots of free social media info.

Cons: After perusing, doesn’t seem like a lot of individual reports on the site. The emphasis is on tracking social media.

Cool Thing: The social media tracking is cool, but ends up seeming like Big Brother.

Pharmaceutical Independence: The site doesn’t carry advertising and is funded by a division of the FDA. But the owner site, Epidemico.com — a spinoff of Boston Children’s Hospital — has many pharmaceutical clients for whom they can conduct product comparisons on social media and other analyses. I found the following phrase on the parent website worrisome: “We couple data aggregation from existing sources with our own applications to engage users to report (emphasis added) on disease outbreaks, flu symptoms, vaccine shortages, adverse events, street prices of drugs and more.”