5 Drug Classes That May Cause Depression 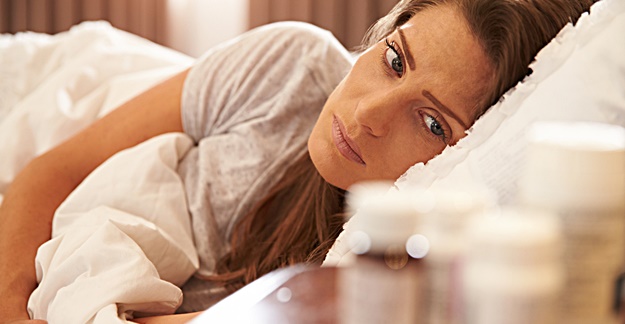 Depression can be a complex disorder with many causes, but depressive feelings can also result as a side effect of medication. For most medications, the risk is small, but if you have experienced depression in the past, you may be more likely to develop depression again when you take one of these drugs.

It can be difficult to tell whether depression is due to a drug, says Linda Lang, MD, chair of the Department of Psychiatry at Christiana Care Health System in Delaware, especially if a person also has an illness that itself can lead to depression. “We have to be mindful of the potential that somebody who has breast cancer is put on tamoxifen and they’re depressed,” she says.

“You might say ‘Well of course they’re depressed, they have breast cancer’ but it might be the tamoxifen.” For the same reason, researchers have a hard time concluding whether the drug causes depression because a lot of patients with a cancer diagnosis might develop depression anyway.

Depression isn’t just sadness. Symptoms to watch out for include feelings of hopelessness, change in appetite, thoughts of death, difficulty sleeping, or irritability. You probably won’t feel these effects right away, but they may set in after a few weeks.

Beta-blockers reduce your blood pressure by blocking the effect of the hormone epinephrine, also known as adrenaline. Researchers have suspected a connection between this class of drugs and depression for nearly 50 years, without strong evidence to answer the question either way. The risk for depression, if it exists, is probably small.

Statins, the cholesterol-lowering drugs, are also possibly linked with depression. Statins can interfere with the way the body uses serotonin, and serotonin is important to the brain’s functioning. As with beta-blockers, studies looking for the connection have had mixed results, with some even finding that statins may have an antidepressant effect.

Drugs that interfere with the way hormones operate in the body can affect mood. Corticosteroids, for example, can lower serotonin levels and might be able to cause depression. This class of drugs includes cortisone and prednisone.

Tamoxifen, a breast cancer treatment, also has possible connections with depression. Tamoxifen interferes with estrogen, with different effects in different parts of the body. It’s possible, though not fully proven, that this can lead to depression.

Birth control pills have also been linked with depression, but again the relationship is hard to untangle. A recent study of Danish women found that those on contraceptives were slightly more likely to fill a prescription for an antidepressant. But women who go to the doctor for birth control may have simply been more likely to have an opportunity to get their depression diagnosed.

Antiepileptics are drugs used to treat seizure disorders, and may also be used for other purposes. Topamax (topiramate) can be used to prevent migraines, for example. These drugs both act on neurotransmitters and their receptors in the brain.

Both of these drugs have been linked with depression, even though topiramate can also be used to treat certain kinds of depression. Topiramate was one of the drugs associated with an increased risk of committing suicide in one Danish study. People taking that drug were twice as likely to commit suicide as people who were not taking it. That means the numbers are still small — very few people commit suicide — but the risk is still concerning.

Other anticonvulsants share this risk, and may be worse than topiramate. Since 2008, the FDA has required all anti-epileptic drugs to carry a warning about an increased risk of suicidal thoughts and actions. The agency notes that the increased risk applies to eleven different drugs, that work in different ways and are prescribed for different reasons, so they consider the warning to apply to all antiepileptic drugs.

Parkinson’s disease is often treated with drugs like levodopa that increase the amount of dopamine in the brain. That makes sense, since Parkinson’s results from the death of dopamine-generating cells in the brain. “But as a result of increasing dopamine we can induce depression,” Dr. Lang says.

Dopamine, serotonin, and norepinephrine are neurotransmitters that all have some link to depression, so drugs that change the amounts of these chemicals in the brain may cause depression.

For any of these drugs, Dr. Lang says, your doctor should be monitoring your mental health, for example through depression screenings questionnaires. People taking these drugs are often at increased risk for depression, whether due to the drug itself or to the condition it causes.

If a medication seems to be causing any symptoms of depression, talk to your doctor about your options. In many cases, they can change your medication. If you need to stay on that medication, they can help you manage the depression, for example with anti-depressants or other therapy.

Beth Skwarecki is a freelance health and science writer based in Pittsburgh, PA.