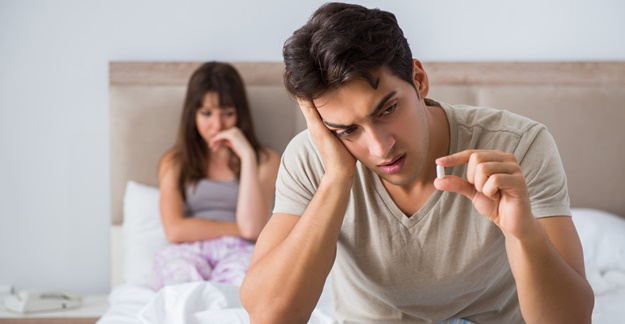 If you think Viagra is the only way to deal with erectile dysfunction, think again. Here are six ED options, including their pros and cons.

In 1993, researchers were just about ready to give up on an experimental high blood pressure drug. Then they asked a group of British miners who’d been taking it if they’d noticed anything unusual. They sure had: The men reported having more erections.

Five years later, in 1998, a little blue pill called Viagra (sildenafil) revolutionized the treatment of erectile dysfunction (ED), formerly known as impotence. Now, it might seem that every man with ED just needs a prescription for Viagra or one of its rivals, Cialis (tadalafil), Stendra (avanafil) and Levitra (vardenafil).

But the drugs aren’t for everyone. Sometimes they just don’t work, although it’s not clear how often this happens. Their side effects and high cost can be too much for men to tolerate. And some men might be too embarrassed or fearful to go to the doctor in the first place.

Even if the products work, men often give up on using them over the long term. “We don’t know why,” said Richard Wassersug, PhD, a University of British Columbia biologist who studies men’s sexual health.

Fortunately, many alternatives exist. “I don’t think men who are having problems with erections have to be tied to the Viagras of the world even if they’re often the easiest and most convenient strategy,” said urologist and cancer researcher Stephen Freedland, MD, of Cedars-Sinai Medical Center in Los Angeles.

There’s one more thing to remember: A visit to a physician can be helpful even if a man doesn’t want to go near Viagra or try one of the alternatives. In some cases, a medication or a treatable medical condition such as low testosterone or depression could explain a case of ED. “Sexual health should not be viewed as a luxury, but rather as an essential component to wellness,” said urologist Ryan P. Terlecki, MD, of Wake Forest Baptist Health in North Carolina.

Here’s a look at six alternatives to ED drugs, ranked from simplest (and cheapest) to most complex (and expensive):

1. Lose Weight — the Hardest Option of All?

The cheapest treatment, and the one that may be the most difficult of all, is an old standby: Shed some pounds.

“There’s randomized trial data that says weight loss in overweight men can improve erections,” Dr. Freedland said. A 2020 analysis published in the journal Reviews in Endocrine & Metabolic Disorders looked at the results of 45 studies on the association between ED and obesity. The studies compared ED risk in 42,489 overweight, obese or normal weight men.

Compared to normal weight men, overweight men were 31% more likely to have ED, and obese men were 60% more likely to have the condition. In these studies ED was associated with significantly higher body mass index (BMI) values. The researchers concluded that losing weight is crucial for men with ED who are obese.

2. Physical Activity — Get Up and Move

Living a sedentary lifestyle can contribute to erectile dysfunction. Physical inactivity can lead to vascular problems, such as arterial dysfunction, which is the leading cause of ED. Studies prove that physical activity is protective against ED and can improve the condition in these men.

Indeed, a review of 10 studies published in 2018 in the journal Sexual Medicine found that exercising for 160 minutes — less than three hours — per week for six months boosted erections in men who had ED linked to various physical causes.

But, Dr. Freedland said, “many men aren’t willing to put in the hard work of exercising multiple times a week.”

3. Supplements — Potentially Hazardous to Your Health

Countless pills claim to restore virility and potency in men, and you can find them in places from gas stations to health food stores. But there are reasons to be cautious.

“Erectile dysfunction herbs and supplements haven’t been well-studied or tested,” the Mayo Clinic cautions. “Some can cause side effects or interact with other medications. And the amount of the active ingredient can vary greatly from product to product.”

According to the Mayo Clinic, four supplements — dehydroepiandrosterone (DHEA), L-arginine (which should never be taken with Viagra), ginseng and propionyl-L-carnitine (when added to doses of Viagra) — have shown promise and appear to be generally safe. But they can cause various side effects, such as nausea, diarrhea, insomnia and headaches.

The Mayo Clinic lists other supplements that are unproven, risky or both. It also warns against the potentially dangerous use of so-called “herbal Viagra,” which may contain the same active ingredients as those in prescription ED drugs.

While they may remind some men of the proclivities of Austin Powers, penis pumps — technically known as vacuum erection devices — are a respected treatment for ED. But they’re not for everyone.

The cylinder-like pumps produce erections by creating a vacuum that pulls blood into the penis. “Then a constriction band is placed around the base of the penile shaft to allow trapping of the blood despite the removal of the vacuum tube,” said Dr. Terlecki.

There are limitations to penis pumps. The base of the penis may remain flaccid while the shaft is hard, Wassersug said, and this can make intercourse more challenging.

As for side effects, penis pumps can also cause pain and bruising, Dr. Terlecki said, and “partners may be perturbed about the process leading up to sexual activity.”

The devices can cost anywhere between $100 and $500, he said, and may be covered by insurance if your doctor prescribes one for you. Penis pumps are also available over-the-counter in pharmacies or online. Your doctor can suggest a particular pump that will work best for you.

5. Penis Injections — Not as Scary as They Sound

There’s little that gives men the heebie-jeebies more than the idea of injecting themselves in the penis. But for decades, men with ED have been doing just that. They inject themselves with drugs that allow erections by widening the blood vessels in the penis to allow more blood flow.

Research suggests that intracavernosal injection therapy, the technical name for penis injections, is often effective, with a  2019 study finding that 89.6% of men who used  injection therapy reported  erections that were strong enough for penetrative intercourse. Before the treatment began only 41.1% of the men reported successful erections.

The injection treatment can be cheaper than Viagra-type drugs, and may be covered by insurance if it is prescribed by your doctor.

Penile implants, also known as a penile prosthesis, come with a high cost and a high success rate.

Generally reserved for men with a clear medical cause for ED who have failed other treatments, the cylinder-shaped implants, either inflatable or noninflatable, are surgically inserted into the penis.

Men with inflatable penile implants then trigger erections by squeezing a pump that’s implanted in the scrotum. This sends fluid from an implanted reservoir into the cylinders in the penis. The non inflatable ones, which are more rare, create a kind of permanent erection.

“Implants work really, really well,” Dr. Freedland said, and they boast a 95% success rate. “You pump it up and it works, and you pump it down and it goes away,” he said. “Patients are very happy with those.” Indeed, a 2019 study published in the journal Current Urology found that one year after penile implant surgery, 83.2% of men and 85.4% of their partners were happy with the implants.

There’s another potential benefit: Sex partners of men with penile implants might not notice them.

Penile implant risks include infections, pain, bleeding and other side effects. Insurance may cover the procedure, which can cost thousands of dollars.

Possible emerging non-drug therapies for ED include low-intensity shock wave therapy and low-intensity pulsed ultrasound, both in early research stages. It’s possible, of course, for a man to give (and get) physical intimacy without an erection. And thanks to over-the-counter sex toys, the University of British Columbia’s Wassersug said it’s even possible for men with ED to keep penetration in their sexual repertoire.

“Even if they don’t work, these appliances can improve intimacy,” he said. “Just exploring these things as a couple can help.”