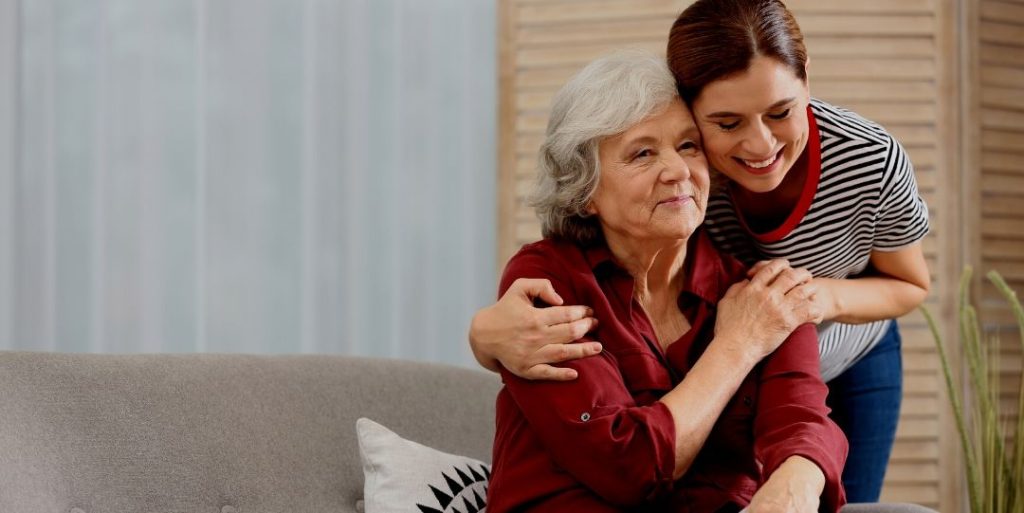 This article was reviewed by George Grossberg, MD, member of our MMA Board.

In June, 2021, the FDA fast-tracked approval for a first-of-its kind  Alzheimer’s drug. Aduhelm (Biogen) is extremely pricey and may be effective in targeting and affecting the underlying disease process of Alzheimer’s, writes Patrizia Cavazzoni, M.D., director of the Food and Drug Administration (FDA) Center for Drug Evaluation and Research in a recent statement. The drug was approved through an expedited pathway, which requires that the clinical trial demonstrate the drug’s safety, and that it has an impact on a biomarker (in this case, reducing amyloid plaques) that researchers believe suggest the drug will be clinically effective. The company does not have to show that reducing amyloid actually lessens symptoms. The FDA also asked Biogen, the manufacturer, to do another large study to show that clinical efficacy to be completed by 2030. If that study doesn’t demonstrate efficacy, the drug may be taken off the market.

Previously, there were only a handful of prescription drugs that had been approved by the U.S. Food and Drug Administration (FDA) to slow symptoms.

These drugs aren’t effective for everyone, they only work temporarily and they don’t stop the disease, but they are often part of a comprehensive treatment plan.

While no one knows what causes Alzheimer’s, studies show some correlation with certain drugs. See the MedShadow article: The Link Between Dementia, Alzheimer’s and Common Meds. Prior to Aduhelm’s approval, there were only two types of FDA-approved medications to treat Alzheimer’s: An N-methyl D-aspartate (NMDA) antagonist called Namenda (memantine) and a class of drugs called cholinesterase inhibitors, including Aricept (donepezil), Razadyne (galantamine) and Exelon (rivastigmine). There’s also a combo of memantine and donepezil called Namzaric.

In Alzheimer’s disease, a brain chemical called acetylcholine that helps with memory, learning and attention, starts to break down. Cholinesterase inhibitors like Aricept, Razadyne and Exelon stop this chemical disruption, increasing acetylcholine levels. The bad news is that as Alzheimer’s progresses and brain cells die, your brain starts making less and less acetylcholine, so these drugs are only effective for a while. Razadyne and Exelon are prescribed for mild or moderate Alzheimer’s, the Exelon patch is for severe Alzheimer’s, and Aricept is approved to treat all stages. Doctors often say Alzheimer’s disease has stages. Here is a breakdown of treatments, the strategies being used currently and their side effects.

Namenda (memantine) helps regulate glutamate, a brain chemical needed for cognition and memory. Glutamate levels tend to increase in Alzheimer’s disease, which can lead to the death of brain cells. Memantine may help protect your brain from becoming more damaged. It can also help some people perform their tasks of daily living for longer. Namenda is prescribed to treat moderate to severe Alzheimer’s.

Namzaric, a combination of memantine and donepezil, has both effects, stopping acetylcholine breakdown and keeping glutamate levels regular. It’s used to treat moderate to severe Alzheimer’s.

As a whole, cholinesterase inhibitors have common side effects of nausea, vomiting, diarrhea and appetite loss. It may help to take these medications with food, as well as to start on a low dose and increase slowly as needed.

Along with the gastrointestinal symptoms already mentioned, each cholinesterase inhibitor has its own potential side effects:

With Namenda (memantine), the most common side effect is dizziness, but headache, confusion and agitation can also occur. Get emergency help or call your doctor immediately if you have shortness of breath or hallucinations.

Since it contains both memantine and donepezil, Namzaric may cause the same side effects as Namenda, Aricept or both.

Alzheimer’s drugs can interact with other medications you take, which may make them less effective or increase your risk of serious side effects. For instance, cholinesterase inhibitors may interact with heart medications like beta blockers and calcium channel blockers.

Namenda is known to interact with many drugs, including:

Be sure to tell your doctor about all the prescription medications you’re taking, as well as over-the-counter medications, herbal supplements and vitamins, to prevent drug interactions.

Alzheimer’s disease can’t be cured, but cholinesterase inhibitors and memantine can decrease symptoms and may help patients remain independent for a longer period. New treatments are being researched and show promise for the future, but as of right now, these drugs are the only FDA-approved pharmacological options available.

Overall, the average person with mild to moderate dementia may experience a small amount of improvement in cognition, activities of daily living and symptoms like depression, anxiety, irritability, aggression and lethargy when taking cholinesterase inhibitors. Some studies have shown that the benefits of these drugs are highly variable and individual. Since all three types work similarly, using a different cholinesterase inhibitor likely won’t create a noticeable difference. However, your doctor might prescribe a different type if you’re having issues with side effects.

Research on cholinesterase inhibitors for severe dementia, show effects that seem to be similar to those found in people with mild to moderate dementia.

Studies have shown that memantine may have some modest benefits for people with moderate to severe dementia, but there’s very little evidence to show that it helps symptoms of mild dementia. Namzaric (memantine and donepezil) can also modestly improve cognition in Alzheimer’s patients with severe dementia.

Because people can respond differently to these drugs, your doctor will make medication decisions based on side effects that you might be experiencing and how you’re responding to the medication.

When Bob Hogan was diagnosed with mild vascular cognitive impairment in 2013, his doctor started him on Aricept. “He hated it, as almost all Alzheimer’s patients I know do,” says his wife and caregiver, Mary Hogan. “In Bob’s early-stage support group, gripes about Aricept were a weekly staple. Bob blamed every negative symptom on that drug — fatigue, memory loss, confusion, diarrhea, constipation, gait problems, you name it. Aricept has a serious PR problem in the Alzheimer community.” In fact, Bob secretly stopped taking the Aricept after about a year. Eventually, his neurologist switched him to galantamine, which he’s still on. “He doesn’t hate it,” says Mary.

Bob’s disease progressed to vascular Alzheimer’s about a year ago. “Bob’s cognition has been pretty good for a long time, which may or may not be due to that drug. It’s hard to say,” Mary says. Though she tends to be on the anti-drug side, she says, “we live with his disease, not die with it. Whatever medication helps both of us achieve that goal, I’m all in.”

Mary’s bluntly honest about the struggles caregivers face. “Every spousal Alzheimer’s caregiver I know eventually questions their spouse’s drug protocol. As in, ‘Why am I giving my husband a beta blocker and statin only to extend his life into incapacity?’ It’s a national conversation we need to have. Is life at all cost worth life at all cost? Not only financially, but emotionally. Isn’t it cruel to help your loved one live all the way to zombie? Horrible to say, but a very real question that we all face. For me, my goal is to give my husband a happy ending, so to speak. As he enters the later stages of his disease, I want our days to be filled with love and ease.”

Dori’s mother, Jeanne, was diagnosed with cognitive impairment in 2011 and Alzheimer’s disease in 2016. After Jeanne’s Alzheimer’s diagnosis, her doctor put her on 5 mg of donepezil. At first, she experienced nausea and dizziness, but moving the timing so that she took the medicine with dinner instead helped the nausea. Since Jeanne has been declining slowly and steadily for the last 3-1/2 years, Dori says it’s difficult to determine if the donepezil has been beneficial.

“In May 2019, we doubled her dose to 10 mg (5 mg, twice a day, with breakfast and dinner) due to a marked decline in behavior and an increase in occasional belligerence,” Dori says. “She tolerated the increase seamlessly, but there was no marked improvement. I have to believe the medication works to slow the decline of this insidious disease.” If nothing else, “we have the comfort and reassurance of knowing we’ve done everything currently possible to preserve Jeanne’s cognitive health,” says Dori.

Judy
Jocelyn’s mother, Judy, was diagnosed with an unspecified cognitive disorder at the age of 69. She was prescribed Exelon and Namenda together and was on them until her death in November 2019. Though it seemed like the medications helped Judy retain a lot of her memory, “there’s nothing to compare it to,” Jocelyn says. She thinks Judy had side effects of nervousness and being unclear in the morning, but since she was taking other medications for sleep as well, it wasn’t clear which ones were causing these side effects. Jocelyn says it’s important “to work with a neuropsychologist who is experienced with these medications and the patient population.”

Alternatives
There are more and more vitamins, supplements and herbal remedies on the market all the time that claim to boost memory and prevent or delay Alzheimer’s disease. These natural remedies, such as vitamin B, vitamin E, caprylic acid and coconut oil, coenzyme Q10, ginkgo balboa, huperzine-A and Omega-3 fatty acids, must be considered carefully since they have little to no scientific evidence to prove that they work. What’s more, since the FDA has no control over these supplements, there’s no way to know how safe they really are.

In February 2019, the FDA took action against 17 companies illegally selling supplements that claim to treat, delay or cure Alzheimer’s disease. These brain-enhancing supplements, also known as “nootropics,” “smart drugs” and “cognitive enhancers,” are becoming increasingly popular in the United States.

One such nootropic called piracetam is commonly prescribed in Europe to treat dementia and other cognitive disorders, but the FDA doesn’t allow piracetam to be sold as a dietary supplement in the United States because its effectiveness is unclear. However, a 2019 small study of over-the-counter supplements for cognitive enhancement found that people who buy them may be getting high doses of piracetam, which can lead to side effects like anxiety, depression, drowsiness, insomnia, agitation and weight gain. Piracetam also has unknown risks, so high doses could be dangerous. Be sure to talk to your doctor about adding any alternative remedy to your treatment plan. There may be drug interactions, side effects or issues you didn’t know about.