Can BPA Cause Heart Attacks? 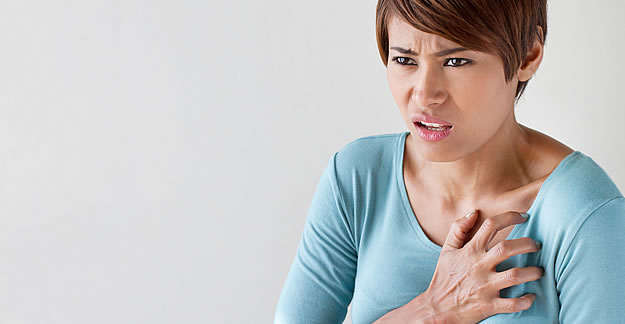 Many scientists are working to discover the effect of endocrine disruptors such as BPA (bisphenol A) to predict what that effect might be on people. Some studies have raised concern that exposure to endocrine disruptors may be positively linked with cardiovascular disease.

Endocrine disruptors essentially confuse the mechanism in human bodies that tells genes when to turn on (e.g., start puberty) and when to turn off (e.g., stop growing hair).

Because BPA is ubiquitous in our environment, it is nearly impossible to isolate a group exposed to BPA and one not exposed to BPA in order to identify the exact effects BPA has. BPA is in many plastics and epoxies, and can be found in food packaging and beverage containers.

While BPA is hard to track, there was one group of people exposed to an endocrine disruptor — DES (diethylstilbestrol) — when BPA was still only in the lab. In the 1970s, research scientists were able to identify a group of women given DES, and matched that group with a control group of women who were not exposed to DES. Five cohorts of DES-exposed families from around the country have been followed by researchers since 1992. Because of that we can see what effects DES caused and then more clearly predict how BPA and other endocrine disruptors might cause harm to the human body.

DES was a potent synthetic estrogen given to an estimated 5 million women during pregnancy from the 1940s-1971 (these women are called DES mothers). Women were told that it would help them have a healthy pregnancy, but in fact it did nothing to help pregnancy and in some children born to mothers who took it, it caused malformations of fertility organs and a rare cancer in young women — these are the DES daughters. (See www.DESAction.org for much more information about the effects of DES on the women who were prescribed it, the children born exposed in utero to it and even the grandchildren of those first women.)

‘This study is a warning to have better health behaviors for all women.’

A new study published in the Endocrine Society’s Journal of Clinical Endocrinology & Metabolism (abstract)reports specifically on cardiovascular health of the women in the study compared to the women not exposed. It shows that DES daughters are 67% more likely to have coronary artery disease and twice as likely to have a heart attack. DES daughters, according to the study, have no higher likelihood of stroke.

Does this mean that BPA is going to increase the risk of heart attacks for everyone? Not conclusively, but it’s a worry. The study clearly shows an increase in cardiovascular disease and heart attacks in the DES-exposed. The possible link of BPA, a weaker synthetic estrogen than DES, had already been identified in human studies, according to the study authors. This report gives more support to the concern that BPA exposure can lead to heart problems.

The DES exposure in this study is a different kind of exposure than we are all exposed to in BPA. Fetuses were exposed to high levels of DES (through their mothers) for one to 9 months. Rebecca Troisi, SciD, lead investigator on the study, noted, “Our results might suggest that the effects of environmental EDCs (endocrine disruptors) would be less than what we’ve observed with DES. However, environmental exposure, while at lower doses, is more persistent, and the chemicals involved may interact. Thus, more research is warranted on the role that EDCs play in cardiovascular as well as overall health.” Dr. Troisi has been studying the effects of DES since 1994, when she joined the National Cancer Institute, Division of Cancer Epidemiology & Genetics, Epidemiology and Biostatistics Program.

How Should DES Daughters Respond to the Study?

What should DES Daughters do? “I don’t like to increase the stress on DES daughters. All women should be concerned about heart disease because it’s the number one killer of women. This study is a warning to have better health behaviors for all women,” states Ruby Senie, doctor of epidemiology and special lecturer at Columbia University’s Mailman School of Public Health. Dr. Senie, who was not involved in the study, is writing a book on DES.

The best step for everyone? Take control of other factors that increase your risk of heart attacks — don’t smoke! Manage your weight, exercise regularly and eat whole foods. That’s the best medicine.