Concerns About Using Your Antidepressant Long-Term? Talk to Your Doctor 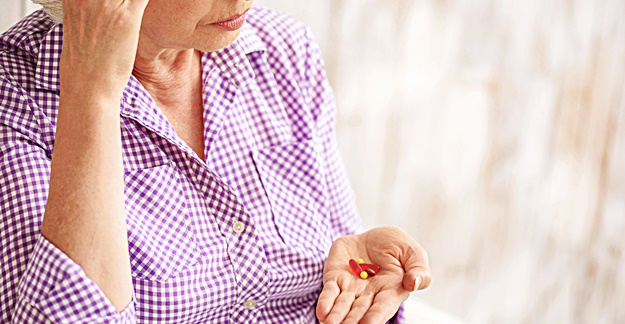 On April 8, 2018, The New York Times published a front-page article titled “The Murky Perils of Quitting Antidepressants After Years of Use.” The day before, the online version, “Many People Taking Antidepressants Discover They Cannot Quit,” was the most-shared article on its website.

In this analysis, Benedict Carey and Robert Gebeloff described a growing trend over the past few decades in which millions of people have been taking prescription antidepressant medications long-term. For instance, they cite data showing that over 15 million Americans have taken antidepressants for 5 years or more.

They go on to attribute this phenomenon mostly to antidepressants causing “dependence and withdrawal,” rather than people needing long-term antidepressants to manage psychiatric illness or choosing to remain on them because of their benefits.

While Carey and Gebeloff do cite a few studies looking at rates of withdrawal after stopping long-term antidepressant use, they only mention one survey from New Zealand that shows that withdrawal is even a common complaint among individuals taking antidepressants. Most of their argument is based on individual stories (i.e., anecdotal evidence) combined with critiques of how antidepressants have been studied.

While the individual stories are compelling and the critiques of research may be valid, this approach makes their case linking long-term antidepressant use to supposed widespread withdrawal circumstantial at best.

Fortunately, several psychiatric care providers and even patients quickly responded to counter this somewhat misleading article. To be fair, the authors do point out that antidepressants have greatly helped millions of people, and they quote psychiatrists who are expert in treating depression, such as Dr. Peter Kramer.

However, overall, the piece uses logically and scientifically shaky arguments to trigger suspicion and fear of antidepressants among the general public and mental health patients alike. Given that depression and other mental illnesses that antidepressants treat (e.g., anxiety disorders) are very common, highly impairing, sometimes dangerous, and exceedingly undertreated, this type of journalism is risky.

The fact is, antidepressant medications are effective, especially for moderate to severe depression, and while all medications have side effects, newer antidepressants such as selective serotonin reuptake inhibitors (SSRIs) and serotonin-norepinephrine reuptake inhibitors (SNRIs) are far more tolerable than older versions. In addition, the past few decades have seen a growing consensus that depression (and many other mental illnesses) is a chronic condition requiring long-term treatment, like diabetes and hypertension. (No one would say that millions of people are on long-term blood pressure medications for hypertension because of fear of withdrawal.)

Therefore, many psychiatrists recommend (and many patients readily choose) long-term antidepressant treatment to avoid relapse once a person has had more than one depressive episode. “Withdrawal” from antidepressants — actually called discontinuation syndrome — is in fact a well-known and not-rare phenomenon. However, it is usually very mild and can be managed with a slow taper in the medication’s dose.

For the relatively rare, more severe cases, a good psychiatrist can almost always reduce or eliminate it with various interventions such as adding low-dose Prozac (fluoxetine) for a while (due to its long half-life) and/or using other prescription drugs in a time-limited manner to treat discontinuation symptoms.

Just like in any medical specialty, not all psychiatric care providers are attentive, responsive or skilled enough to avoid or successfully manage discontinuation syndrome, but that’s a different problem that can’t be solved by avoiding antidepressant treatment to begin with. So, rather than an inability to stop meds due to “withdrawal,” doesn’t it seem much more likely that growing numbers of people are on antidepressant treatment long-term either because they need the medication to prevent symptoms from returning and/or choose to remain on the medication because of low side effect burden and protection against relapse?

The article does make some valid and important points. The research on antidepressants mostly involves relatively short-term studies, so there is a great need to examine the longer-term efficacy and adverse effects of these prescription drugs. And the discontinuation syndrome has received far too little research attention.

These deficits in the science are indeed likely due to pharmaceutical companies having little incentive to investigate prescription drugs that have gone generic or to emphasize problems with the products they produce and market. However, it is unfortunate that these valid critiques were packaged into a misleading and highly public message that has the potential to discourage people from seeking treatment for mental illness and encourage patients to stop their medications.

Here’s some advice from this psychiatrist: Discuss your goals for treatment and any problems with medications with your healthcare provider before changing or stopping them on your own. No one – not even your doctor – can force you to stay on a medication that you no longer want to take, but only an experienced professional can help you to change medications in a safe and healthy way.

This article was first published by JustCareUSA.com. Reprinted by permission.