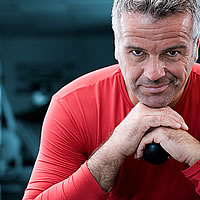 Do I sound suspicious? It seems to me that some patients are asking for testosterone to halt or counteract the typical signs of aging: they want a magic pill that will build muscle, lower fat and improve sex drive. Who wouldn’t?

The effects of testosterone replacement therapy (TRT) are pretty attractive, but they are mostly unproven.  For those who don’t have low T but are tired or want a sexual boost there is no evidence-based research to say TRT will “fix it.” It’s very concerning that men starting TRT in their 40s or 50s may be on it for decades. Who know’s how that will affect the liver and heart?

The side effects and long-term repercussions of TRT are significant and potentially life-threatening. There are 3 possible groups to blame for the crazy increase in “Low T” prescriptions:

3. Doctors who prescribe the drug when not indicated

While there is plenty of blame for each group, I place the most blame on the doctors. They are educated, they are empowered to prescribe, and they are paid to SAVE lives, not risk them because the patients are demanding. Doctors are supposed to be the wall of sanity between tempting advertising and demanding patients. If doctors won’t stand up to protect their patients (even from themselves), then why have any limits? Let’s all order our drugs from the Internet and cut out the middle-man, i.e. the doctor.

Testosterone is a serious drug with serious side effects and long-term consequences. According to Mayoclinic.com testosterone can increase the risk of heart disease a lot (a 2009 study on TRT had to be stopped , cause sleep apnea (a potentially serious sleep disorder in which breathing repeatedly stops and starts), stimulate noncancerous growth of the prostate (with the issues an enlarged prostate causes), it can stimulate growth of existing prostate cancer (even if you don’t know you have it), enlarge breasts and shrink men’s testicles. Other sources point out liver damage. And don’t forget mood swings…can anyone say, “road rage?”

Do I think that DTC (direct to consumer) advertising is under regulated? Yes. Do I think men bear responsibility for their request for TRT? Yes. However, the hand that writes the prescription bears the final ethical responsibility.