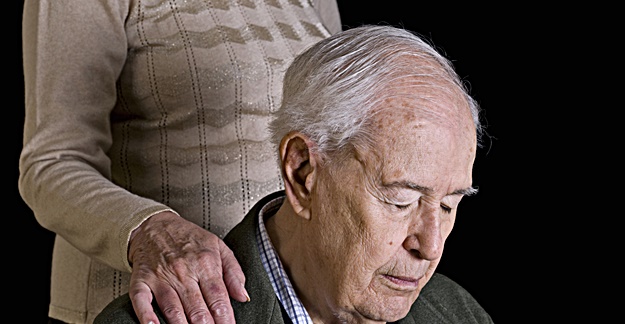 Editor’s Note 11/23/2021: Researchers recently published data showing that 41% of patients on the therapeutic dose of Adhuhelm in clinical trials experienced brain bleeds. Fewer than a third of those patients experienced symptoms. The New York Times reported one death under investigation. Some researchers worry that clinical trial participants were much healthier and therefore not representative of patients now likely to be prescribed the drug.

The newly approved drug Aduhelm (aducanumab) won’t cure or reverse the effects of Alzheimer’s disease. It might slow the disease’s progression, but there’s no proof that it will do that either. Even worse is that “more than one-third of trial participants developed brain swelling and 17% to 19% had small bleeds in their brains.”

Autopsies have revealed that those who suffered from Alzheimer’s harbor a buildup of amyloid protein in their brains. The theory — and the hope — is that a drug such as Aduhelm, that can block the growth of amyloid plaques will also slow the progression of Altzheimer’s. But that has never been proven.

When the Food and Drug Administration (FDA) asked its own independent advisory committee if the benefits of Aduhelm outweighed the risks, not one member voted yes.

Full disclosure: I’m a member of a different FDA advisory committee. In my experience sitting on an FDA advisory committee for the past four years, seldom has an entire panel voting against the approval of a drug. That is an unusual occurrence and should send a very strong message to the FDA and to the medical community that this drug is not ready to be used on patients. Doctors on the advisory committees will often ask for even a weak drug candidate to be approved, because they want it “in their arsenal,” so that patients who don’t respond to better drugs have a third- or fourth-level medicine to try. But the committee did not ask for Aduhelm to be approved. The doctors don’t even want it in their arsenal as a last resort.

Protecting patients from drugs with unreasonable risks and unsubstantiated promises of efficacy is the reason the FDA was created. Its job is to ensure that all drugs are effective and safe. Or, at the very least, that the benefits of the drug outweigh its risks of harm.

Eventually, Aduhelm may be proven effective at slowing the progression of Alzheimer’s. However, the “accelerated approval” that the FDA granted Aduhelm gives its manufacturer Biogen nine years to produce a study that shows it’s safe and effective, all while it’s available for doctors to prescribe to any patient. For nearly a decade, an unproven, dangerous drug can be prescribed to people who are desperate for a cure for Alzheimer’s. Patients have the right to assume that a drug approved by the FDA is safe and effective. This approval undermines the entire reason for the FDA’s existence.

Another drug, Makena, was approved on the “accelerated” pathway by the FDA. It’s a synthetic progesterone given to pregnant women at high risk for preterm birth. After 11 years, the manufacturer was unable to produce a study showing that it helped avoid preterm birth. This year, a study from the Endocrine Society reported that the children who were exposed to Makena in utero have twice as many cancer diagnoses as those who weren’t exposed to the drug.

This is why MedShadow exists: to ensure that the public has the information that some drugs – like Aduhelm — are drugs without proof that it works, with no long-term studies for safety and very high short-term risks. If your doctor recommends this drug, get a second opinion. Just as we reported on Makena, we will continue to report on Aduhelm.