Are Seniors Being Overmedicated? 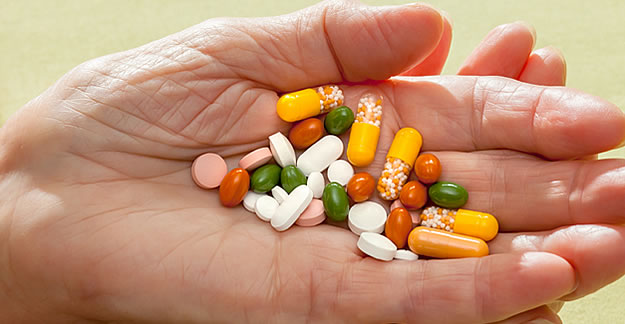 Elderly patients may be taking 4, 5, 6 or more drugs, even though little is known about the dangers of interactions. Now ‘polypharmacy’ is being challenged

How many medicines do you take? It’s a question that stumps many seniors and people with chronic illnesses. That’s because more people today take 5, 6 or more medicines simultaneously — and they take some of those drugs for years.

Doctors call this polypharmacy. For some people it’s essential to maintaining health and thus can’t be avoided. But evidence suggests and experts agree that millions of people — and you may be one — are taking more medications than needed. Not only is that a waste of money, it adds significantly to the risk of side effects and adverse drug events due to both the cumulative and synergistic impact of the drugs.

Indeed, polypharmacy is one of those persistent problems that beset the health system. Everyone knows it exists and is getting worse, but no one quite knows what to do about it. We have all these great drugs, and we pretty much just pile them on. And few studies specifically examine the interaction of even the most commonly used drugs.

“The FDA doesn’t require a realistic look at this and thus the companies don’t really probe it,” says Dr. Mark Helfand, prescription drug expert at Oregon Health & Sciences University and an internist at the Portland Veteran’s Administration Hospital. “In fact, in many of the studies drug companies do to get a drug approved, patients taking multiple medicines are excluded. But when you get out in the real world, people taking many medicines has become the norm.”

Fortunately, there are some straightforward steps you can take, working with your doctor, to identify whether you’re taking too many medicines, taking any unnecessarily, or suffering the ill effects of polypharmacy. I’ll discuss those below. But first, some numbers and explanation:

Between 30% and 40% of people aged 65 and over take 5 or more medicines regularly, according to Express Scripts, which manages pharmacy benefits for large employers, and Health USA 2013, a report from the Department of Health and Human Services published last year. Of that group, about 10% took 10 or more drugs.

This excellent overview piece from the NIH cites similar data from the mid-2000s for people aged 75 to 85, including a survey indicating that about half the people in that age group also report regularly taking either an over-the-counter medicine or vitamin supplement, or both. The American Society of Consultant Pharmacists report that 15% to 25% of seniors’ drug use is considered unnecessary or inappropriate.

“I think this problem is mostly because people see so many specialists and those specialists don’t then coordinate with each other or with a patient’s primary care provider about what drugs they are prescribing,” says Marvin Lipman, MD, a primary care physician and endocrinologist in Scarsdale, NY, and medical director for Consumer Reports. “So it’s left to the patient to track it all, and some older people just can’t do that well.”

For example, it’s problematic to take an anti-anxiety drug, an antidepressant, an insomnia medicine, a beta-blocker and an antipsychotic drug all at once. Yet some combinations of these meds are quite common among seniors. The danger with this particular mix is that the combination will almost certainly yield a heavily sedated, cognitively impaired person who, if not bedridden from the sedation, is prone to falls.

The dangers of polypharmacy affect seniors more than other groups. Geriatric patients are more vulnerable to the risks of drug side effects as their bodies and minds age. A 2012 report by Bruyere, a Canadian health services organization listed several factors (pdf) that put the elderly at increased risk from polypharmacy:

Statistics indicate and many experts concur that the problem has worsened over the past decade. The main reason is that there are simply more drugs available for the chronic illnesses that beset older people — from high blood pressure and cholesterol to osteoarthritis and osteoporosis. Improved diagnoses of those and other conditions also enhances medication use. The increased marketing of drugs to consumers also plays a role, as patients inquire and even demand the medicines they see advertised on TV and in magazines.

The NIH report quantifies several of the dangers associated with polypharmacy. Notably, as the number of drugs taken rises so does the likelihood of drug-drug interactions. The report notes that people taking 5 or more medicines had an 88% increased risk of experiencing an adverse drug reaction (ADE) compared to those taking fewer medicines. And in nursing homes, the rate of ADEs was twice as high for those taking 9 or more drugs compared with residents taking fewer medications.

The growth in polypharmacy over the last few decades is due largely to the accelerating use of cardiovascular drugs. From 1988 to 1994, for example, only 6 percent of people age 65 and over were taking a cholesterol-lowering drug; by 2007-2010, the percentage had risen to 47 percent. For other heart disease drugs, the proportion of people 65 and over taking at least one medicine rose from 51.5 percent in 1988-94 to 70.2 percent in 2007-2010, according to the Health USA report.

How much of this use is unnecessary or inappropriate is the much harder thing to gauge. A compelling 2013 analysis by IMS Health, a pharmacy and healthcare data analysis firm, estimated that “mismanaged polypharmacy” in older adults led to $1.3 billion in unnecessary healthcare spending that year. The group attributed billions of dollars in additional wasteful spending to prescription of the wrong medicines, medication non-adherence (which often correlates with the use of multiple meds), misuse of antibiotics, and medication errors. Combined, IMS Health estimated that these problems led annually to “unnecessary utilization of healthcare resources” involving:

A less understood factor in polypharmacy is that people who see many doctors are much more likely to be taking many drugs. The Express Scripts report found, for example, that 1 of every 4 patients in 2014 had prescriptions from at least 4 different doctors.

The benefit/risk calculus of taking multiple medications is significantly dependent on the condition or conditions a patient has. Most cardiologists these days would think nothing of prescribing several drugs to a patient who has had an initial heart attack, or even to a patient who’s at high risk for a heart attack or stroke. The drugs might include a statin, a beta-blocker, aspirin, and an ACE inhibitor or calcium channel blocker. If the person has diabetes, another drug or 2 would likely be added.

But studies and review articles find that some conditions and illnesses are prone to overmedication that has negative consequences. The most vulnerable: elderly people with a heart condition and mental health issues or substance abuse.

The good news is that the risks associated with polypharmacy are becoming more widely recognized and efforts to address the problem are spreading. Medication reviews are now more common when people change health plans and/or doctors. And a growing number of Medicare Advantage Plans have launched “deprescribing” initiatives. Health insurers also more routinely review data from multiple pharmacies to check for excessive and duplicate prescriptions.

Indeed, 2 recent scientific reviews analyzing the results of some 40 deprescribing initiatives among people aged 65 and over found that most of these efforts were successful — leading to substantial proportions of seniors discontinuing drugs deemed no longer necessary. Among the drug classes targeted with the best success: high blood pressure, anxiety, and other mental health medicines. Importantly, several of the studies followed patients for 1 to 5 years and documented no or minimal adverse effects after the medicines were stopped.

“I ask my patients to bring all their prescription bottles in every time they come,” says Dr. Lipman. “And I do discontinue them when necessary.”

What’s woefully lacking still, however, is coordination among insurers, doctors and pharmacies on a larger scale — with routine periodic checks of all the medicines a person is taking and a process to reassess whether they still need to be on them. The health system’s default mode is to leave that task to overtaxed primary care doctors, who can’t bill specifically for a thorough medication evaluation.

Another dangerous default is to assume that people need to take chronic disease meds (high blood pressure, diabetes, cholesterol-lowering, etc.) for long periods, or the rest of their lives. In my view, too many docs succumb to drug company propaganda on this front. To be sure, millions of people benefit from taking several meds for chronic diseases. But it’s also true that many people who have marginally high cholesterol, high blood pressure and blood sugar can cut back on their meds if lifestyle changes bring their conditions under control. And there’s still too little emphasis on exploring those options.

There’s also a fair amount of research suggesting that a sizable portion of the people taking antidepressants, anti-anxiety meds and pain relievers don’t need to.

How to Streamline Prescriptions

Here’s a list of steps you can use to cut back on the number of Rx drugs you or a loved one takes each day:

✓ If you take 4 or more drugs (including vitamins, herbs and OTC medicines) on a regular basis and have not had them reassessed by your primary care doc within the past year, do so as soon as possible. Take the pill bottles in with you so your doctor is sure to have accurate information.

✓ Be proactive when discussing your meds with your doctor. Ask if you still need to be taking each drug and why. You can also ask if the dosage of any of your prescriptions can be lowered. This goal of cutting back is especially true if you have 5 or more prescriptions. Don’t stop taking any drugs on your own without checking in with your doctor.

✓ Ask your doctor if lifestyle changes, such as modifying your diet or exercising more, would enable you to cut back on any of your medications. Also do some research to see if any studies show that alternative treatments like acupuncture, yoga or meditation can help your condition.

✓ Don’t rely solely only on your doctor to know details about drug-drug interactions. Plan to do some sleuthing online on your own. Reliable websites such as healthline.com and medscape.com, list potential interactions and explain the problem.

✓ If you start taking a new medicine on top of 2 or more and you experience new side effects, tell your doctor right away. This is especially true if your symptoms include stomach upset or queasiness, dizziness, sedation, or loss of balance.

✓ Keep in mind that a new side effect or drug-drug interaction can develop with meds you’ve been taking for a while. That’s because some drugs build up in the body, increasing their potency. Other drugs can lose their effectiveness over time, so a condition’s previously treated symptoms can resurface.

✓ Use only one pharmacist! Get your prescription drugs from one pharmacy, and make sure your pharmacist knows what you’re taking (including any herbs you might have been prescribed elsewhere). Pharmacists are often better drug interaction specialists than doctors.