With Benadryl, a Murky Risk-Benefit Analysis 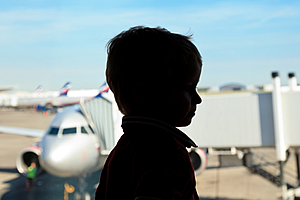 This past winter break, my partner and I are drove up to the Berkshires for vacation with our 5-year-old son. As I packed for his first ski camp and yet another snowstorm, I also made sure I packed individual packets of single dose children’s Benadryl. Not for its medical intent, but for its unintended use: its side effect.

Our son gets motion sickness when we travel, and a pharmacist once told us to give him children’s Benadryl, and we haven’t looked back. Benadryl is the brand name of diphenhydramine, an antihistamine that is most commonly used to treat allergies. One of the side effects is marked drowsiness, and it is for this side effect that I always pack a few doses.

Working for MedShadow Foundation has made me all too aware of the red flags of a medicine’s side effects, and every time I pack a single plastic spoon filled with diphenhydramine, I quickly run through the pros and cons of what I am doing to my son. Every child is different, and for my son, his side effect is that he goes immediately lights out, and sleeps through everything from stop-and-go traffic to airplane turbulence.

On this trip through the beautiful winding roads of New England, I decided that I would try to see how my son would handle the trip without Benadryl. And so, on the 5-hour-drive through stop-and-go traffic in the city and the switchback roads of the Berkshires, my son made heavy use of the motion sickness bags I
pilfer from airplanes for future road trips. He was miserable. He vomited going over the Tappan Zee Bridge, he vomited pulling into a rest area, he vomited after an ill-advised lunch break, and he finally passed out in exhaustion when we made it there. He woke up cranky and dehydrated.

After that horror show, I gave him a Benadryl on every trip to the mountain to ski, and my son was able to go from point A to point B without vomiting. One would think this would be a success. But it wasn’t, because the side effect is that he would fall asleep during the short car ride to the mountain, and we would have to wake him up only for him to be drowsy and cranky. For hours. Thankfully ski camp was still a blast, but at what cost? Was I using the drug for his comfort or for mine? Is using a drug for sedation worse than not using something for motion sickness?

We don’t travel frequently enough to be in the position of making this decision a regular occurrence, and thus we don’t have to decide to put him on Benadryl so often that he could suffer any long-term effects. But I am, in my own way, weighing which side effect is worse, the medicine itself or the reason to take the medicine in the first place.

Since then, I have laid off the Benadryl. And instead of packing the antihistamine, I pack several changes of clothes and a washcloth. I have tried wristbands with pressure points and breathing through the motion sickness by singing along to the “Frozen” soundtrack very loudly. But these efforts just make me feel like I am doing something because sadly these “remedies” don’t work.

I will still search for that cure. Perhaps a children’s dose of Dramamine? In the meantime, every now and then I make an exception, like when we have to endure hours of stop-and-go traffic to the beach, before he starts to tell me with his sad face that he is very sick, and then a couple hours of sleep in standstill traffic doesn’t seem like such a bad side effect, after all. That’s my hope anyway.