Black-ish Hits a Sour Note When It Comes to Diabetes 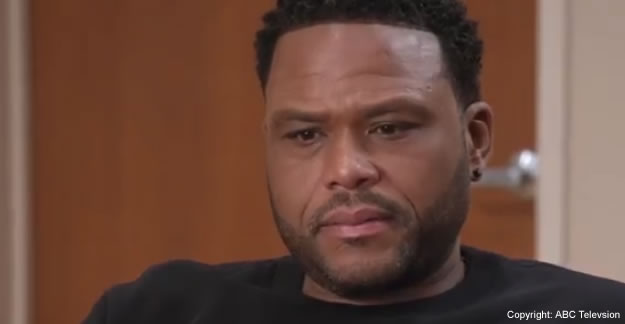 Do you like the TV show black-ish? I do. It’s funny, and the acting is outstanding. But even better, every week the show uses its immense platform to educate the public on race issues. I admire the show and look forward to watching it.

Imagine my outrage when I watched the episode about type 2 diabetes entitled “Sugar Daddy” and realized the show had sold out to a pharmaceutical company. Oops, sorry, the TV network that carries the show, ABC, actor Anthony Anderson and the pharmaceutical company call it a “collaboration.” (Novo Nordisk sells multiple diabetes drugs and advertised on the episode. In addition, Novo Nordisk is the sponsor of the Get Real About Diabetes website and Facebook page. Anderson is a paid spokesperson for the company.)

The message in the episode completely overemphasizes the role of medication by suggesting that the most important aspect of diabetes care is using injectable insulin. That’s wrong, and that’s harmful.

Type 2 diabetes is an excellent topic to address — African Americans are twice as likely as Caucasians to get diabetes AND it’s one of the few diseases that can be minimized and often reversed, if caught and addressed before the pancreas stops creating insulin completely.

The writers, producers and the lead actor squandered their opportunity to help those most at risk for diabetes. Worse, so much worse, the episode mocked Dre’s first instinct to attempt to cure his diabetes. In the episode Anderson’s character, Dre, follows advice from a quack TV doctor shilling a cure-all for diabetes. In doing so, the show implied that any attempt to reverse diabetes is a sham and dangerous. That is far, far from the truth.

In reality, it is possible that losing only 5% to 10% of your body weight and building up to 150 minutes of exercise a week may help to slow or stop the progress of type 2 diabetes.

“People with type 2 diabetes find themselves on a road toward increasing weight, rising blood sugar and increased dependence on drugs,” noted Neal Barnard, MD, diabetes researcher. But by making specific changes to the diet and by losing weight, type 2 diabetics can see blood sugar levels improve to the point where diabetes is no longer diagnosable, he adds. The benefit: Antidiabetic medications can be lowered or stopped altogether, and common symptoms of type 2 diabetes (like nerve pain in the legs and feet) can entirely disappear, Dr. Barnard explains.

Some People Can Reverse Type 2 Diabetes

Even better, serious comorbidities that accompany diabetes, like heart disease, can be reversed, reducing the need for those medications as well. In addition to diabetes research, Dr. Barnard is the founding president of the Physicians Committee for Responsible Medicine (PCRM) and the author of Dr. Neal Barnard’s Program for Reversing Diabetes: The Scientifically Proven System for Reversing Diabetes Without Drugs.

In real life, actor Anderson was diagnosed with diabetes in 2002 when he was 32 years old. He is quoted as stating, “I started with my diet. Al Roker is a good friend of mine and he recommended his nutritionist to me. She helped me cut out unnecessary carbs and gave me an action plan to eat healthier and cleaner. To be active, I started biking. Almost everywhere I went, I either walked or biked. I loved Manhattan, so biking around it was something I could enjoy while also being active.” He took oral meds for years before he needed injectable insulin.

His character, Dre, did none of that. He didn’t accept that his eating or lack of exercise probably caused diabetes, and he didn’t make any lifestyle changes. His doctor immediately suggested injectable insulin without warning Dre about the severe side effects that many people experience.

For many diabetics, medicine is part of their life. But along with medicine come side effects. Metformin, one of the most common oral meds for diabetes, is well tolerated, but it still can cause nausea, muscle pain or weakness and other side effects. Using one drug can limit what other drugs can be used because of interactions. When on metformin patients need to avoid warfarin, some acid reflux meds and some heart meds.

I was on the FDA Advisory Panel in Fall 2017 that approved Novo Nordisk’s latest diabetes drug. There were benefits to the drug, but at least 20% of the trial participants had to drop out because they couldn’t take the nausea, diarrhea and constipation. (This is a problem with other GLP-1 agonists, too.) These symptoms could lead to using drugs to treat side effects. (See my article about the hearing and to learn more about the drug.)

By changing his lifestyle, my friend lowered the odds of ever getting diabetes again by over 50%.

Milko C of NYC enthused to me that he cured himself of diabetes. Taking his doctor’s advice, he cut the amount of carbs he ate, drank a lot of water, incorporated walking and Citibike into his commute to work and took the Metformin (to help regulate natural insulin production) the doctor had prescribed. In 3 months, he lost the extra 35 pounds he’d been carrying and increased his muscle mass a little. His A1c went from 11 to 7 (below 5.7 is normal). Two years after his lifestyle change, his doctor declared him “cured” of diabetes when his glucose lab came back as 5.3 and he doesn’t need the medicine anymore. Could he get it again? Yes, of course. But by changing his lifestyle, he increased his healthspan significantly — in fact, he lowered the odds of his ever getting it again by over 50%.

The Diabetes Prevention Program (DPP), a federally funded clinical research project, studied more than 3,000 people at high risk for diabetes. In results published in the New England Journal of Medicine in 2002, the DPP found that participants who lost 5% to 7% of their body weight and engaged in low-intensity physical activity (including walking) decreased their risk of developing type 2 diabetes by 58%.

Before I get a letter from ABC pointing out that the intro section of the episode spoke directly to the role of obesity in diabetes (in a cartoon format), I agree: You did do that. Right along with a list of all the reasons why diet and exercise are “impossible” for poor or middle-class African Americans. Dre’s voice-over listed the lack of good grocery stores in poor areas, the time crunch of working 2+ jobs, the difficulty of exercising — very cute having the cops chase a black jogger as if he were a bank robber. Yes, ABC, you mentioned diet and exercise along with every excuse possible for not changing unhealthy lifestyle patterns.

If you have diabetes or are at risk of the disease, get real about what you eat and how you exercise. It doesn’t take much to potentially divert the course of diabetes, but it does take commitment. Take care of yourself, and try to avoid daily meds with all their side effects.