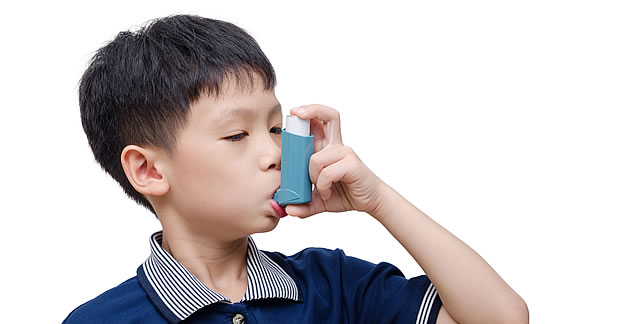 Asthma has morphed from being under-diagnosed 30 to 40 years ago, when doctors often mistook it for bronchitis and treated it with antibiotics, to becoming, in the last decade, so frequently diagnosed that inhalers are now dispensed too readily, say respiratory specialists.

Why is this happening? Increases in air pollution have led to a higher prevalence of asthma, which can also be caused by dust from central heating and air conditioning, being around animals and poor indoor air quality.

But as a result, “people are more ready to make the diagnosis, and sometimes a bit too ready,” says Andrew Bush, MD, who specializes in pediatric pulmonology at Imperial College, London.

He and his colleague Louise Fleming, MD, published a paper last month warning about the side effects of over-prescribing inhalers for children who may not have asthma, citing the dangers of corticosteroids, the medication in many inhalers (though not all asthma inhalers have these meds).

If your child has been wrongly diagnosed and given an inhaler, and continues to cough, you might return to the doctor, who could give you a stronger dose. That’s when it becomes a problem.

Inhalers push steroids deep into the lungs to lower the inflammation in the throat and lungs that are hallmarks of asthma. They are effective for most asthma attacks. Inhalers were an ingenious invention because they deliver a very low dose of steroid very quickly and only where they are needed. (In life-threatening asthma attacks, hospitals have to administer much higher doses of steroids, which can be very damaging if used frequently.)

If the particles from asthma inhalers travel deeply into the lungs, they can be absorbed into the bloodstream. Most asthma patients are given low doses, so it’s not an issue. But if your child has been wrongly diagnosed and given an inhaler, and he/she continues to cough, you might return to the doctor who could give you a stronger dose. That’s when it becomes a problem.

Over time, high doses of steroids can suppress a child’s growth, reduce immune cell activity in the airways and ironically, and lead to an increased risk for respiratory infections like pneumonia (and tuberculosis in areas where TB is common).

“If an asthma treatment is not working, you have to ask yourself, does the child actually have asthma?” says Dr. Bush. “Don’t leave a child for months and months on the inhaler treatment, without checking to see if they actually need it.”

A Dutch study of 650 children found that at least half of all those identified as having asthma did not actually have it, and many of them had been diagnosed based solely on symptoms such as wheezing and coughing, rather than on the results of appropriate breathing and lung function tests.

Often, this happens because understandably anxious parents may misinterpret their child’s coughing and wheezing and pressure their child’s doctor to “fix” it. And, of course, they and their children’s doctors don’t want to let a child suffer or realize 6 months later that they should have done something to ease symptoms.

Doctors don’t want to overlook a potentially serious disease like asthma, so they may err on the side of caution and prescribe an inhaler. It takes time to figure out whether a cough is just a cough or something else, but with the kind of time pressures doctors face plus parental pressure, handing out an inhaler may be a quick fix.

‘With any other disease on the planet, I wouldn’t hand you a diagnosis without conclusive tests.’

The rush to label a child as an asthmatic is similar to the readiness with which many children are labeled as ADHD — and it’s a problem, because the actual cause of the symptoms is not being cured or addressed.

“With any other disease on the planet, I wouldn’t hand you a diagnosis without conclusive tests,” Bush points out. “If I gave you blood pressure medicine without ever testing your blood pressure, you’d think I was crazy.”

Why then do some doctors diagnose asthma in children, without following the national standard of guidelines for asthma diagnosis and treatment?

Sometimes it’s a case of familiarity. Many doctors think they know the symptoms — typically wheezing, coughing and breathlessness — and can make a call just by speaking with the patient, but it’s not that easy to diagnose, says Dr. Bush.

If your doctor says your child has asthma, first find out why he or she thinks so, and  ask for breathing tests to be done.

Spirometry is a simple test that measures how much and how fast you can blow air out of your lungs, which helps determine if there’s airway obstruction.

But for someone with actual asthma, a disease that can be fatal, an inhaler can be a life saver. Failure to take basic medication is one of the causes of asthma deaths. If you are worried about your child having asthma, definitely get her checked out.

Children may also outgrow their symptoms (though they also may remain susceptible to asthma as adults), so a medicine that was right for them earlier may not still be the right choice later. “As a parent, you’re the expert when it comes to your child, so trust your judgment,” Bush says, especially when it’s time to rethink something.