The Lowdown on NSAIDs for Pain 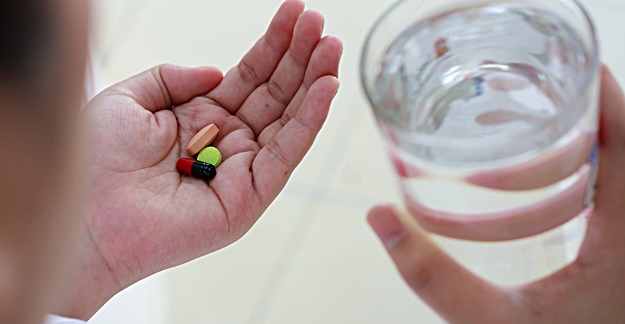 Headache. Aching or injured back. Sore muscles or joints after overdoing it on the tennis or basketball court or golf course. Or even a long day in the garden.

These aches and pains are among the reasons that every day, nearly 1 in 5 Americans (17%) turn to a group of over-the-counter and prescription pain relievers collectively known as “NSAIDs” – nonsteroidal anti-inflammatory drugs. The best-known ones are ibuprofen (Advil, Motrin), naproxen (Aleve) and good old aspirin.

They work — and work well — by blocking the production of substances in the body called prostaglandins that trigger pain and inflammation.

Even as misuse and abuse of stronger opioid pain relievers gets all the media attention, there’s long been concern that NSAIDs, too, are overused. And that overuse may be on a much larger scale since it involves tens of millions of Americans who take the medicines regularly for mild pain and muscle soreness, pain that almost always resolves itself in a couple days.

Many older people also take these medicines on a regular basis (often every day) for the joint pain and stiffness associated with osteoarthritis and normal aging. About 1/3 of adults age 65 and older have osteoarthritis.

Serious Side Effects Associated with NSAIDs

The concern on both counts revolves around the quite serious side effects the medicines can cause, and the risks they pose — especially if overused at higher doses for long periods. Two recent reports from Consumer Reports discuss the issue and offer detailed recommendations. One is the cover story in the June 2016 issue of Consumer Reports magazine. The second is an updated report on NSAIDs from Consumer Rehttp://www.consumerreports.org/cro/2013/07/treating-pain-with-nsaid-medications/index.htmports Best Buy Drugs, available online.

Here’s the most salient advice distilled from both articles, which draw on the latest research:

Risk of Heart Problems and Stroke

Pain Relief: What You Need to Know (Consumer Reports)

My doctor has ignored the opinions of 3 specialists I have gone to: one a rheumatologist, one an orthopedist, and the other a kidney specialist. All agree that I need not be concerned about taking an nsaid–in fact the first 2 said more often than I was, if need be. In spite of being on it for more than 5 yrs, I have managed to taper down to twice weekly. Without it, I cannot function due to inflammation from several chronic conditions. Pain is not the issue nearly as much as inflammation despite following all the recommendations of exercise, keeping weight well in control, eating anti-inflammatory foods regularly, etc.

I am 75 and in reasonable health. No red flags. Yet, across the board, my primary refuses to refill Melaxicam–tells me to get somebody else to do this if they are comfortable doing so. ]

As a result, I am changing my primary care–very annoyed, but so glad to find this article to validate what the specialists have said. Very sad when a doctor refuses to listen, even to the wisdom of others who know my disease processes better than she.