Crowdsourcing is the hot new trend in health web sites. They offer an intriguing, sometimes…

Only Half the Story

Runny Nose, Sore Throat and Coughing: How Should I Treat Cold Symptoms? 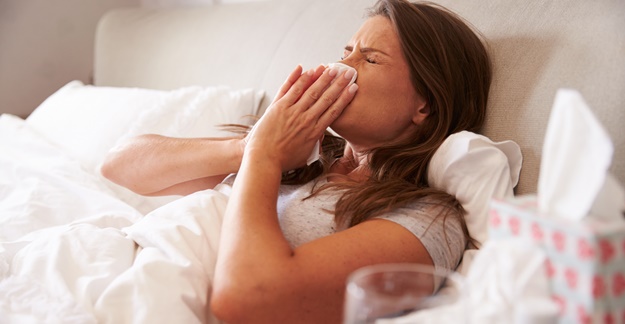 Cold season has arrived. When you come down with the sniffles or a sore throat, what are the best remedies at your drug store to help you feel better?

Getting a cold can be a miserable experience that most of us will probably have at least once over the next seven or eight months. You might first notice symptoms of sniffles, a scratchy or sore throat from the post-nasal drip, tiredness or just feeling unwell, which may be followed by runny nose, sneezing, coughing and achiness. I was once told by a physician that some people can even perceive more subtle symptoms when they become infected with a cold virus.

So is there any value in medicating yourself to try to prevent or treat and offset these early symptoms?

What About Vitamin C?

You often hear that taking vitamin C may prevent you from getting a cold, or at least reduce the symptoms of a cold. But when researchers evaluated past vitamin C studies, they found no evidence that vitamin C prevented colds in the general population. There is, however, some evidence vitamin C might help shorten the length of your cold by up to 10%, which is equivalent to about a day, or make the symptoms less severe. Since vitamin C is generally considered safe and relatively inexpensive, you might experiment with taking daily doses before you get sick. But you need to remember the recommended daily allowance of vitamin C is only 60-75 mg per day, and higher doses may lead to other problems, such as diarrhea.

Zinc lozenges, another popular remedy, won’t prevent colds, though high-dose versions may help to curb how long you have symptoms, according to a 2015 meta-analysis. However, there are notable side effects (vomiting, stomach cramps, diarrhea), possible toxicities and potential drug interactions that may make you think twice before taking a zinc supplement.

Is It a Myth That Chicken Soup Helps?

Feed a cold with chicken soup? Maybe you remember your mother making chicken soup for you when you had a cold. There is some truth to the age-old adage about feeding a cold. Your body reacts to the cold virus by launching your immune system to fight it. This process takes energy. Eating chicken soup (or other soups) helps provide your body with nutrients to fight off the cold and keep your body from getting weaker. Savory soups and warm drinks also help to keep your body from getting dehydrated and to ease your stuffy nose, soothe a sore throat and liquefy thick mucus. Drink plenty of fluids, but try to avoid caffeinated ones as they may dehydrate you.

What About Over-the-Counter Meds?

Many over-the-counter medications are available to treat the symptoms of your cold and make you a bit more comfortable. But this can be confusing when you’re in the pharmacy looking at all the products that are available on the shelf. Why do you treat a stuffy nose with a nasal decongestant but a runny nose with an antihistamine? A 2012 Cochrane Review of 27 studies involving OTC medications found that a combination of an antihistamine and decongestant was the best option. However, reviewers also noted that side effects such as drowsiness, dry mouth, insomnia and dizziness are common. In addition, a recent analysis recommended that decongestants should be avoided in children 12 and younger because of the risk of side effects.

Seek the advice of your pharmacist when you need to purchase medications for your cold. Many of the available cold products are combination products that contain multiple medications, some of which you don’t need or shouldn’t take at all. Remember, your cold treatment needs to be individualized to your cold symptoms. It also needs to be safe for you to take with your other prescription medications. Just ask your pharmacist.

The Best Way to Treat Heat Rash According to a Doctor

When Side Effects Prevail