The Cough After the Cold 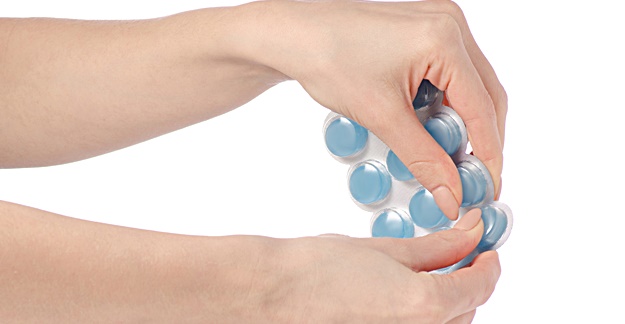 Is your cough lingering for days, even weeks, after the congestion and exhaustion of a cold or flu is gone? If you are using cough drops to soothe and calm the coughing, STOP RIGHT NOW.

Dr. Bob Mead noticed that patients who came to his office to address a lingering cough most often told him they weren’t taking any medicine for it… as they popped a cough drop. Some patients were taking 20 drops a day! On a hunch, he told them to stop the cough drops and see what happened. Most often the cough was gone in a day or two.

Dr. Mead asked the Wisconsin Research and Education Network (WREN) to run a study. Their research, published in the Journal of the American Board of Family Medicine, confirmed Dr. Mead’s insight. WREN studied more than 500 patients in rural, suburban and urban Wisconsin clinics.

The study found that more menthol means more coughing. The menthol initiated a rebound effect — it would soothe the cough at first, but quickly became the irritant that increased the cough. Cough drops have differing amounts of menthol in them — some have none. What mattered was not how much menthol was in the drops, but how much accumulated in your body over the day. Twenty low-level menthol cough drops could be just as bad as only a few very high-level menthol cough drops.

This study focused on those people whose cough could be described as a “tickle in the throat,” a cough that can be triggered by talking, one that is not productive (doesn’t bring up phlegm), and the patient has no fever.

I spoke with Dr. Mead and told him I had that very cough and I’d been using 10 or more cough drops a day, often coughing while the drop was in my mouth! I had stopped the cough drops as soon as I read the article.

“When was that?” he asked.
“Two days ago,” I responded.
“Was your coughing worse yesterday?”
“Yes it was, but much better today.”
“That’s the rebound effect of the menthol; it takes a day or so to get out of your body.”

Of course, Dr. Mead noted, the study did not consider underlying reasons for the cough. Coughs that come from asthma, COPD or other health reasons could have a completely different response to menthol.

What does Dr. Mead suggest to his patients now? Patience, and if the coughing is too disruptive, choosing a cough syrup that has dexamethasone is often effective at suppressing it.

The study was conducted by the Wisconsin Research and Education Network (WREN), headquartered in the department of family medicine and community health at the UW School of Medicine and Public Health.