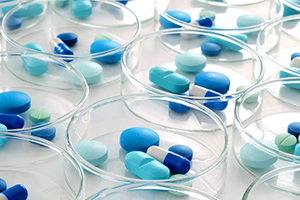 Many drugs used to treat diabetes are approved by the FDA using surrogate endpoints, causing serious side effects.

Surrogate endpoints: If you think that sounds like medical mumbo jumbo, keep reading. For some people with diabetes, medications that were approved based on surrogate endpoints may lead to serious side effects.

What are surrogate endpoints?

An endpoint (or an outcome) is any measurable effect observed in individuals participating in a clinical trial.

Surrogate endpoints are substitute outcome measures defined as response variables that are close enough to a true endpoint to stand in for it. They’re used in clinical trials to measure outcomes when it is difficult, impossible or takes time to use true endpoints. The idea is to speed new treatments to people suffering from a disease who don’t have time to wait.

That said, basing approvals on surrogate endpoints may not always be safe.  A surrogate endpoint measures the effect of a specific treatment that may correlate with an endpoint that provides true clinical benefit to the patient — but may not.

A surrogate endpoint that didn’t work was using good cholesterol (HDL), known as a protective risk factor for coronary heart disease, as a therapeutic target during the clinical trial for torcetrapib. The trial was stopped early because of a 25% increase in cardiovascular events and a 58% increase in deaths.

An investigation by MedPage Today and the Milwaukee Journal Sentinel found that the U.S. Food and Drug Administration (FDA) approved many diabetes drugs based on a surrogate endpoint: the ability to lower blood sugar.

According to the investigation, from 2004 to 2014 none of the 30 new diabetes drugs that came on the market were proven to improve key outcomes such as reducing heart attacks or strokes, blindness or other complications of the disease. Not only were the drugs not proven to lead to better health for some users, 3  diabetes drugs had side effects that led to serious — even fatal — results:

The common denominator? Each of these drugs was approved through the use of a surrogate endpoint.

As a result of adverse events associated with these drugs after approval, the FDA’s Center for Drug Evaluation and Research (CDER) made safety labeling changes for Januvia in July 2008, April 2011, February 2012 and October 2012; for Byetta in November 2009, November 2010, and October 2011; and for Victoza in April 2012.

Why does the FDA use surrogate endpoints?

According to FDA testimony before the Subcommittee on Health Committee on Energy and Commerce on July 11, 2014, “the process of drug development leading up to submission of a marketing application is often inefficient, costly and slow.” One of the ways the FDA sought to increase the speed and efficiency in several areas in the clinical trial phase of drug development is by granting an “accelerated approval pathway” for drug developers that “allows for the use of surrogate endpoints, reasonably likely to predict a clinical benefit to get certain drugs for serious conditions more rapidly to patients.”

The FDA can consider using surrogate endpoints in their evaluation of any new drug approval. The MedPage Today/Milwaukee Journal analysis suggests that surrogate endpoints are attractive to both industry and regulators because they provide a faster, less expensive route to marketing approval than clinical trials that rely on hard endpoints. These take years longer and require many thousands of patients to comply with the protocols of the study.

Using surrogate endpoints can help speed up drugs in the pipeline for patients who have no other recourse and when there is an urgent need.

Consider people who have certain cancer tumors or rare diseases (any disease that affects fewer than 200,000 Americans, like cystic fibrosis). They need more new options, fast — because there is either no treatment for their condition or they are taking medications that are no longer effective.

Cancer is a particularly poignant example. Last summer the FDA’s Oncology Advisory Committee (ODAC) denied recommending fast track status to a new treatment, a drug called olaparib, which left some in the audience disappointed and upset. As Reuters reported:

“The June 25th vote followed hours of presentations by AstraZeneca and the FDA, as well as an open public hearing with emotional pleas by ovarian cancer survivors and patients, including one who was preparing for a return to chemotherapy the next day. She implored the ODAC to support accelerated approval for olaparib; without it, she said, she might die before the ODAC meets to discuss the application further.”

Using surrogate endpoints can also benefit the bottom line for pharmaceutical companies since doing so often saves time and cost for the drug developers, allowing them to see profits earlier.

What are the Risks?

Since using surrogate endpoints allows for faster, smaller clinical trials, they are also less likely to uncover side effects because the proposed treatment is tested on fewer people for a shorter time period.

Another potential risk is “off-label” use of drugs. Prescribing off-label means the medication is being used in a manner not specified in the FDA’s approved packaging label, or insert — which is entirely legal. Doctors admit, though, that using a drug off-label can raise the risk of lawsuits should a patient have unwanted or bad side effects.

Does the FDA use surrogate endpoints for other diseases?

The FDA has often used well-established surrogate endpoints for traditional approvals. According to the Agency, for the 94 new drugs approved by FDA between 2010 and 2012, 45 percent were approved on the basis of a surrogate endpoint.

Forbes took a look at blood pressure medications in 2013, reporting on use of a surrogate endpoint for antihypertensive drugs developed to reduce blood pressure that can claim a cardiovascular benefit, even though heart disease isn’t a clinical endpoint.

Why? An FDA guidance document notes that blood pressure control is well established as beneficial in preventing serious cardiovascular events, and inadequate treatment of hypertension is acknowledged as a significant public health problem.

That takes us back to diabetes

In its testimony before the subcommittee, the FDA said it “regularly relies on a surrogate endpoint for approval of new therapies for diabetes, including several major new therapies in recent years, greatly expanding the physician’s armamentarium for treating this disease.”

Why diabetes, in particular? Because prevalence of type 2 diabetes and pre-diabetes has increased dramatically, leading to serious problems with heart and kidney disease as well as amputations. So the medical community felt some urgency about the need for additional treatments.

Behind these numbers is a backstory, uncovered in the MedPage Today/Milwaukee Journal investigation. In 1997, experts convened by the American Diabetes Association changed the definition of type 2 diabetes, lowering the blood sugar threshold. This added about 1.9 million to the numbers of Americans with diabetes. Then in 2003, the association changed the definition of prediabetes, a move that upped the number of Americans with the condition by 25 million. That’s 25 million more people who are eligible to take the drugs, many of them approved on the basis of surrogate endpoints.

How do we know if drugs approved with surrogate endpoints show side effects later?

Many drugs are now subject to post-approval clinical trials — that is: ongoing additional human studies or clinical trials that will be completed after the drug has been approved and is marketed as having a clinical benefit.

The Food and Drug Administration Amendments Act of 2007 gave the FDA the authority to require a Risk Evaluation and Mitigation Strategy (REMS) from manufacturers to ensure that the benefits of a drug or biological product outweigh its risks. Basically, a REMS is a safety strategy to manage a known or potential serious risk associated with a medicine and to enable patients to have continued access to such medicines by managing their safe use. A REMS may also require documents for patient education on safe use of the drug, like a Medication Guide.

For example, Bydureon (exenatide), a drug to treat type 2 diabetes mellitus, is required to have a REMS to inform healthcare professionals about the risk of acute pancreatitis and the potential risk of medullary thyroid carcinoma associated with this drug.

What can we do NOW?

In addition to REMS, the FDA relies on doctors and patients to report adverse events — another name for side effects. Drug companies are also required to file reports — but patients and doctors often don’t report incidents to the drug makers. So we should report incidents directly to the FDA.

And as always, talk over treatments thoroughly with your healthcare provider. A physician is not required to explain the results of the clinical trial or whether a medication is being prescribed off-label. So ask if the drug you are taking was brought to market using a surrogate endpoint, and go ClinicalTrials.gov to research the treatment history during the clinical trial process.

No More Meat: Empowering Your Mind and Freeing Your Gut

Power to the Patient Podcast

No More Meat: Empowering Your Mind and Freeing Your Gut

How Do You Know Which Diabetes Drug Is Best for...