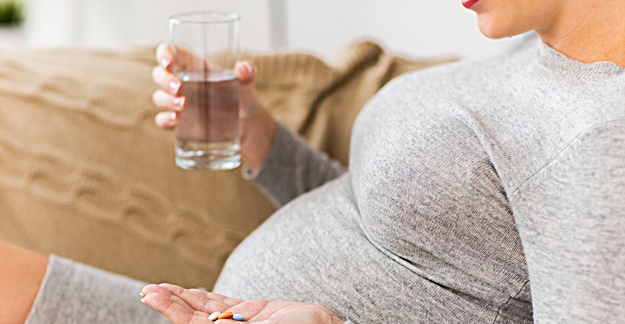 Can you take that prescription drug while pregnant?

The FDA wants to find out. The agency is taking a closer look at the risks and benefits of taking drugs during pregnancygiven that there is a general lack of information on the topic. Also, many expectant moms have concerns about taking medications.

Relatively few prescription drugs have been approved for use during pregnancy, and many others other have never included pregnant women as part of clinical trials. As a result, the potential risks from drugs that pregnant women need for illnesses or medical conditions are largely unknown.

Nearly half of the 6.3 million women who become pregnant annually take at least 1 medication, and between 1976 through 2008, the number of pregnant women who used a prescription drug rose 60%.

The 21st Century Cures Act, which was enacted in December, boosts funding for medical research and aims to speed approval of new drugs. The legislation also established the Task Force on Research Specific to Pregnant Women and Lactating Womento address and research safe and effective ways for pregnant women to take care of medical conditions and illnesses that require prescription medication. A 2-day public meetingof the task force ends today.

Within the next 18 months, the group will develop a report that will discuss potential alternative methods for pregnant women to manage any medical conditions, as well as provide a summary of prescription medications that are not safe for women to take while pregnant.

The report will address a wide range of topics such as vaccine safety, MRI effects on pregnant women, drug toxicity, and tobacco use and their impacts on pregnant women. Much of the research used in the making of this report is using “predictive modeling,” which uses large amounts of data to predict how pregnant women might react to a drug without actually being exposed to the medication.

Amanda Livingston is a graduate of Ithaca College, a New York City-based writer, and an aspiring children's book editor. She is currently pursuing her Master's in Publishing: Print and Digital Media at New York University.