Elisabeth Bing, ‘She did it!’ 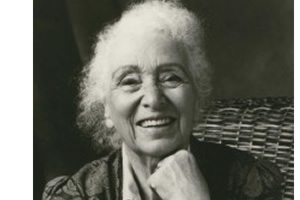 I called Elisabeth without an introduction to tell her that I was starting a magazine called Childbirth Instructor. Another magazine for childbirth educators had closed a few months earlier, and I was re-creating it.

There was a little problem, as I explained to Elisabeth: I’d never given birth and I only knew the business side of babies. I’d spent 10 years in advertising sales at American Baby magazine (which had included in its group magazines the now defunct Childbirth Educator). It was one thing to sell ads without solid knowledge of labor and delivery, but if I was going to start and run a magazine about it, I thought I should audit a class of hers.

At that time she was already old, with a halo of white hair and translucent skin. My calculations now tell me she would have been in her 75th year. She taught in a room with no furniture; we all sat on the floor. She was limber enough to sit pretzel-style and easily strong enough to rise in one fluid motion. She had a slightly high, hooting voice that wobbled from the back of her throat, very much like that of Julia Childs. It was wicked fun to imitate her voice.

But no one would ever mock Elisabeth, because there was so much to admire. She had a calmness that infused pregnant couples with confidence. She taught her eager students that birth was what your body was made for and to trust your body. She told us that labor and delivery were transformative for mom and baby and labor was the best start for both. No one screamed or fainted at the graphic childbirth film shown toward the end of the series. We already knew what we (they) were facing and had the tools to cope. She also emphasized that a healthy baby and mother was the most important outcome. If intervention was needed to secure that, so be it.

Elisabeth charged me the same price for the class as she did the couples. When I asked for the same certificate they received, she chuckled and signed one for me.

Although I never will experience labor and delivery as a mom, I did find the infamous breathing techniques a huge help when I herniated 3 discs in my upper back. My physical therapist complimented me how my controlled breathing aided her massage and made the pain manageable.

Elisabeth was quoted in the New York Times obituary as saying, “We are not being tied down anymore.” (Can you imagine being tied down to give birth?) “We’re not lying flat on our backs with our legs in the air, shaved like a baby. You can give birth in any position you like. The father, or anybody else, can be there. We fought for years on end for that. And now it’s commonplace. We’ve got it all.”

My husband’s niece Pam was born in 1974 in New York City. Pam’s mother was determined to give birth awake and aware forgoing “twilight sleep” or pain medications. She didn’t have a partner to coach or support her — her husband was serving in Vietnam.  Her doctor told her it could not be done but was willing to give it a try. My mother-in-law remembers the doctor running down the hall to announce the safe arrival of Pam, sans interventions. “She did it! She did it!” He shouted, exultant at the miracle of an unmedicated birth.

My impression was that Elisabeth was delighted to be the catalyst for change and to be famous for her role in the childbirth revolution. However, in the many years we spoke and in every interview I ever read or saw, I never heard her discuss the roots of the Lamaze movement in the US without including Marjorie Karmel’s name — even though Ms. Karmel died in 1964, 3 years before the publication of Elisabeth’s groundbreaking book, Six Practical Lessons for an Easier Childbirth.

Just as Elisabeth never let anyone forget that Marjorie Karmel’s name as Lamaze’s co-founder, I hope no one forgets the role that Elisabeth played in altering the hospitalized birth process to allow  mothers to choose their own terms and fully participate in their babies’ births.