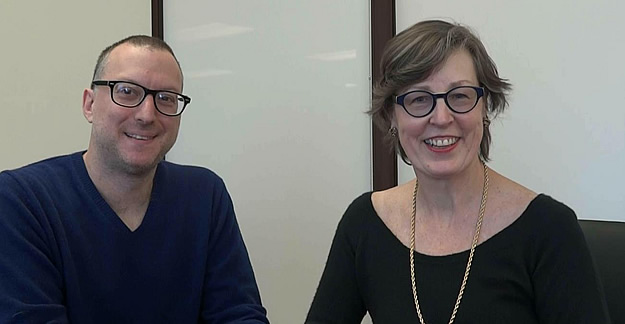 This week, Su and Jonathan discuss using acupuncture in conjunction with traditional medicine. And Su reveals a surprising positive side effect from an acupuncture session.

Su Robotti: Hello, my name is Suzanne Robotti, and I’m the founder of MedShadow. And–

SR: Today, Jonathan and I want to talk to you about acupuncture. The whole concept of someone sticking needles in me is not something I look forward to, but I’ve tried it. Have you tried it?

JB: I have not tried it, so I’d be interested to know a little bit about your experience. But before we get into that, a lot of people, when they think about acupuncture, they have that reaction like, you’re going to have needles put into you, and I think it’s actually going to be painful, but from some of the medical literature, that’s actually the opposite point of view.

We had a wonderful piece written in MedShadow recently by someone you know very well, your own acupuncturist, Dr. Noah Rubenstein, when he talks about how acupuncture can not only be used in a complimentary fashion to traditional medicine, but how accupuncture can also potentially replace drugs, you know, do the acupuncture in place of the drugs. But the fact is that acupuncture and traditional medicine don’t have to have to be mutually exclusive. They should actually be used in combination together, and I know this is something that’s very near and dear to you, since you do acupuncture. So, why don’t you show the audience what your experience has been.

SR: That’s exactly what my experience was. My shoulder became sore when I moved it in certain ways, and it didn’t seem to be getting any better with time, so I went to my acupuncturist, Dr. Noah, and he put some needles in it, and it felt somewhat better, and I spoke to a physical therapist who gave me a few exercises, and it felt a little better and I went back to see Dr. Noah again, and I worked both on a little acupuncture, a little physical therapy, and in time, and it’s substantially better. It’s not quite perfect, but it’s substantially better. So, you know, the acupuncture and the physical therapy was — I don’t know, but I felt very much that it was helpful.

JB: True. I mean one of the things that Dr. Noah mentions is that there are some leading medical institutions that are actually using acupuncture as part of treatment. The one that he mentions is right here in New York City, at the Memorial Sloan Kettering Cancer Center. They’re actually using not only acupuncture, but also some elements of Chinese medicine to deal with cancer treatment and also with the side effects that is often associated with chemotherapy.

SR: Well, I’ll tell you, as I started off saying, I was very wary of acupuncture and had very little interest, but what convinced me to go was a good friend of mine, a radiologist, and if Western medicine can take care of it, he wants you to have that shot, have that operation, take that. He is totally a believer in medicine working, but, when he had hurt his shoulder, he went to an acupuncturist, and you know, found that really did heal it completely, which is exactly why it is well, my good friend a radiologist, who totally believes in Western medicine, found a lot of success with an acupuncturist. I should certainly be open minded to it.

JB: Absolutely. And I think one of the important things about what we’re discussing today, is that acupuncture can be an option for you, of course, to something that you want to discuss not only with your medical physician, but also if you choose to try acupuncture, to have your acupuncturist and your medical doctor work hand in hand, and most likely, you’ll achieve the best results that way.

SR: Yes. I make sure my regular internist knows exactly what my acupuncturist is doing. There is one story I will tell, here again, and that is, the first time I went to my acupuncturist, I gave my life story and I mentioned in there that I’ve always suffered badly from motion sickness, and he said, maybe we can do something about that, as an aside, and it was not the reason I went to go see him. I was there for my shoulder. And the next thing I knew, I was on an airplane a few weeks later and realized I had not taken my motion sickness pill, we were in a cloud, it was bouncing and I was not sick. He cured my motion sickness. It was the strangest thing, and I’ve been back a few times for touch-ups and to keep it strong, but it’s been a wonderful side benefit, is that my motion sickness is almost gone. Yay. Thank you Dr. Noah.

JB: Great, well thanks very much Sue for sharing your stories with acupuncture with us, and thank you everybody out there for joining us today.