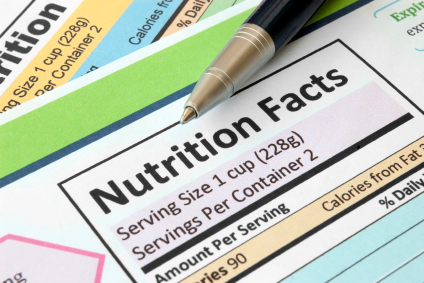 My good friend Wendy asked me on our Facebook page what the deal was with carrageenan? She’s been receiving Facebook posts and eMails for a petition against the use of carrageenan in foods from an organization called The Conucopia Institute. Should she sign it? Is this some crazy fringe group? More importantly, should she be avoiding carrageenan?

Carageenan is considered a “natural” food and is listed, when used, on foods labeled organic or natural. It used to help food gel, it gives items a smooth consistency.  As you might guess, it is used in some ice creams, yogurts and diet sodas. It’s used in organic foods. It can also be found in some toothpastes, beers and shampoos among many other products (see Wikipedia for a more complete list).

There have been questions posed since the early 1990s about the side effects carrageenans have on the intestinal tract and whether they cause chronic inflammation. Inflammation is a hot topic these days and is being blamed for everything from arthritis to cancer. Scientific studies on the intestinal systems of rats prove that the side effects of carrgeenans include tumor promotion and colitis-like diseases such as irritable bowel syndrome/IBS, spastic colon, inflammatory bowel disease, diarrhea. There are many studies that alternatively prove that carrageenans are safe and don’t cause these problems.

Carrageenan is prohibited in Europe in infant formula and baby food. Curious why it’s OK for adults but not for infants, I read the report from the European Commission, Health & Consumer Protection Directorate-General. The Commission concluded that since no tests had been conducted on baby rats, “absence of further information on possible absorption of carrageenan by the immature gut in a very young infant,” the Committee recommended against allowing it in foods intended for infants 4 months or younger. Otherwise, the Commission found no conclusive evidence to ban carrageenan, though it recommended that the molecular weight limit be introduced, “in order to ensure that the presence of any degraded carrageenan is kept to a minimum.”

One of the leading researchers on the topic of carrageenan is University of Illinois at Chicago physician and professor Joanne Tobacman. After years of study (at least some of which were funded by the National Institutes of Health) she petitioned the FDA in 2008 to ban the seaweed substance in foods. This request was denied by the FDA.

Back to the question we started with: what is carrageenan and is it something I should avoid? It’s not clear. Certainly if you have any intestinal issues or family history of intestinal issues, it wouldn’t hurt to give it a pass. Absent that, the evidence is not clear enough to warrant a lot of fear. Dr. Weil, a doctor with a large internet following, recommends against it. Prevention.com gives instructions on how to avoid carrageenan.

Personally, I’ve decided that I’m going to try to limit my exposure. I’ll review my regular foods to see if carrageenan is in them. If so, I’ll find replacement foods that don’t include them. But for foods I don’t eat regularly, I’m not going to worry if carrageenan is included in the list of ingredients. Moderation in all things.

How do you feel about carrageenan? Tell us on our Facebook page!

Debbie Young, who worked for Ingredients Solutions Inc., took us up on our offer of posting on Facebook. ISI describes itself as “the World’s Largest Independent Supplier of Carrageenan.” Debbie posted her argument for the safety record of Carrageenan, and provides a link to the FDA’s consideration and rejection of a petition to ban Carrageenan. We thank Debbie for taking the time to clarify this position for us.

Q.What is Carrageenan??
A. Carrageenan is a naturally-occurring seaweed extract. It is widely used in foods and non-foods to improve texture and stability. Common uses include meat and poultry, dairy products, canned pet food, cosmetics and toothpaste.

Q. Why the controversy?
A. Self-appointed consumer watchdogs have produced numerous web pages filled with words condemning carrageenan as an unsafe food additive for human consumption. However, in 70+ years of carrageenan being used in processed foods, not a single substantiated claim of an acute or chronic disease has been reported as arising from carrageenan consumption. On a more science-based footing, food regulatory agencies in the US, the EU, and in the UN’s Food and Agriculture Organization/World Health Organization (FAO/WHO) repeatedly review and continue to approve carrageenan as a safe food additive.

Q. What has led up to this misrepresentation of the safety of an important food stabilizer, gelling agent and thickener?
A. It clearly has to be attributed to the research of Dr. Joanne Tobacman, an Associate Prof at the University of Illinois in Chicago. She and a group of molecular biologists have accused carrageenan of being a potential inflammatory agent as a conclusion from laboratory experiments with cells of the digestive tract. It requires a lot of unproven assumptions to even suggest that consumption of carrageenan in the human diet causes inflammatory diseases of the digestive tract. The objectivity of the Chicago research is also flawed by the fact that Dr Tobacman has tried to have carrageenan declared an unsafe food additive on weak technical arguments that she broadcast widely a decade before the University of Chicago research began.

Q. What are the differences between poligeenan and carrageenan?
A. The production process for poligeenan requires treating carrageenan with strong acid at high temp (about that of boiling water) for 6 hours or more. These severe processing conditions convert the long chains of carrageenan to much shorter ones: ten to one hundred times shorter. In scientific terms the molecular weight of poligeenan is 10,000 to 20,000; whereas that of carrageenan is 200,000 to 800,000. Concern has been raised about the amount of material in carrageenan with molecular weight less than 50,000. The actual amount (well under 1%) cannot even be detected accurately with current technology. Certainly it presents no threat to human health.

Q. Does carrageenan get absorbed in the digestive track?
A. Carrageenan passes through the digestive system intact, much like food fiber. In fact, carrageenan is a combination of soluble and insoluble nutritional fiber, though its use level in foods is so low as not to be a significant source of fiber in the diet.

Summary
Carrageenan has been proven completely safe for consumption. Poligeenan is not a component of carrageenan.

Closing Remarks
The consumer watchdogs with their blogs and websites would do far more service to consumers by researching their sources and present only what can be substantiated by good science. Unfortunately we are in an era of media frenzy that rewards controversy.

Additional information available:
On June 11th, 2008, Dr. Joanne Tobacman petitioned the FDA to revoke the current regulations permitting use of carrageenan as a food additive.

On June 11th, 2012 the FDA denied her petition, categorically addressing and ultimately dismissing all of her claims; their rebuttal supported by the results of several in-depth, scientific studies.

If you would like to read the full petition and FDA response, they can be accessed at http://www.regulations.gov/#!searchResults;rpp=25;po=0;s=FDA-2008-P-0347

Xeljanz, Acupuncture for Angina and Aspirin