Good for the Mom, Bad for the Baby? 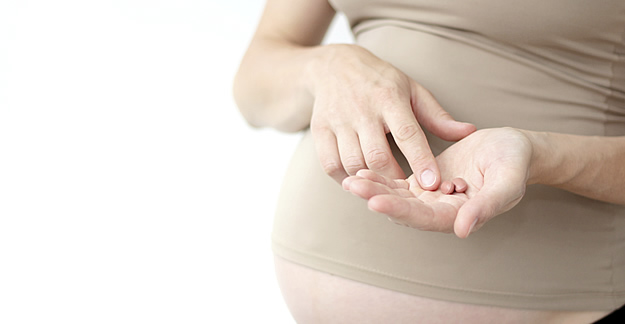 The first hope of any pregnant woman is to have a healthy baby. For those babies born with congenital heart disease it means a lifetime of extra healthcare and multiple surgeries. Some of those mothers are haunted by the concern that a drug they took during pregnancy for depression might have caused the heart disease in their babies.

The other day a woman in Washington filed a suit against Pfizer claiming that she took took Zoloft during pregnancy, as prescribed by her doctor. Her daughter was born with persistent pulmonary hypertension of the newborn (PPHN), a congenital heart defect, in 1995. I read about the law suit on InjuryLawyer-News.com.

Even though the mother and daughter in this case live in Washington, their suit is pending in PA and joins the Zoloft MDL (which was created in April 2012). An MDL is a multi-district litigation – it consolidates multiple, complex cases so that they are handled by one court. Centralizing cases with similar claims simplifies the discovery process and conserves the resources of all parties. It also ensures that pre-trial rulings are consistent. There are more than 250 lawsuits in the MDL (according to the website for law firm Alonso Krangle, LLP a for profit law firm representing some of the plaintiffs).

The use of SSRIs can be a life saver for those suffering from depression. However, there are risks to the baby when a pregnant woman takes an SSRI after the 20th week of pregnancy. Unfortunately, the risks are not clear because conclusions from some studies conflict with the results of other studies. It seems likely that SSRIs increase the risk of PPHN in babies whose mothers took SSRIs.  But the risk of major depression increases by 5x for those pregnant women going off SSRIs during pregnancy.

In 2006, the FDA published a Public Health Advisorythat compared 2 studies on treating depression in pregnant women. The first study, published in Journal of the American Medical Association(not available without subscription) found that relapse was 5x more likely among pregnant women who stopped taking antidepressant medication (SSRIs) during pregnancy as compared to those who continued taking SSRIs.

The second study, published in the New England Journal of Medicine, found that PPHN was 6x more common in babies whose mothers took an SSRI after the 20th week of pregnancy. Without exposure to an SSRI, the risk of PPHN is about 1 to 2 babies per 1000 born in the US.

The Public Health Advisory from the FDA concluded that the decision to continue medication or not should be made only after careful consideration of risks and benefits to the individual pregnant patient. It required all SSRI antidepressant manufacturers to add information on their labels describing potential risk of PPHN.

On Dec. 14, 2011 the FDA adjusted its position on SSRI use during pregnancy. The FDA Safety Announcement, referring to the Public Health Advisory in 2006 on SSRIs, stated, “Since then there have been conflicting findings from new studies evaluating this potential risk, making it unclear whether use of SSRIs during pregnancy can cause PPHN.

“At this time, FDA advises health care professionals not to alter their current clinical practice of treating depression during pregnancy. Healthcare professionals should report any adverse events involving SSRIs to the FDA MedWatch Program. FDA has reviewed the additional new study results and has concluded that, given the conflicting results from different studies, it is premature to reach any conclusion about a possible link between SSRI use in pregnancy and PPHN. FDA will update the SSRI drug labels to reflect the new data and the conflicting results.”