Listen When Your Body Speaks 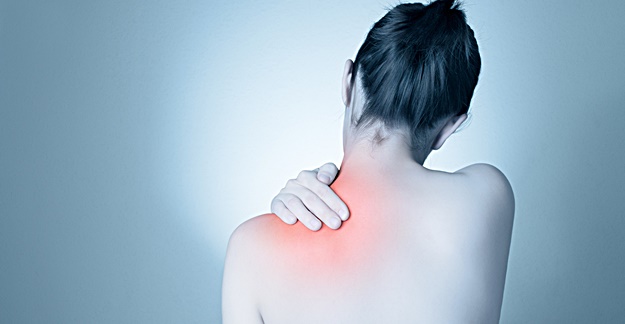 Just under a year ago, my shoulder started hurting when I moved my arm in a particular way. It felt like I’d overstretched a muscle while sleeping on my side. I work out with a trainer, so I told him about the pain (discomfort, really) and my thoughts about what had caused it. For a couple of weeks we did some strengthening exercises and I worked on sleeping on my back all night. This was a problem and still is. I move throughout the night: I start off on my back, then roll onto my left side, then my right, and back to my back again. Have you ever tried to control sleep positions? The quality of my sleep dropped dramatically.

I thought about taking pain meds or a muscle relaxant to deal with the issue. But that would only provide temporary relief to a long-term problem. And as readers of MedShadow are aware, you should only take medications for the shortest time necessary, and if possible, look for therapies that aren’t pharmacologic at all. I decided to try to find the cause of the pain.

I then tried an acupuncturist and the pain dropped back down to discomfort. I got a new trainer who is good at releasing trigger-point tightness in muscles, and he could help it temporarily. Through all this, I only felt a jab of pain if I moved my arm in a certain way.

As the months went by (and I started planks again, darn!), I began to realize the “acute” discomfort was turning into “chronic.” Was I really willing to spend the next 40 years avoiding a particular arm motion? Maybe not. I still wasn’t willing to consider surgery, so I gave the acupuncturist a second try. I walked out of his office practicing the painful move. Yup, still hurt.

A few days later I was at the massage therapist’s again, complaining about my shoulder/arm again, when she asked to see the movement. I demonstrated and noticed the pain was much less severe, almost gone. The massage therapist asked that I do the move again, slowly, and keep my shoulder relaxed. Then again, but to avoid engaging my shoulder or my scapula: Instead let the back muscles do the work to lift the arm — and to think of my lat muscles (latissimus dorsi) as a counterweight to my arm lifting. This would not only keep my body in balance instead of hauling my arm up with my shoulder muscles, but also give the muscles a moment to warm up. It isn’t a motion that I make often, so each time the muscles need a minute to smoothly engage. Wow!

Was it the second acupuncture? The steady improvement of my muscles in training? The visualization of my body muscles working in harmony? Maybe it was simply time resolving a minor, annoying injury? All of it, I believe. And it’s not perfect. I still get a twinge if I move too quickly in the wrong direction.

But the most important lesson was the last: Allow my whole body to move together, smoothly. Don’t expect instant response from little-used muscles. I need to listen when my body speaks.