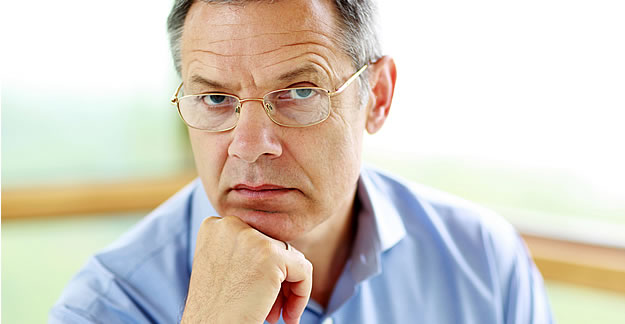 Testosterone gels, such as AndroGel and Axiron, are approved to treat a condition called male hypogonadism, in which the body doesn’t produce enough testosterone. Men with this condition have testosterone levels that are sharply lower than normal for their age. But since the gels’ approval in the early 2000s, they have increasingly been prescribed off-label to treat middle-aged and older men who experience a completely normal gradual decline in testosterone as they age.

The companies that make the gels have skillfully marketed them to both doctors and consumers — suggesting in TV, magazine and online ads that the gels can help boost energy, physical function, endurance, mental acuity, libido and sexual function. To do this, they rebranded a normal decline in testosterone levels as a condition called “Low T.”

Understandably, this rebranding and aggressive advertising has led to a steady rise in testosterone gel prescriptions over the years — around 12 to 13 million in the US alone to date with total sales approaching $4 billion.

Concerned about the off-label use of testosterone gels, and flooded with requests from doctors and consumer groups to address the situation, the FDA convened a meeting in September 2014 of 2 of its expert advisory committees. The committees recommended that FDA take immediate steps to curb promotion and use of the drugs for indications not yet proven, and for which the drugs have not been approved.

Between January and April 2015, the FDA took action, formally changing the requirements for the gel labels and stating clearly in a message to doctors that testosterone is not a proven effective treatment for age-related reduction in testosterone, or any of the symptoms attributed to that.

The FDA also warned physicians that some studies (but not all) had indicated a possible link between testosterone gel and a heightened risk of heart attacks and strokes.

The FDA statement isn’t the first to warn about the problems with testosterone gels. In 2003, an expert committee put together by the Institute of Medicine (IOM) recommended a large-scale clinical trial of testosterone replacement therapy. The NIH agreed that such a study was needed, and launched one in 2008. Men recruited for the study were all over age 65, with an average age of 72. Notably, the study was partially funded by AbbVie, the maker of AndroGel, which supplied the drug to trial participants.

First results of that clinical trial were reported in early 2016 in the New England Journal of Medicine (NEJM). After 1 year of treatment and a year of follow-up, the drug, compared to a placebo, did raise blood testosterone levels (as expected) and, lo and behold, also increased self-reported libido and sexual desire, erectile function, and level of sexual activity. It was also was associated with a slight increase in physical stamina, measured by a walking-distance test, and a lower incidence of self-reported depressive symptoms.

The drug did not appear to improve energy or reduce fatigue.

A close reading of the report shows results that are modest.

Predictably, the findings were widely reported in both print and broadcast media — with an emphasis (also predictably) on the positive results surrounding sexual function. There is little doubt that bottles of champagne were uncorked that night at AbbVie.

A close reading of the report and related commentary leads us, however, to a more measured assessment. First, the researchers report in the NEJM article that the positive effects were modest. It wasn’t as if the men were going from no interest in sex to randy, or from 0 episodes of intercourse to 5 or 6 a month. It was more like going from 0 to 1 or 1 to 2 a month; meaningful, but maybe not as good as the men might have hoped for. Likewise, while desire for sex was greater as measured on a questionnaire, it also improved for the placebo patients and was marginally improved for both the patients getting the placebo and the testosterone.

Second, the results tended to taper off towards the end of the year-long study. Third, as noted in a commentary by Dr. Eric Orwoll of Oregon’s Health and Science University in the same issue of NEJM, compared to Viagra and its cousin drugs Cialis and Levitra, the benefits of testosterone were not impressive. Those drugs have yielded better results than testosterone.

And perhaps most importantly, the new study’s research team, as well as Dr. Orwoll, say the study was too small (a total of 790 men) and short to assess the risks and safety of long-term testosterone treatment. Side effects were minimal and did not differ between the treatment and placebo group, but the researchers emphasize that any application of the results to individual decisions about treatment with testosterone gel “necessitate larger and longer trials.” Likewise, Orwoll writes, the study “does not resolve the controversy” over the possible adverse effects of testosterone therapy in older men.

Bottom line: using testosterone gels to improve sexual performance or reduced energy or physical vitality, based on age-related lower blood levels of testosterone, is still a risky thing to do — with possibly marginal effectiveness and unresolved issues surrounding safety.