The (Many) Problems With Supplements 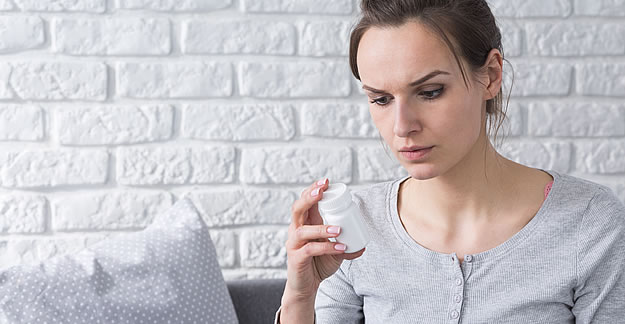 Dietary supplements — vitamins, minerals, herbs, botanicals, and a growing list of other “natural” substances — have migrated from health food stores to supermarkets and into mainstream medicine over the past 25 years.

They are widely touted and often hyped, taken regularly by some 100 million Americans — half the adult population — and now “prescribed” and even sold by some doctors.

See Also:
• Popular Supplements, Claims for Them, and Alternative Approaches
• 15 Supplement Ingredients to Always Avoid• What’s In My Supplement

But there’s a big problem: Supplements are not medicines. Scientific evidence of their claimed health and medical benefits varies widely from product to product, and is, in fact, nonexistent for many supplements.

‘Not only are the advertised ingredients of some supplements potentially dangerous.’ — Pieter Cohen, MD

According to a 2015 Consumer Reports survey, almost half of American adults think that supplement makers test their products for efficacy, and most people believe that manufacturers prove their products are safe before selling them.

Not so. Supplements are categorized for regulatory purposes as food products, not as medicines, and thus manufacturers are not required to prove that any supplement delivers the benefits claimed or attributed to it.

“Not only are the advertised ingredients of some supplements potentially dangerous,” says Pieter Cohen, MD, an assistant professor of medicine at Harvard Medical School who has studied supplements extensively and written many papers on the issue, “but because of the way they’re regulated, you often have no idea what you’re actually ingesting.”

A Look at Some of the Dangers

A 2013 report from the Government Accountability Office (GAO) found that from 2008 through 2011, the FDA received 6,307 reports of health problems from dietary supplements, including 92 deaths, hundreds of life-threatening conditions, and more than 1,000 serious injuries or illnesses. The GAO report suggests that due to underreporting, the actual number of incidents is likely far greater.

A Consumer Reports investigation in 2016 unveiled the most dangerous supplements and supplement ingredients on the market today, and offered consumers advice on some common supplements and their health claims. The magazine also sent 43 secret shoppers to Costco, CVS, GNC, Walgreens, Whole Foods and the Vitamin Shoppe. They went to 60 stores in 17 states, where they asked employees (mostly sales staff, but also some pharmacists) about supplement ingredients the magazine’s consultants had identified as the most problematic and potentially harmful.

Most of the store employees didn’t warn the secret shoppers about the risks or ask about pre-existing medical conditions or other medications they might be taking. Many also gave information that was either misleading or flat-out wrong.

For example, when questioned about green tea extract, two out of three salespeople said it was safe. None warned that the herb has been found to alter the effectiveness of a long list of drugs, including certain antidepressants and anticlotting drugs. And none pointed out that green tea extract may be unsafe for people with high blood pressure.

Another example: Kava supplements. When asked whether there was anything to be concerned about with one Kava-based supplement, Whole Foods clerks in Maryland and Oregon said no.

When do you actually need a supplement?

Talk with your doctor about taking these vitamin or mineral supplements if you are: