Medicare, Doctors and Fraud – Throw the Over-Prescribers Out 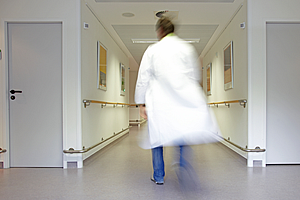 We’ve all heard stories of doctors billing for patients they’ve never seen or writing a ridiculous amount of prescriptions for painkillers, making it easy for addicts to stay hooked on drugs. It’s called “abusive prescribing” and it’s wrong. Congratulations to Medicare — it has announced a proposed change to their rules that will allow them to identify and take action against those doctors in their system who are abusive prescribers.

Abusive prescribing hurts everyone — patients get the wrong medicine or the wrong amounts, addicts get easy access to drugs, good doctors are tainted by their peers’ wrongdoing, and we all pay the cost of excess prescriptions, which is probably in the billions. (Medicare D, the prescription schedule, sees $62 billion worth of prescriptions a year. If 10% are for the wrong drug, or are for too much of a drug, or for a brand name when a generic would do, that’s $6 billion.)

The elderly, who are the majority covered under Medicare, deserve no less than the best care at the most fair cost. The federal agency that runs Medicare is called Centers for Medicare and Medicare and Medicaid Services (CMS) — that extra-seeming Medicare in the middle of the title is not a typo. CMS has announced rules changes that will help them do many things including identify fraud and kick out overprescribing doctors from the Medicare program. About 15% of US citizens are enrolled in Medicare. CMS states that they will identify abusive prescriber doctors weighing the following factors:

Sounds great except… what’s to weigh? If a doctor prescribes to a dead patient, kick him/her out of the Medicare program and kick him/her out of medicine. That is unacceptable. Write a prescription that won’t address the medical problem – take the doc’s pad away, at least temporarily. (Take warning all those who still offer Z-packs for the common cold or flu). Writing more painkiller prescriptions than can be justified – get rid of them, they are part of the society-wide problem of addiction. Disciplinary actions, lawsuits — put these doctors on a short leash until they prove themselves living up to the Hippocratic Oath.

What’s causing the abusive prescribing? Are doctors too busy to be careful? Are they in need of money so they write easy drug prescriptions to get a quantity of patients? Are they just bad doctors who shouldn’t be in practice? I don’t know the reasons why, but the cost of abusive prescriptions is too high for society to bear and too hard on our elderly (those most likely to be in Medicare).

Doctors in the US are the highest paid in the world, and many of them are the absolute best in the world as well. They hold in their hands, however, the one thing that money can’t buy: our health. Entry into medical school is cut-throat competitive with more than 45,000 applicants for approximately 20,000 slots. The Association of American Medical Colleges has been calling for a 30% increase in the number of med students since 2006. Recently they predicted a shortfall of 65,000 doctors by 2015. The reasons we are facing a doctor dearth and who is to blame is a blog topic for another day. But those with the ability to increase med school slots and residency opportunities must do so.

Whatever the reason, the CMS proposed rule changes will give CMS the power to hold doctors to a reasonable standard. All I ask is for CMS to follow through on their threat — encourage doctors to be who they swore to be or get out.