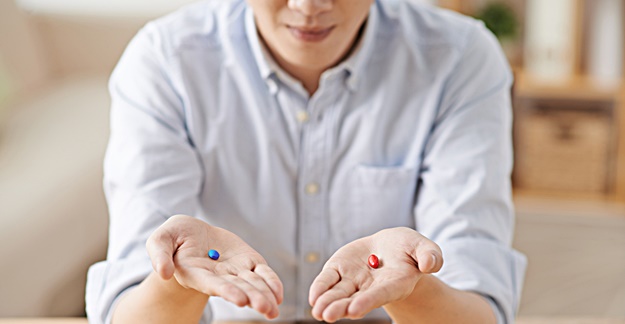 Giving people a choice among medications they can take to treat a certain condition may not only result in a patient receiving greater benefit from the drug, but fewer side effects as well.

Researchers at the University of Auckland in New Zealand enrolled 60 students, ranging in age from 18 to 30 years old, from the campus, who were told they were participating in a study to see whether given a choice would impact the effectiveness of beta-blocker drugs to reduce stress during exam time. Beta blockers are typically prescribed to treat high blood pressure and given after a heart attack to prevent a second one.

Although students were told the drugs were beta blockers, in reality, they were placebos.

About half of the students were asked to pick one of the two “medications” available, while others were assigned a pill to take. All were given information about how beta blockers work and possible side effects. About 10 minutes after being given the pill, the subjects were given a series of cognitive tests designed to simulate exam stress.

The researchers believe their study indicates then when individuals are given a choice, they are better able to concentrate on information that supports their decisions or on bodily feelings that indicate a drug is helping. However, not having a choice may make people more skeptical about a drug and more likely to pay attention to side effects.