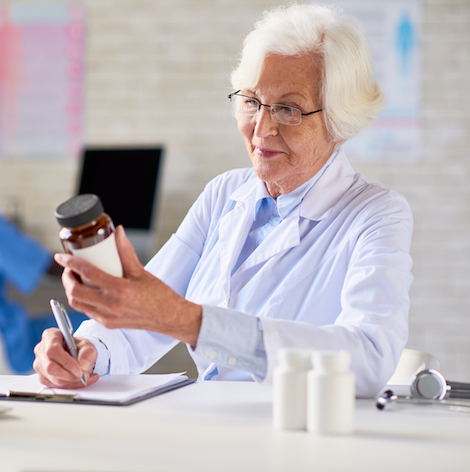 Monica Gandhi, who treats patients with HIV, has noticed that some of her female patients skipped or adjusted their doses due to side effects, she told MedShadow in 2020. One reason, explained Gandhi, an MD, MPH, professor of clinical medicine at University of California, San Francisco, is that the doses of many HIV drugs were designed for and tested primarily in men.

It’s not just something that’s happening with HIV drugs. Women report nearly double the number of adverse effects as men across most types of medications. Women absorb and metabolize many drugs differently than men do, meaning that determining the optimal dose takes more than adjusting based on a person’s weight. Women may be “routinely overmedicated,” researchers concluded from a study published in 2020, showing that despite an increase in women participants in clinical trials, scientists still rarely analyzed gender differences in medication response.

Factors That Influence the Magnitude of a Drug’s Effects

A lot of factors can determine how strong a drug’s intended—or unintended—effects are on each person. When you swallow a pill, it travels down the esophagus and into your stomach. For some drugs to work, they need to be absorbed in a receptive environment, explains Eileen Hoffman MD, a MedShadow Medical Advisory Board member. “Some drugs require a more acidic environment for absorption, like certain antibiotics -[do].”

That situation generally works better for men, who tend to produce more stomach acid than women.

Additionally, having more food in your stomach can slow down the absorption process. Ever had someone tell you not to drink alcohol on an empty stomach? It’s good advice. When you drink without having eaten first, alcohol is absorbed faster. That’s why you might feel more intoxicated after having a couple of glasses of wine if you skipped dinner rather than eating, for example, a big bowl of pasta first. The same is true of some drugs our doctors prescribe for us, though that fact stands for both men and women.

To be safe, always ask your doctor or pharmacist if a drug should be taken on a full or empty stomach.

How It’s Stored in Your Body

Once a drug is absorbed, it makes its way around your body to its intended target. It also gets stored in water or fat cells before it’s broken down by enzymes in the kidneys and liver. Those drugs stored in fat are broken down more slowly than their waterlogged counterparts. That means two things: first, any side effects are likely to last longer and, second, subsequent doses can build on any drug still left in your tissue, exposing your body to higher levels of it. Women have a higher proportion of fat tissue than men do, which can lead to differences in drug storage and metabolism.

The Food and Drug Administration (FDA) recommended in 2013 lowering the dose of Ambien (zolpidem), a popular, powerful sleep drug, after many people were found to still be impaired the morning after taking it. Researchers discovered that women were especially susceptible to maintaining higher levels of the drug in their blood the morning after taking it, which has led to some car accidents.

Which Drugs Should Women Watch Out For?

Many other factors influence the way our bodies interact with drugs from our diets, hormonal fluctuations and more. In the 2020 study, researchers found that the dosage of 86 different drugs should be different for men and for women. When men and women received the same doses, women had higher levels of the drug in their blood, and it stayed there longer. This led to women reporting worse side effects in everything from nausea to hallucinations and heart rhythm problems. Those drugs included a variety of classes, from antidepressants to pain medications to cardiovascular drugs.

Hoffman offered some examples. For pain, women respond to lower doses of opioids than men. For heart arrythmias, women do well with lower doses of Digoxin than men. When it comes to treating depression, she says, women are much more sensitive to the most common antidepressant drugs, selective serotonin reuptake inhibitors (SSRIs) like Zoloft, but men tend to have stronger responses to tricyclic antidepressants, such as Nopramin.

What to Ask Your Doctor