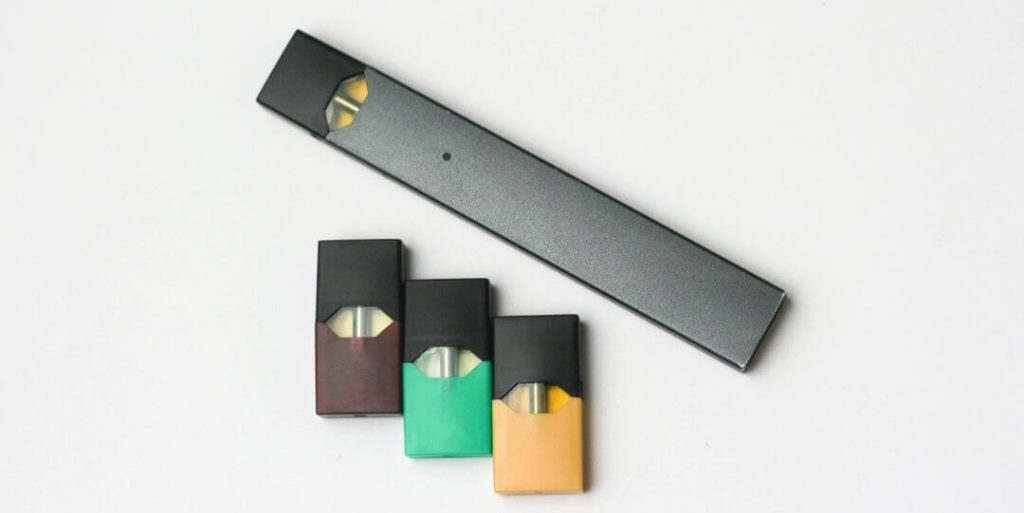 In recent years, the smoking of e-cigarettes, also known as vaping, has greatly increased in popularity, surpassing traditional cigarette use among young people. There have been reports suggesting that vaping can help traditional smokers kick the habit. However, there have also been numerous reports showing e-cigarettes and vaping products contain harmful chemicals that could cause long-term side effects. Despite evidence suggesting e-cigarettes and vaping products are far less detrimental than smoking, many people believe them to be just as harmful, if not worse.

New FDA restrictions on e-cigarettes went into effect in August 2016 that included banning the sale of the products to people under the age of 18 and asking for ID for anyone who appears to be under the age of 27. These regulations follow statistics in recent years that show the percentage of teens using e-cigarettes has rapidly increased. Even though the number of teens smoking tobacco cigarettes has declined, the new regulations seek to bring e-cigarettes, as well as the new trend of vaping, under the same rules that govern the sale of traditional cigarettes.

To date, there have been no long-term studies done on the potential health risks of e-cigarettes since the devices are fairly new. This is problematic because users may unknowingly be putting themselves in danger of long-term side effects and health issues from the chemicals in the vapor, and their potential effects on the lungs and other organs.

E-cigarette users, children and teens in particular, may be setting themselves up to face a lifetime addiction to smoking since nicotine is proven to be addictive. “Nicotine remains a powerful vasoconstrictor,” Alan Blum, M.D., Director of the University of Alabama Center for the Study of Tobacco and Society, told MedShadow in in reference to its ability to raise blood pressure and restrict blood flow. Additionally, much research suggests that smokeless tobacco products — which some perceive as less harmful than traditional cigarettes — can also lead to cancer.

Although there aren’t long-term studies on e-cigarettes, there are a few studies that suggest that e-cigarettes do not pose risks as high as those associated with tobacco smoking.

Igor Burstyn Ph.D., a professor at Drexel University School of Public Health, reviewed the safety of chemicals in the vapor and liquid of e-cigarettes in an independent study funded by the Consumer Advocates for Smoke-free Alternatives Research Fund. His study found that e-cigarette users are exposed to an insignificant level of contaminants, far below any that would pose a health risk after assessing dozens of studies conducted worldwide, involving more than 9,000 observations.

First and foremost, there is no such thing as a safer cigarette. While e-cigarettes may contain fewer toxins, that doesn’t dismiss the fact that it still contains nicotine and potentially harmful chemicals. For instance, a 2016 University of California study found that e-cigarettes can lead to cell death, and can damage DNA in other cells, potentially leading to cancer.

Secondly, there is not a comprehensive study showing the smoking-cessation benefits of e-cigarettes. Although there may be some anecdotal evidence that offers some support to e-cigarettes helping people to quit smoking, the FDA has never approved any e-cigarette product to help quit smoking.

E-cigarettes consist of a battery powered vaporizer that turns nicotine-infused liquids into steam or vapor (hence vaping). Users inhale the vapor through a mouthpiece that usually mimics the size and shape of traditional cigarettes.

Manufacturers of the liquids flavor them, often with sweet flavors such as cotton candy, fruit cereal and yummy gummy, obviously intended to appeal to young vapers.

It’s worth noting that the batteries used for e-cigarettes are lithium ion batteries, which can explode. This led the website Lifehacker to publish Why E-Cigarettes Explode, and How You Can Vape Safely.

Everything You Need to Know About Ace Inhibitors