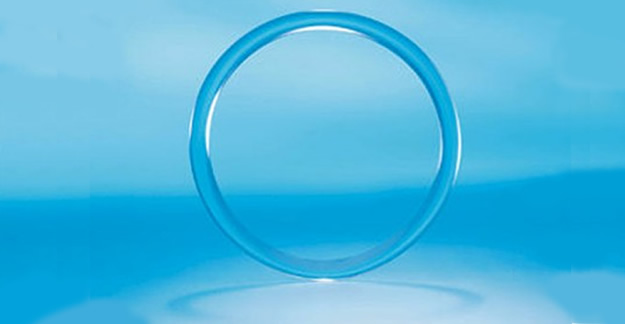 By Naomi Mannino
When the birth-control method NuvaRing hit the market in 2001, it offered an alternative to women who didn’t want to take a pill every day while still offering the same level of effectiveness — 99%. Almost 5 million NuvaRing prescriptions were written from April 2014 through March 2015, according to the research firm IMS, making it one of the most popular contraceptive options in the US. Unfortunately, it has another more troubling distinction: NuvaRing has a dramatic rate of serious adverse events based on 46,885 reports filed with the FDA between 2004 and 2012. During that time, 1,950 deaths have been reported to the FDA (that’s an average of 241 deaths per year).

The reason women like using NuvaRing is clear: You insert a small ring in your vagina and there it stays for 3 weeks. There’s no daily pill to remember — you remove the ring for a week while you have your period, then put a new one in place.

As with birth control pills, NuvaRing contains synthetic forms of estrogen and progesterone that work to halt ovulation, as well as thicken cervical mucus to block sperm. NuvaRing’s hormone “cocktail” is made up of ethinyl estradiol (a synthetic estrogen) and etonogestrel (a progestin, or progesterone-mimicking compound). The major distinction of NuvaRing, however, is that hormones are released directly into the bloodstream. Oral birth control pills are absorbed through the digestive tract.

Dru West’s 29-year-old daughter, Julia, had been using NuvaRing for two years when she died from a massive pulmonary embolism. “I was totally unaware about what a NuvaRing was before my daughter died,” says West. “I generally trusted the gynecologists and Planned Parenthood where my daughter was prescribed NuvaRing,” says West. The grieving mother no longer has that same trust and runs the website NuvaRingtruth.com.

Serious Side Effects of NuvaRing

Most women know that all birth control pills carry some cardiovascular risks and that women who smoke, who are over age 35 or who have a family history of cardiovascular disease are at increased risk of these side effects. And most women who choose hormonal birth control accept this risk for the benefit of being 91% to 99% protected from pregnancy. They’re also usually willing to deal with other typical (though not universally experienced) side effects such as nausea, breast tenderness, headaches or weight gain.

The most common side effects of NuvaRing are irritated vaginal tissues, headache, moodiness, vaginal discharge, nausea, weight gain, breast tenderness, painful menstrual periods and acne and allergic reactions such as hives or a rash in you or on your partner. Serious side effects include Toxic Shock Syndrome (TSS), liver problems, including liver tumors, high blood pressure, gallbladder problems or accidental insertion into bladder.

But it turns out that the number one adverse event reported by NuvaRing users is pulmonary embolism. Specifically, 1,925 cases of pulmonary embolism (a sudden, life-threatening blockage in a lung artery) followed by 1,287 cases of deep vein thrombosis (a blood clot in the deep veins of the body, usually in the legs, which can travel to the lungs).

NuvaRing’s own prescribing information for doctors (pdf) indicates that the progestin in NuvaRing “may be associated with a higher risk of venous thromboembolism than oral contraceptives containing other progestins.”

A large 2012 study follow-up published in the British Medical Journal (BMJ) found that NuvaRing users were twice as likely to experience blood clots compared with users of comparable birth control pills. For NuvaRing users, the study found an incidence of 7.8 confirmed thrombotic events per 10,000 years of NuvaRing use (that implies a risk of venous thrombosis of less than 1% over a 10-year user period.) compared to 6.2 for users of older oral hormonal birth control methods.

There are 2 ways NuvaRing likely increases the risk of blood clots:

It may well be that continually tinkering with the formulas for birth control methods is problematic. “Manufacturers are constantly trying to make birth control methods that are easier to use and deliver the lowest dose of hormones with a minimum of side effects yet retain the component’s original properties in preventing pregnancy,” explains Dr. Berga. Pharmaceutical researchers seek new formulas to mitigate side effects such as break-through bleeding, breast tenderness, nausea, breast cancer and moodiness, or they try to come up with a new hormonal delivery method to make the birth control easier to use (a weekly patch, a 3-month shot, and the monthly vaginal ring instead of the daily pill). Along the way, the formula gets tweaked into a new “generation” of the hormonal components. “Sometimes the new generation exchanges a side effect for an increased benefit of usage or compliance,” says Dr. Berga.

Finding Out About Risks

The vast number of hormonal birth control choices — not to mention name brands, generics, and the use of birth control for reasons other than pregnancy prevention (such as regulating periods or alleviating menstrual pain) — highlights the clear need for reliable information that would help women make the right choice. But, new research has found there’s a disconnect between the information women get from their doctors, and what they actually want to know. A recent study by researchers at The Dartmouth Institute for Health Policy and Clinical Practice in Hanover, NH, which appeared recently in the journal Contraception, asked 417 women and 188 contraceptive care providers to rank 34 questions about contraceptive options in order of importance. The question, “Is it safe?” was most frequently ranked in women’s top three (41.7%), while the question, “How is it used?” was most frequently ranked in providers’ top three (52.3%). The questions “How is it used?” and “How does it work to prevent pregnancy?” appeared in both the providers’ and the patients’ top three questions, but not in the same order of importance.

“Women do not always receive adequate support in deciding which contraceptive method is most suitable for them,” says study author Kyla Donnelly. She is leading a team to create an Option Grid, a single-page tool for contraceptive choices to prompt women to ask their birth control providers questions that are relevant to their unique needs.

Megan Henry, an elite athlete currently training in Alberta, Canada, thought she’d asked enough questions. When she was 25, Henry asked her gynecologist for a birth control pill that would be good for someone who travels a lot and has trouble taking the pill at the same time every day, and was offered NuvaRing. “She told me there was an increased risk of blood clots for smokers, so I thought that didn’t have anything to do with me since I don’t smoke,” says Henry. Just 10 days later, the shortness of breath during her workouts was unusual. She suffered in silence for 2 weeks with worsening trouble breathing that she rationalized was due to the high altitude location, a chest infection and finally forest fire smoke causing it.

Henry went to an urgent care doctor, who tried to give her a nebulizer and antibiotics. She told each of 4 doctors she subsequently saw that she’d recently begun using NuvaRing, and all 4 said this couldn’t cause her problems. When she finally got to a pulmonologist at home, he said the birth control could cause dangerous blood clots, ordered a CAT scan and found multiple blood clots in her lungs and one near her pulmonary artery, a very dangerous situation. She says had she known the symptoms of a blood clot she would have gotten help as soon as she felt a shortness of breath, uncharacteristic of a highly trained athlete.

Another glaring problem, says Christina Cherol, Program Coordinator for the National Women’s Health and Safety Network, is that drug inserts are not always consumer friendly.

In February 2014, Merck & Co., the current maker of NuvaRing, reportedly agreed to settle more than 1,700 NuvaRing lawsuits for a combined $100 million. The original complainants accused Merck, as well as Organon (the company which originally developed NuvaRing) and Schering-Plough (which bought the company before merging with Merck) with failing to disclose known dangerous side effects. They claimed that the active ingredient in the drug, etonogestrel, was inadequately tested before NuvaRing’s release. The growing number of lawsuits led to the consolidation of these cases into a multidistrict litigation (MDL).

What to watch for:

NuvaRing and other forms of hormonal birth control are effective but also pose some serious side effects risks for some women. Be a smart consumer and ask your doctor or healthcare provider these questions:

You should make sure your doctor has this important medical information on you before you accept a prescription for a hormonal form of contraceptives: