No Bones About It: Treating Osteoporosis and Bone Loss Without Medication 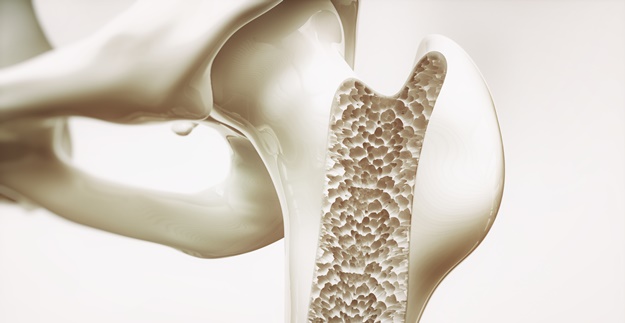 Lara Pizzorno minces no words when explaining why she didn’t want to take a class of drugs called bisphosphonates when she got a surprising diagnosis of osteopenia – weak bones, but not osteoporosis – at age 43. “You only need them if you want to accumulate crummy brittle bones,” said the editor of Longevity Medicine Review and author of the book Your Bones: How You Can Prevent Osteoporosis and Have Strong Bones for Life Naturally.

R. Keith McCormick puts it this way in his book, The Whole Body Approach to Osteoporosis: “Using bisphosphonates is like your hiking guide sprinkling fire retardant on a campfire and then leaving the embers smoldering beneath the retardant.”

The drugs – Fosamax, Boniva, Skelid, Reclast, Zometa, Bonefos, Actonel and Aredia, and their generic equivalents ­–­ improve bone density by slowing the resorption, or shedding, of old bone, but then existing bone ages and gets brittle. They also suppress the process of new bone formation, known as remodeling. McCormick took one such drug briefly when at age 45 he developed severe osteoporosis, but his road to wellness was paved with natural interventions.

The Downsides of Bisphosphonates

Interest in research-based natural treatments has been growing since 2002, when bisphosphonate labels began carrying a warning about severe jaw bone decay (osteonecrosis of the jaw). In October 2010, the FDA warned about an increased risk of unusual thigh bone fractures and told manufacturers to include the warning on labels and medication guides. A long list of medication side effects has contributed to the appeal of natural treatments. This class of drugs has been widely used since 1995 – the year Fosamax was approved – to slow the loss of bone mass.

Approximately 10 million Americans have osteoporosis, and another 44 million have low bone density, placing them at increased risk for osteoporosis. One in two women and up to one in four men will break a bone in their lifetime due to osteoporosis. Women are at risk after menopause due to the decrease in estrogen, which protects bones.

“Epidemic rates of osteoporosis in the western world have yielded intense efforts to develop management approaches to combat this potentially devastating disorder; recent research has unveiled innovative strategies which hold considerable promise for prevention of skeletal compromise and amelioration of suboptimal bone health,” Stephen K. Genuis, MD, a clinician and researcher at the University of Alberta, in Canada, wrote in an article about “nutrient strategies to enhance skeletal integrity.”

Exercise and Nutritional Supplements as Therapy

Genuis studied a combination of exercise and vitamin D3, vitamin K2, strontium, magnesium and docosahexaenoic acid (MSDK) for people with osteopenia (moderate to low bone density) and osteoporosis. After 12 months, bone density improved in both groups. (Strontium is a mineral that you can get in your diet or in a supplement.)

In a later study, researchers added melatonin to micronutrients based on an approach that co-author Mark Swanson, a naturopathic physician in Washington state, called chronosynergy: using “bone restorative agents” with melatonin to reverse bone loss in patients with osteopenia.

“When prescribed as part of a physician-monitored, personalized medicine protocol that includes DXA testing, even older and more advanced osteoporosis patients can be expected to achieve significant improvements in bone density and T-scores,” Swanson said in an email. (DXA is short for dual-energy X-ray absorptiometry, commonly called a bone density scan. A T-score shows how much higher or lower your bone density is than the bone density of a healthy 30-year-old adult.)

“MSDK not only rapidly increases bone density and reverses bone loss, it also stimulates new bone formation… which bisphosphonates do not do,” he said. MSDK is the combination used in the study: melatonin, strontium (citrate), vitamin D3 and vitamin K2.

“Doctors use [bisphosphonates] incorrectly and put people on them for too long, and that’s how you get the risk of atypical fractures,” says chiropractor R. Keith McCormick. “You should just use nutrition, lifestyle, exercise.”

Other promising research involves herbs used in traditional Chinese medicine, known as kidney tonics, for their effects on bone metabolism, described in a study published in the Journal of Traditional and Complementary Medicine.

“The take-home message from the latest studies: Our medical paradigm is changing from one that pretends a ‘silver bullet’ (usually a patent medicine, but sometimes one or maybe two nutrients, like calcium plus vitamin D) can fix our disintegrating bones to a much more intelligent comprehensive paradigm that prescribes a healthy dose of all the nutrients our bones require,” Pizzorno writes.

Her own diagnosis caught her unaware, because, she said, she had a healthy diet, exercised regularly and lifted weights.

“I thought I was doing everything right, and I was shocked,” she said from her home in Seattle. Through testing, she discovered that she had an inherited tendency that restricted her vitamin D receptors, so she took more vitamin D. “I wasn’t consuming enough calcium or magnesium or boron or trace minerals or vitamin K2.”

She added these nutrients and began “slowly rebuilding bone,” she said. “Now I’m so healthy it is ridiculous,” said Pizzorno, who is 70. Wondering what boron is? She described the benefits of this trace mineral, found in fruits and vegetables, in an article.

Nutritional interventions were also key to the recovery of McCormick, a chiropractor in Belchertown, Mass., and a team physician for the University of Massachusetts Sports Medicine Department. He suffered 12 fractures over a period of five years, starting in 1999. An Olympian and triathlete, he was surprised, since he had been active in competitive sports. He did a course of an injectable drug called Forteo (teriparatide), a synthetic version of the human parathyroid hormone, used in high-risk patients to promote the growth of new bone. He followed up with six months on a bisphosphonate and then turned his efforts toward seeking the root causes of his osteoporosis, leading to insights on nutritional treatment and other natural interventions, and to becoming a triathlete again.

In his blog, he cites research on the benefits of probiotics in preventing post-antibiotic bone loss and the emerging knowledge of the role of alpha-lipoic acid in prevention and treatment of bone loss.

McCormick argues that bisphosphonates have a role ­­– that of reducing fracture risk in severe cases – but they’re not a long-term solution. “Doctors use them incorrectly and put people on them for too long, and that’s how you get the risk of atypical fractures,” he said. In cases that are not severe, “you should just use nutrition, lifestyle, exercise.”

Long-Term Bisphosphonate Use and Fractures

The FDA said that reported fractures may be related to use of bisphosphonates for longer than five years.

Ellen Kamhi, PhD, RN, an author and expert in the field of natural healing, believes that “natural intervention should be the first line of treatment.” She said this includes weight-bearing exercise, including something as simple as lifting yourself onto your toes and dropping back down on your heels.

“Like muscle, bone is living tissue that responds to exercise by becoming stronger,” according to the National Institutes of Health. “Weight-bearing exercises force you to work against gravity. They include walking, hiking, jogging, climbing stairs, playing tennis, yoga and dancing. Resistance exercises – such as lifting weights – can also strengthen bones.”

Kamhi lays it all out in an article she wrote for Natural Medical Journal.

“You need vitamin K1 and K2,” she said. “You need green, leafy vegetables. What’s so wonderful about natural therapeutics for your bone health is that the side effect is you also help the brain, the immune system, blood sugar level, your heart and your health.” Vitamin K sources and possible interactions are listed here.

As always, ask your health care practitioner before trying something new.

I am an acupuncturist and was researching whether wild yam would be appropriate for a friend who has osteoporosis and came across this article. Very interesting. Thank you. Will share with her.

Is a T score of -2.8 classed as severe osteoporsis

i want to know about wild yam

I would like to get off of Prolia safely

Do you know any doctors or functional nutritionists in Massachusetts who have successfully navigated new bone growth with their patients? I took Algae Cal for 2 years with strontium and my hip dexa improved, but my spine got worse…into osteoporosis.

Are there in doctors in eastern Massachusetts who are treating osteoporosis without medication? My doctor can only recommend the drugs I am very concerned about taking. I would also like to know specific recommendations for supplements and exercises for the spine.

I was diagnosed with osteoporosis in September and have started taking Fosamax (once every 7 days; 70 mgs.) Are there doctors in the Chicago area who treat osteoporosis without medication? thank you.

If taking Fosamax, how long before side effects start? How long does drug stay in your body? When is it safe to stop medication: 3 months taking the medication–what are the repercussions of stopping, if any. If you stopped taking or never started, did you work with a naturopath for guidance on supplements, diet and exercise?

its a frightening disease but the worst thing to do is take the bone drugs they all stink! do get up and exercise walk walk walk and to power up walk to help build bone as you walk try the NYK weight vest safe adjustable fast results as it works all the bones at once -no time consuming gyn doing reps No wear it walking jogging dancing anyplace anytime out in the fresh air http://www.nykweightvest.com

Looking for osteoporosis healthcare support in Seattle area ,( believe thyroid medication is contributing factor). Endocrinologist wanted to put me on daily stomach injections. Thank you for any advice.

Hello, thank you for the article. my back hurts really bad and this was helpful

Just been prescribed Fosamax for bone loss (osteoporosis) and do not want to use because of jaw and esophagus scarring from gerd/idiopathic pancreatitis/digestive issues. I’ve been looking for an alternative. Your information is much appreciated.