Propecia: Hair Growth for Most, Impotence – & Worse – for Some 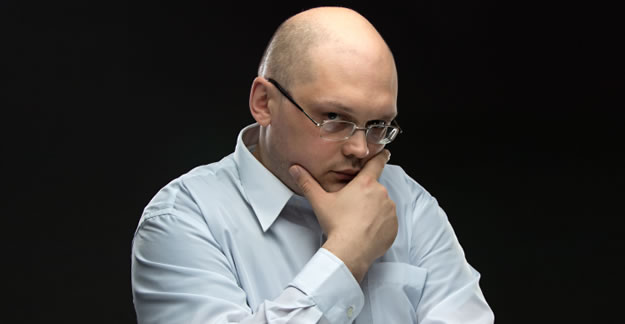 Propecia was heralded as a major breakthrough for the 50 million men suffering from male pattern baldness when it hit the market in 1997. But with its popularity has come mounting concerns about its serious side effects, and not only while patients take it, but for months or even years after they stop. As studies link Propecia use to impotence, depression and even suicide, users are suing the drug maker. Do they have a case?

Hair Growth in a Pill

Unlike its topical predecessor minoxidil (Rogaine), which required two messy applications daily and could take hours to dry, Propecia could be discretely swallowed with the promise of both slowing hair loss and thickening new growth. “It was the first and is still the only FDA-approved pill to treat pattern hair loss,” says dermatologist Shani Francis, MD, director of the Hair Disorders Center for Excellence at University of Chicago. “Men could just pop a pill once a day and it worked. It was a huge deal.”

18 years later, the pink octagonal pill remains a popular tool in dermatologists’ arsenal, with balding men (and some women) spending more than a quarter-billion dollars annually on Propecia and millions more on generic varieties of the active ingredient finasteride.

In a study just published in JAMA Dermatology, Northwestern University researchers concluded that all 34 published clinical trials evaluating finasteride’s safety were inadequate and provided insufficient information about the drug’s sexual side effects. As of September 2014, 1,245 men had filed lawsuits against Merck, according to its filings with the U.S. Securities and Exchange Commission. In online support forums such as Propeciahelp.com, men complain of impotence, bent or shrunken penises, reduced or discolored semen and enlarged breasts. Others report profound depression, panic attacks and cognitive problems. At least 5 suicides have been attributed by family members to what researchers are now calling Post-finasteride Syndrome, and a foundation (Pfsfoundation.org) has been established to fund research into the drug’s long-term effects.

“There is a subgroup of men who will experience persistent, possibly permanent sexual dysfunction and other side effects after taking this drug,” says Michael Irwig, MD, associate professor of medicine and endocrinologist at George Washington University in Washington, DC. “There is no cure for this.”

Illness, malnutrition, stress and hormone changes can all cause excessive hair loss. But for roughly 30 million American women and half of all men who have reached the  age of 50, a hereditary condition called androgenetic alopecia — or pattern hair loss —  is to blame. In those with the condition, the hair follicles narrows and the hair growth phase shortens to the point where hair doesn’t have time to get thick or long before falling out. “It’s there, but it is just baby fine hair,” explains Amy McMichael, MD, chair of the Department of Dermatology at Wake Forest Baptist Medical Center in Winston Salem, NC.

Precisely why this happens remains a bit of a mystery. But one key culprit is a male hormone called dihydrotestosterone (DHT), synthesized in the prostate gland, testes and hair follicles. DHT is critical for the fetal development of male genitals. But in adulthood, in excess, it can promote prostate enlargement and impair hair growth. The body needs an enzyme called 5-alpha reductase to convert testosterone to DHT.  In the 1970s, researchers discovered a group of boys from the Dominican Republic who lacked 5-alpha reductase.

“They never got prostate enlargement and they never lost their hair,” explains Dr. McMichael. Soon, drug developers were hard at work on a compound that would inhibit 5-alpha reductase, and finasteride was born.

In 1992, the FDA approved Merck’s Proscar, a 5-mg dose of finasteride, for treating benign prostate hyperplasia (BPH), a common urological condition caused by enlargement of the prostate gland. Five years later, Propecia, a 1 mg dose for treating male pattern baldness hit pharmacy shelves. Because, according to Merck literature, “abnormal genital development is an expected consequence” when 5-alpha reductase is inhibited in a fetus, the Propecia label still warns that women who are or could become pregnant should not even touch the pills. But some dermatologists, including Dr. Francis, occasionally prescribe the drug “off-label” to post-menopausal women. The ideal candidate, however, is a man 18-to-41-years old just beginning to lose his hair. “The younger they start the better. It is much better at maintaining hair than adding new hair,” says Dr. Francis, who often prescribes Propecia alongside Rogaine and laser treatments for enhanced results.

By itself, studies show that Propecia reduces DHT production by 65 percent within just 24 hours. But it can take 6 to 12 months before hair starts to noticeably thicken, usually by 10 to 25 percent, says Dr. Francis. Once the pills are stopped, “they will lose all the hair they gained,” she says. “That can be frustrating.”

Sexual Side Effects, Depression and More

Even more frustrating for some men are the lingering side effects.

“For me, it started with headaches, then insomnia, then a few months later the shrinkage started,” says Christian, a 50-year-old engineer in California who took Propecia from 2009 to 2011 and saw his symptoms worsen after he took his last pill. He, like others who have taken finasteride, now suffers from Peyronie’s disease, which causes bent and painful erections.

“I am married to a beautiful wife but there can be no sexual connection there anymore,” he says. “Had I known, I never would have used it.”

Since its approval, the Propecia label has warned that about 1 percent of patients may experience sexual side effects while taking the drug. But in 2008, regulatory agencies in Sweden and the United Kingdom began to warn consumers of “persistent difficulty having an erection after discontinuation of treatment.”

‘These men took the medicine assuming that if they developed side effects, they would go away if they stopped taking it. They were shocked when that didn’t happen.’

In 2011, Dr. Irwig published a report in the Journal of Sexual Medicine involving interviews with 71 otherwise healthy men ages 21 to 46 who had taken finasteride for anywhere from three months to more than years. 94% had low libido, 92% had erectile dysfunction, 92% had decreased arousal. Side effects had lasted anywhere from 3 months to 40 months, with some never subsiding.

“These men took the medicine assuming that if they developed side effects, they would go away if they stopped taking it. They were shocked when that didn’t happen,” Dr. Irwig says. Since then, nearly 20 animal and human studies have linked finasteride to sexual and mood disorders. Only a small subset  — perhaps less than 1 percent — probably experiences lasting effects, says Dr. Irwig. But for them, the impact can be “life-altering.”

A Merck spokesperson declined to comment for this story. Both Dr. Francis and Dr. McMichael say they rarely see side effects in patients taking Propecia, have never seen them persist after discontinuing the drug, and still consider it “safe.”

Skeptics also point out that Irwig found the 71 men via an online support group (not a random sampling of Propecia users) and they were not evaluated for sexual dysfunction prior to taking finasteride. “The studies that have been published thus far are not wonderful science,” says Dr. McMichael.

Nonetheless, the FDA has called on Merck to be more forthcoming about potential problems. After comparing 421 reports of Propecia-related sexual dysfunction to its own Adverse Events Reporting System (AERS) — 59 of which lasted for more than three months after discontinuing the drug — the agency in 2011 asked Merck to warn of the possibility of “persistent” erectile dysfunction. Merck has also updated its label to add depression to its list of side effects.

Does the Impotence — or the Medicine — Lead to Depression?

One study found a possible correlation between these 2 side effects, erectile dysfunction and depression. Dr. Irwig looked at 61 former finasteride users with persistent sexual side effects and found that 64% also suffered moderate to severe depression and 39% suffered suicidal thoughts. “One may lead to the other,” he acknowledges. But something else might also be at play to make finasteride users depressed. Animal studies have shown that in addition to permanently causing the penis to have less connective tissue, finasteride may also block production of mood-moderating neuroactive steroids in the brain.

Dr. McMichael does not recommend Propecia for people who have struggled with mood disorders. “Those of us who are well-informed are continuing to use it and telling our patients what they need to know about the risks,” she says.

Meanwhile, the highly publicized lawsuits and the $3 per pill price tag for Propecia appear to be cutting into sales. The 2013 availability of a generic form of the drug also had a negative impact on sales  figures. According to SEC filings, Propecia sales fell from $447 million in 2011 to $283 million in 2013 while sales of Proscar fell from $223 million to $183 million.

Dr. Francis says most of her patients now opt for a combination of lasers and minoxidil or take saw palmetto supplements, which work similarly in the body. “People would rather opt for what they see as a less-risky approach,” says Dr. Francis.

Christian, who has filed suit against Merck and hopes to see his day in court in 2016, thinks that avoiding Propecia is a wise choice. “Believe me,” he says. “It’s not worth the risk.”

Lisa Marshall is a freelance health and medical science writer based in Lyons, Colorado. When she’s not writing, she’s running marathons or spending time with her 4 children.