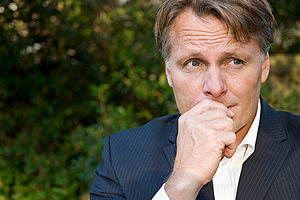 Only 9 months after its July 2014 rejection of a petition for a black-box label on testosterone replacement therapy (TRT), the FDA has reversed itself. It has issued a warning about overuse of TRT and its potential to cause serious cardiovascular side effects.

Why the reversal? And will it reverse that reversal?

The FDA took a second look at studies related to the skyrocketing use of TRT due to aging — which is off-label — and concluded there is a possible increased cardiovascular risk.

In its warning, the agency acknowledged that testosterone was being used “extensively” in attempts to relieve symptoms in men who have low testosterone (also known as “low T”) for no apparent reason other than aging, for which “benefits and safety for this use have not been established.”

First approved in the 1950s, testosterone products are FDA-approved only for use in men who lack or have low testosterone levels because of a medical condition associated with genetic problems or chemotherapy; and problems with the hypothalamus and pituitary brain structures that control the production of testosterone by the testicles.

However, current labeling on the TRT drugs is vague enough that companies have been able to promote them to millions of otherwise healthy men who simply have lower-than-normal levels of testosterone, usually as a natural effect of aging.

Testosterone levels decrease as men age, potentially causing low libido, erectile dysfunction (ED), reduced energy, depression and loss of muscle mass. A surprising new study just presented at the annual meeting of the Endocrine Society showed that decreased sexual activity and desire may be a cause — not an effect — of a low testosterone level.

TV advertising for drugs like AbbVie’s Androgel and Lilly’s Axiron has played a role in increasing demand among aging men. According to BloombergBusiness, “FDA data show that 2.3 million people were given prescriptions for testosterone in 2013, up from 1.3 million in 2010. Only half of those men were diagnosed with the testosterone-depleting condition hypogonadism; a quarter of them never had their hormone levels tested.”

However, boosting testosterone doesn’t always amp up erections, according to Medshadow’s extensive coverage in A Decision-Making Guide to ED Drugs. Still, for the small number of men who have ED because of low testosterone, testosterone patches, gels and, increasingly, longer-acting testosterone pellets have been shown to help.

No wonder the off-label use of TRT is growing as the population ages. An estimated 13 million men in the United States suffer from low testosterone, according to the American College of Cardiology and nearly 1 in 25 men over the age of 60 receives testosterone therapy.

Promotions by TRT pharma companies are adding to the rampant off-label use. What’s wrong with this picture? The efficacy of TRT to treat low testosterone due to aging has not been tested conclusively, and the most concerning side effects are risks of cardiovascular events, the number one killer of men.

Given the risk of heart disease and the runaway off-label use of TRT, one wonders why the FDA didn’t act sooner. Especially as FDA experts have been evaluating side effects of TRT for more than a year.

In addition to the cardiovascular risk, side effects of TRT include increased red blood cell count, enlarged breasts in men (gynecomastia), prostate enlargement, and serious health risks for children and women who are inadvertently exposed to topical forms of testosterone. The FDA has issued guidelines on how to minimize this secondary exposure.

The FDA first issued a drug safety communication in January 2014 on the potential risk for stroke, heart attack, and death in men taking FDA-approved testosterone products. In June, the FDA also required a warning about the increased risk for blood clots, including deep vein thrombosis and pulmonary embolism, for the labels of all prescription testosterone products.

But in July 2014, the FDA denied a citizen petition by the watchdog consumer advocacy group, Public Citizen, to add a black box warning about cardiovascular risks to labels of TRT products.

A year ago, Medshadow reported details of the TRT studies the FDA evaluated, along with information about symptoms of low-T, treatment options and their risks and benefits in the article Low T: Separating Facts From Frenzy.

The FDA cited a number of deficiencies in the studies in its July 2015 response to Public Citizen, which petitioned the FDA originally. The agency pointed to inadequate sample sizes, a varied range of study discontinuation rates and evidence the studies were not sufficiently blinded to the drug making them unreliable. But subsequent advisory panel recommendations prompted the FDA to look at the confusing story behind the testosterone/cardiovascular risk again, as well as the off-label promotion.

One committee member, Marc Garnick, MD, Editor in Chief of Harvard Health Publications “Annual Guide on Prostate Diseases,” noted that men facing andropause (i.e. male menopause) may be an appropriate population to consider for TRT, with this caveat: “I believe the Madison Avenue catch-all of ‘Low T’ has some validity, but it has been totally misused and misrepresented.” (Dr. Garnick is also the Gormon Brothers Professor of Medicine, Harvard Medical School,  Division of Hematology/Oncology; and clinical professor of medicine at Beth Israel Deaconess Medical Center.)

A New Twist in the Heart Risk Data

But only a few weeks after the warning, 2 new studies were presented at this year’s American College of Cardiology’s 64th Annual Scientific Session. The studies, a meta-analysis of data from 29 studies involving more than 120,000 men and an observational study from a Wisconsin health system, failed to find a connection between testosterone therapy in men and heart problems, contradicting the research that prompted the FDA to investigate its safety, according to The American College of Cardiology.

Arshad Jahangir, M.D., the study’s senior author and director at the Center for Integrative Research on Cardiovascular Aging, Aurora Health Care, said there were important limitations and inconsistencies with recent studies that linked testosterone replacement therapy to cardiovascular risks, leaving the medical community and many men without clear answers.

The meta-analysis lead investigator, Dr. Pawan Patel, Internist at Regions Hospital in St. Paul, told Medscape Heartwire that he thinks the FDA warning may be premature, and that a randomized trial is the only way that clinicians and regulatory agencies will get the answers they need about the real risks of testosterone therapy.

So it’s probably back to the drawing board for the FDA. In medical research, absolutes are hard to come by. But there is a possibility of risk, especially for heart disease it seems.

If you are considering TRT, here’s what you can do:

There is a lot of information about signs, symptoms, and treatment risks and benefits for low testosterone therapy and ED on MedShadow’s website. And periodically check the FDA’s website to see if it reverses itself again.

A Decision-Making Guide to ED Drugs