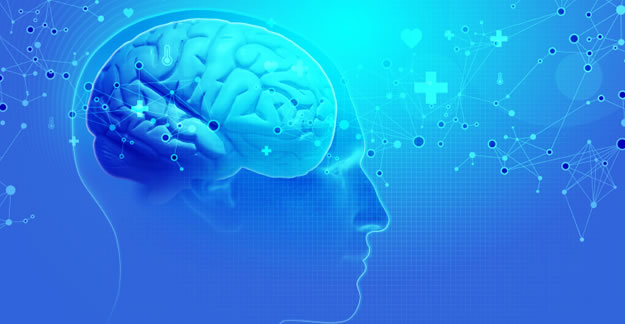 If you’ve seen the movie One Flew Over the Cuckoo’s Nest, you may recall the fearsome side effects of electroconvulsive therapy (ECT), as famously depicted by Jack Nicholson: convulsions so violent a patient needs to be physically restrained; no anesthesia; and mental fogginess that lingers long afterwards, even permanently. These issues and the lingering stigma they cast meant shock therapy fell out of favor.

But ECT has evolved and progressed significantly from when it was first introduced in 1938. Doctors today employ a refined, safer form of this therapy that uses far lower amounts of electricity and more careful monitoring. The result: fewer side effects (though some remain) and greater effectiveness than ever before. Nonetheless, some memory loss can occur and short-term nausea, headaches and muscle soreness are not uncommon.

ECT Then and Now

Electroconvulsive therapy (ECT) was originally called electric shock therapy, and the idea for its usefulness as a treatment emerged after experts observed schizophrenic patients get better (temporarily) after they’d had a spontaneous seizure. For a while doctors tried medications to induce seizures in schizophrenic patients. Before long, ECT was designed to achieve this outcome.

In those early days, a maximum electrical current was used to produce a seizure. By the 1960s, though, ECT — stigmatized and feared — was used less, especially as newer psychiatric medications were developed. But it never went away, and has even increased since the 1970s thanks to improved treatment delivery methods, increased safety and comfort measures, and better management of anesthesia.

It is estimated that about 100,000 patients now undergo ECT annually. It’s best known for its success with depressed patients, but it can also be a useful tool to treat other mental disorders, such as bipolar disorder or schizophrenia. According to the National Institute of Mental Health, ECT may also be used in life-threatening circumstances, such as when a patient is unable to move or respond to the outside world (a condition called catatonia), is suicidal, or is malnourished as a result of severe depression.

In the Consortium for Research in ECT study, those with severe depression who were treated with ECT experienced an 86% remission rate. The same study found that follow-up treatments were effective in reducing chances of relapse.

ECT involves the application of an electrical current sent briefly to the brain, generally for a duration of 4 to 6 seconds. The patient is first given anesthesia so that the he or she is unaware of the procedure as it takes places. A muscle relaxant is also administered so that the seizure does not cause convulsions. The patient is monitored by EEG (electroencephalogram) during the procedure. Electrodes are placed on the temples and, occasionally, elsewhere on the head, though which an electric current flows into the brain, triggering a brief seizure. It’s this seizure activity that is believed to cause certain biochemical changes that may result in symptoms either diminishing or disappearing. Rather than violent convulsions, often the movement of a toe, arm, or leg is the only indication that the seizure is occurring. Not including preparation and recovery time, the process usually takes no longer than 15 minutes.

There is no standard number of ECT treatments required for results. For some it only 3 treatments are needed to produce a positive outcome. For others results may require a good deal more. Standard practice in the US is to administer 3 treatments per week, usually on a Monday-Wednesday-Friday schedule. There may also be “maintenance ECT,” usually a single treatment, given at intervals of 1 to 8 weeks during the first 6 months of remission.

Carol Kivler is no stranger to ECT. “I’ve had 4 rounds of ECT between 1990 and 2000,” she says. Hospitalized 4 times for depression, Kivler first got ECT treatment in the hospital, then later on an outpatient basis. Her previous “cocktail of medications,” as she describes it, were gradually reduced until, now, she’s on just 1 psychiatric medication. As an ECT vet, Kivler feels ECT needs a rebranding. “I call it the ‘defibrillator of the brain,’” she says, “When a heart stops, electric paddles are used to shock it back to beating. ECT does a similar thing to the brain — it reboots it.” That jolt, she’s convinced, is what was able to move her out of the pit of depression. “I don’t believe I would still be in the land of the living if it were not for ECT.”

ECT Still Has Side Effects

Even with remission rates as high as 86%, ECT is most often turned to as a last resort, after a patient has not responded to other therapies or medication regimens. This is due, in part, to the side effects of the procedure.

ECT has what are called “nuisance” side effects and significant effects on memory, says W. Vaughn McCall, MD, MS, Case Distinguished University Chair of the department of psychiatry and health behavior for The Medical College of Georgia, as well as editor in chief of The Journal of ECT. “The nuisance side effects are headaches, nausea and muscle soreness on the afternoon of the treatment, which may extend into the next day.” About 20% of patients, Dr. McCall estimates, have these effects to some degree. There are also risks of heart rhythm problems, especially for patients with pre-existing heart disease.

How much memory might be impacted depends in part on the patient: Older people experience memory deficits more often than younger people. But it also depends on the technique with which ECT is applied, says Dr. McCall. “When ECT is delivered by stimulating both the right and left side of the head, then most people will have some memory loss for events that occurred in the few weeks prior to ECT, and will have some difficulty learning new things for up to a week or 2 after ECT. The trouble learning new things clears quickly, but there can be permanent loss of memories for events that occurred in the weeks immediately prior to ECT,” he explains. “However, when ECT is conducted by only stimulating the right side of the head, and by also carefully controlling the dose of the electrical stimulus, then memory loss is almost non-existent, to the point that patients who have received this form of ECT perform about as well as people who have never had ECT.”

Today certain circumstances are considered when deciding the amount of electricity used, including the age of the patient. The standard pulse of ECT today is 1 to 2 milliseconds. Ultra-brief pulse ECT cuts that down to about a quarter of a millisecond.

While being treated with ECT, patients may remain on medications such as antidepressants, antipsychotics and lithium. But because of their anticonvulsant properties, benzodiazepines should be tapered and discontinued while the patient undergoes ECT.

Though ECT has changed drastically from the draconian days of leather restraints and frightening, bone-rattling convulsions, it does remain a subject of confusion and controversy; for every expert declaring excellent remission rates for psychiatric illnesses treated with ECT, there’s another who shies away from the procedure, feeling the effects are short-term and preferring medication and talk therapy.

Hopefully, continued research into and refinement of ECT will settle the subject. In the meantime, if you or a loved one is suffering from intractable mental illness, ECT is something worth discussing with your doctor.

ECT was a last resort since I had tried to commit suicide twice, weighted 80 pounds from not eating and my body was shutting down. I was put on every kind of medication and none of them were effective. Even though I was a patient I was worried about going the ECT route because I related to the movie One Flew Over The Cuckoo’s Nest. I had 14 treatments as my psychiatrist said I was the most depressed person he had as a patient in 30 years. I did have short term memory loss for a few weeks and Initially didn’t even remember being hospitalized. Once my memory came back it was like a MIRACLE. All my friends were so excited as I was full of personality, wanted to do things and was high on life! Prior to ECT I just slept, avoided conversations, wouldn’t eat and just existed. I don’t know if ECT is the right course of action for everyone, yet for me it saved my life. I have never had to have any further ECT treatments and I am Blessed to say I feel great. Apparently I had a bio chemical imbalance and once that was addressed through ECT I was good to go. Sadly depression has such stigma attached to it but I think with more people open about their story it is becoming more understood. I had a wonderful teaching career, and amazing husband, a beautiful home and an abundance of friendships yet I was depressed. I just wish everyone who is so severely depressed could get the help I did with a caring Psychiatrist who did what was in my best interest and welfare.

A mental health procedure called ECT or electroshock needs to come to light. Looking for patients that have had ECT in the past 3 years who may be interested in pursuing medical malpractice claims around their damages. Please contact Deborah, former owner of http://ectjustice.com (http://ectjustice.com) at [email protected] To learn more, also see 6 videos on YouTube under heading ds electroshock.