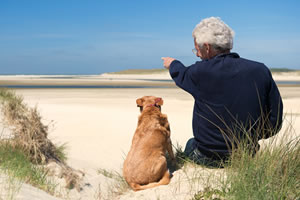 Bette Davis had it right – aging comes with its own set of problems. At least one of the problems is over-medication. It seems as if doctors are unwilling to wait and see with the elderly.

Recently, a close friend nearly lost her father to side effects of drugs that were probably improperly ordered. Her father is nearly 87 years old. He’s generally healthy and takes only vitamin D and B6. After his wife died he moved into a senior community where he developed a large group of friends that he meets for happy hour every day and a smaller group of them that eat dinner together each night. He walks the dog  and lives on his own in his apartment.

A couple of weeks ago he fell getting out of the shower. His daughter found him patiently lying on the floor waiting for her. He had not pushed the “help me” button on his wristband. He was calm but confused. He claimed to be dizzy and he collapsed in a faint when helped to his feet. His daughter called for an ambulance and went with him to the ER.

The doctors established that he had not broken any bones. A CT scan on his brain and an EKG for his heart established that both were fine. No stroke, no heart attack, no reason for the fall. He was grumpy and unhelpful with the nurses. He kept asking to go home and was anxious about his dog.

It was recommended that he stay in the hospital overnight because he was still confused and unable to walk. The daughter mentioned he has a cocktail most nights. Since he wasn’t on any medicine could she bring him a cocktail in the hospital, she inquired? She was told they would give him their version of a cocktail. She left him in their care.

A few hours later the hospital called the daughter. The father was very agitated, could the daughter come back to try to calm him? She discovered that they had given him a sedative and started him on a drug for high blood presesure, something he’d never had before. She stayed with him until he fell asleep.

The next morning the father awoke even more confused. He didn’t know where he was or why he was there. He wanted to go home and see his dog. The daughter asked the doctor what that “cocktail” was the night before. Ativan, they told her, a sedative often used for alcoholics. The side effect of Ativan is confusion and agitation. Based only on the daughter’s claim that the father had a drink nightly, the doctors treated him as an alcoholic. They had already given him a third dose of Ativan that morning.

The daughter was upset and felt misled by the doctors. Her father had no history of alcoholism and the family had every expectation that he would resume his nightly cocktail when he returned home. Why wean an 87-year old off alcohol unnecessarily?

The Ativan knocked him out for most of that day and when he awoke his confusion, agitation and (now) anger was worse. He refused to try to walk with the physical therapist. The doctor in charge of the ER said to the daughter, “Put him in a home. His mind’s gone. He’s done.” The daughter insisted that his mind was fine 36 hours ago. She asked that they call a neurologist and take him off the Ativan.

The doctors switched the father’s prescription to Librium. His confusion and agitation persisted and the physical therapists still couldn’t get him walking. The doctors told the daughter that he would have to move into assisted living. They said her father was too confused and unsteady to live independently any more. She looked up Librium on the internet and found it causes muscle weakness and confusion, the two symptoms that were causing the doctors to recommend assisted living.

On day 3 a neurologist arrived. He diagnosed an inner ear infection that likely caused the dizziness and fall. With that information, the daughter insisted he be taken off all medicine. Within 12 hours her father’s confusion and dizziness was gone. His agitation subsided into grumpiness. More importantly, he could finally participate in his own healing process. Instead of fighting the physical therapists, he asked for their help to stand and start walking again. The father could look at a picture of his dog and know the dog was OK, so he could focus on getting home.

It takes time for a senior to recover balance and strength after 3 days of being in a hospital bed. The father was sent to a rehab facility for exercises, an expense to our health system that probably would have been avoided if he had not been given medicines he never needed.

In all, the father was swallowed into the healthcare system for more than a week for an inner ear infection that cleared up on its own (the hospital never gave him treatment for that). The doctors focused on the side effects of the very medicine they gave the father! This escalated treatment far beyond common sense. The sedatives got in the way of assessing any improvement, so effective medical care could not take place

My friend’s father is back home, in his own apartment with his dog and meeting his friends for dinner. The father refuses to take the blood pressure pills and the three other prescriptions the hospital gave him.

At the very least, drug side effects interfered with his getting the care he needed. At worst, the side effects of Ativan and Librium nearly got him sent into a home, potentially over-medicated for the rest of his life.

How do we protect our seniors from this hospital experience? Doctors and nurses are highly trained and work hard to give the best care possible to each patient. But mistakes like this have and will continue to happen. I’m wishing for an informative blog on: “10 Ways to Keep Your Family Safe in the Hospital.” But the blog would recommend steps the daughter did in fact take: the father had a family member with him throughout the experience, the daughter advocated for her dad, she asked questions, and she persisted when the hospital wanted to give up. And still he didn’t get the care he should have.

Please write on our Facebook page about what steps have worked for you and your family. What did she do wrong? What could the daughter have done better? If we get some good ideas, I’ll be glad to write that blog so that when any of us have to go to the hospital or take loved ones to the ER, we can work with the medical team for the best possible outcome.

How to Take Fewer Medications

Shore Up Your Oral Defenses for Better Health