Recap: Raising Awareness About the Side Effects of Medicines 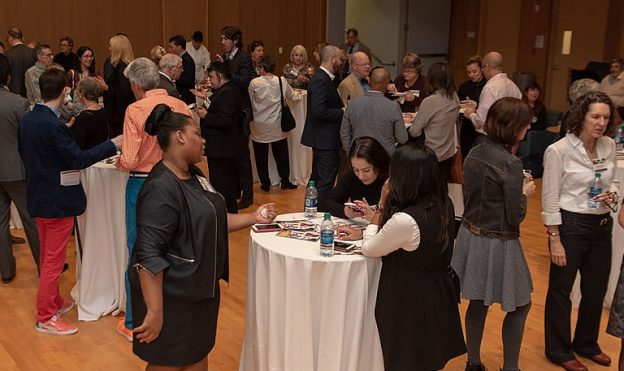 November 1 was an important day in the history of MedShadow Foundation. We held our first ever event, “Raising Awareness About the Side Effects of Medications,” in New York City. Patients, patient advocates, medical professionals, political leaders and others came together to listen to a diverse group of speakers. The objective was to bring together like-minded individuals to bolster efforts to inform the public about medicines to improve their health care.

Opening remarks were made by MedShadow Founder and Executive Director Suzanne Robotti (above), who explained why you should care about side effects. She mentioned two sobering statistics. The first is that about two million people end up in the hospital each year as a result of an adverse drug reactions (ADRs) and about 100,000 people die each year as a result of ADRs. She also talked about her own side effects story involving the synthetic estrogen diethylstilbestrol, or DES, which was given to her mother and led to Robotti’s inability to have children. You can read more about Robotti and her side effects story on our site.

Joseph Ross, MD, MPH (above), a professor at Yale School of Medicine whose research has focused on how the FDA approves new drugs, was the first speaker. His remarks focused on a JAMA study he worked on that was published last year that found about a third of new drugs approved by the FDA have safety issues that don’t become apparent until after the drug is on the market. He also noted that the FDA approves more drug than any of its counterpart agencies around the world.

Lisa Saenz (above), a social worker who is also the development coordinator for ASHES (Advocating for Safety in Healthcare E-Sisters), a non-profit fighting to improve medical device safety, spoke about her experience with Essure, a birth control device that has harmed tens of thousands of women. Even though many women have had the device removed, they continue to suffer long-term health problems after removal. (Bayer, Essure’s manufacturer, has said it will stop selling the device by the end of the year). She also called for more education and advocacy to raise awareness about the safety of medical devices and drugs.

Lillie Rosenthal, DO (above), a physician who focuses on lifestyle medicine, said that our current health system is broken because too many doctors believe treatment is a “pill for an ill” and visits last an average of six minutes. She noted that many chronic diseases can be prevented through a 5-point “prescription” focused on lifestyle medicine: eating the right foods; getting exercise; getting enough sleep; managing stress; and minimizing vices.

Noah Rubinstein (above), an acupuncturist, clinical herbalist and co-director of the YinOva Center, talked about how acupuncture can help reduce the need for medications, and how Eastern medicine can complement Western medicine. Rubinstein addressed this further in a piece for MedShadow last year.

Hospitalist Varun Verma, MD (above), of Jefferson Cherry Hill Hospital in New Jersey, discussed how patients can talk to their doctor about side effect concerns. It is important for patients to not only have an accurate record of the drugs they are taking, but supplements and over-the-counter medications as well. MedShadow has developed a downloadable guide with questions to ask your healthcare provider as well as ways to be smart and safe with medicines.

The evening’s final speaker was Rep. Carolyn Maloney (above), who represents New York’s 12th congressional district. Rep. Maloney spoke of MedShadow’s tireless work in educating the public about weighing the risks and benefits of medicine. She also mentioned that MedShadow provided her with important information about the deceptively named “Right-to-Try” legislation, a bill that protects drug companies more than it helps patients.

Robotti wrapped up the event by asking the audience to remember 3 things: