Side Effects of Shingles Vaccine Are Common, but Short-Lived 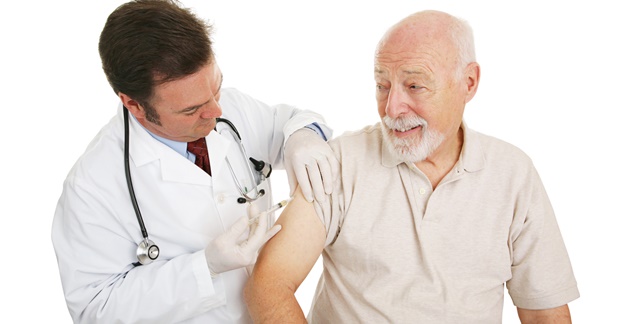 Shingles is not your average rash. The painful, itchy red stripe caused by shingles can last up to 10 days, while long-term nerve pain, a common complication, can persist for months or years. In the rare event that the outbreak appears on your face, it can even cause blindness. Luckily, there’s a two-dose vaccine, Shingrix (zoster vaccine recombinant, adjuvanted), that can prevent the disease. It’s recommended for people 50 years and older, even if you’ve already had shingles, and those 19 and older who are immunosuppressed.

Shingles is a unique disease in that it’s not caused by a new infection. It’s a reactivation of the herpes zoster virus that causes chickenpox in children. After you recover from chickenpox, the virus lays dormant in your body for decades. It can be reignited to cause shingles at any age, especially if you are immunocompromised. The risk of the disease emerging increases as you age.

In 2006, the Food and Drug Administration (FDA) approved a vaccine called Zostavax to prevent shingles, but it wasn’t especially popular. Twelve years later, only about 30% of eligible seniors had gotten it. Experts believe there were several reasons for the limited uptake. Pharmacies and doctors may not have stored enough because it needed to be kept in a special freezer. The primary insurance provider for many seniors, Medicare, didn’t always cover the costs. The shingles vaccine sometimes caused arm pain and fevers that interfered with activity. Lastly, Zostavax only prevented 51% of shingles cases and caused 67% of nerve-pain complications, so some patients may not have believed the hassle was worth it, Rita Colorito reported for MedShadow in 2018.

Another Jab at Shingles

In October 2018, the FDA approved Shingrix, a two-shot shingles vaccine for patients 50 and older. To be the most effective, patients must get the second shot between two to six months after the first. Clinical trials demonstrated that it was 91% to 97% effective in preventing shingles, and that protection seems to stay strong, at least for the first four years in the patients who were tracked.

“There has slowly been [an] uptick, but [there’s] still [a] very large group of those aged 50 and older who have not received it,” says Natalie Baker, DNP, president of the gerontological advanced practice nursing association (GAPNA).

Given its improved efficacy and the fact that the efficacy of Zostavax wanes over the course of a few years, regulators recommended getting the Shingrix shingles vaccine shots even if you already received Zostavax, which was discontinued in 2020. “A lot of our older adults have received Zostavax, but, unfortunately, it just does not continue to be effective,” she says, explaining that even those patients should get the Shingrix vaccine.

Side Effects of Shingles Vaccine, Shingrix

Shingrix comes with one drawback, though, according to the Centers for Disease Control and Prevention (CDC). Some of the common side effects of the shingles vaccine, like arm pain, redness at the injection site, muscle pain and fevers became more common. They can last up to three days and be intense enough to limit your activity during that time.

Injection-site reactions during the clinical trial were common. Here’s what patients experienced:

If you have pain or swelling at the injection site, Baker says, “You can take Tylenol or ibuprofen. ” She adds that injection-site reactions like pain, redness and swelling “[are] expected and normal.”

Systemic effects were also common, with 10% of people reporting that  the symptoms were intense enough to limit their activity. Others reported the following:

If you are experiencing systemic symptoms after taking the vaccination, Baker says, “It’s certainly fine to take [over-the-counter (OTC) painkillers] through the first two to three days when having symptoms.” If the symptoms last longer than that, she says it’s time to call your healthcare provider.

The vaccine also may increase the risk of Guillain-Barre syndrome, a rare complication that can cause temporary paralysis.

As with any vaccine, anaphylactic shock is less likely, but a possible reaction. If you have hives, swelling of the face or throat, difficulty breathing or an elevated heart rate within hours of receiving the vaccine, you should contact your healthcare provider right away.

If you do contract shingles, you can use OTC pain relievers or anti-itch lotions, or you may be prescribed one of three antivirals: acyclovir, valacyclovir or famciclovir. The sooner you take one after you first see a rash forming, the more effective it will be.

Side effects of acyclovir include:

Side effects of valacyclovir include:

Side effects of famciclovir include:

Baker understands why patients may be worried about fevers and other side effects as a result of taking the Shingrix vaccine. She often uses OTC painkillers herself when receiving shots. However, she encourages patients to get the Shingrix vaccine anyway. She adds,“Even though we anticipate having some bothersome side effects for two to three days, that is definitely better than having to actually have shingles and then experiencing the post-herpetic neuralgia,” or long-term nerve pain, associated with the disease.

My husband’s symptoms of 103 degree fever with alternating chills and sweats lasted 2 weeks! 2 doctor office visits plus an emergency room visit. I do not recommend this!