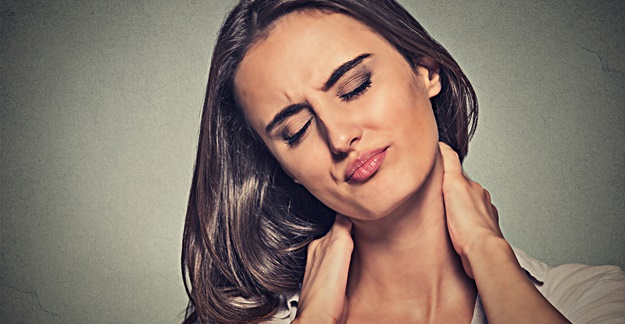 Fibromyalgia is one of those conditions that frustrates doctors and patients. Some question it’s even a real thing, although the American College of Rheumatology, other medical groups and the FDA recognize it. An estimated 2% to 4% of Americans suffer from it.

The research is very mushy and inconclusive as to fibromyalgia’s causes, symptoms, biological manifestations and treatment. For example, people with fibromyalgia can experience pain and tenderness almost anywhere — neck, shoulders, back, hips, arms, legs, all their joints, etc.

There’s no diagnostic test yet so the American College of Rheumatology has set the following criteria for the formal diagnosis: Pain in numerous parts of the body for at least 3 months and the presence of at least 11 of 18 specified “tender points” on examination.

There are as many potential treatments for fibromyalgia as there are symptoms. Because drug interventions have been shown to be either not effective or effective only with some people and only sometimes, it’s best to start with yoga, exercise, meditation, mindfulness, guided relaxation and stress reduction

The list of medications used for fibromyalgia are troublesome. It’s a kitchen sink of different kinds of drugs, many of which can cause significant adverse events and side effects, especially when used in combination. Both studies and online sites indicate that it’s not uncommon for people with a diagnosis of fibromyalgia to take several kinds of drugs. (For example, see drugs.com’s patient/consumer review page for drugs to treat fibromyalgia.)

Among the drugs prescribed are over-the-counter pain relievers (not effective), opioid painkillers (no evidence of effectiveness), antidepressants, muscle relaxants, antiepileptics and insomnia drugs. The only medicines that have been tested to be somewhat effective with fibromyalgia are Lyrica (pregabalin, an antiepileptic), Cymbalta (duloxetine, an antidepressant), and Savella (milnacipran, another antidepressant). Be aware that all other medicines that might be prescribed to you are off-label uses, they have not been tested for safety or effectiveness for fibromyalgia.

The table below lists some of the risks and potential side effects of the classes and individual medicines most widely prescribed to treat fibromyalgia. But the real problem is when the drugs are used in combination. For example, many of these medicines cause drowsiness, sedation, dizziness, unsteadiness and mental confusion. An overwhelming body of research indicates that such effects are additive and exacerbated when multiple drugs are taken.

Possible Side Effects of the Fibromyalgia Drugs

A 2014 report on fibromyalgia from Consumer Reports Best Buy Drugs concludes: (a) the evidence for the effectiveness of treatment with any of the above-mentioned classes of drugs is “weak;” (b) the benefits patients get from drugs is generally small or not long-lasting; (c) there are no studies showing one class of drug — or individual drug — is better than another, and (d) there are too few studies examining combination treatments to render a judgment about the effectiveness of combination therapy.

✔ Try non-drug therapies either first or in combination with medication.

✔ OTC pain relievers such as Advil (ibuprofen), Aleve (naproxen) and Tylenol (acetaminophen) don’t appear to do much, if any, good.

✔ Since the effectiveness of one drug may wane over time, you may have to switch to another medication.

✔ Don’t take opioids/narcotic painkillers since there’s no good evidence they offer long-term relief from the pain associated with fibromyalgia.

✔ Avoid expensive brand-name medicines since, if you and your doctor concur that drug treatment is warranted, many of the drugs available to treat fibromyalgia are generic.